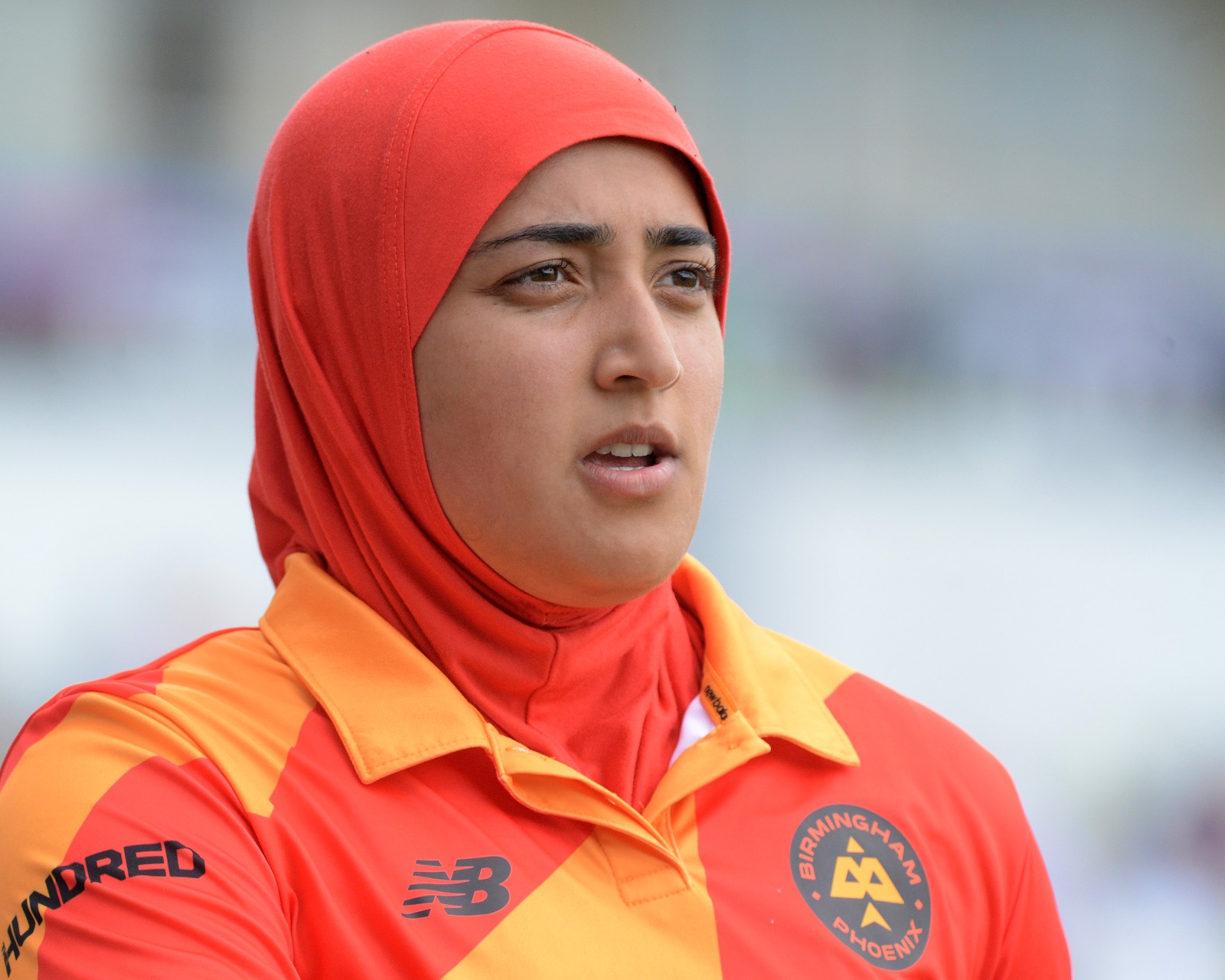 The 16ft graffiti artwork at Marlborough Primary School aims to inspire Muslim girls in the local area to take up the sport.

The painting, by Birmingham artist Lucy Danielle, was commissioned to celebrate the 23-year-old signing another year with local team Birmingham Phoenix for The Hundred tournament, which starts again next month.

Abtaha was there to unveil the mural, take questions from the schoolgirls from Leigh Trust's schools and play a game of cricket with them.

Our children had such a brilliant afternoon yesterday at @MarlboroughPrim. They had the opportunity to meet one of our sporting role models @abtaha_m and ask her lots of questions about her journey in cricket 🏏 they left feeling so inspired! @thehundred pic.twitter.com/DKPXqdJywM

Last year, Islam Channel sat down with the hijabi role model and talked to her about her rise in the game.

The Scottish international said it was "surreal experience" to see her face on the wall.

"When I got told about the mural I was not expecting it - I had no idea I had made such a big impact," she told the BBC.

"There are some cultural barriers out there, especially when it comes to South Asian girls playing sport.

"I didn't face those barriers too much, but I know for a fact there's still that mindset out there… that girls shouldn't be playing cricket and they should stay at home - that's why we need things like this to hopefully inspire as many people to go and live their dream."

She added: "I hope even if at least a handful start playing cricket then that's a bonus for me."

Read: CRICKETER ADIL RASHID TELLS US ABOUT HIS HAJJ JOURNEY

Before Ramadan, Abtaha spoke about the challenges of playing cricket and fasting alongside fellow cricketers Haseeb Hameed, Adil Rashid and Moeen Ali.