Bella Hadid says she regrets not being raised amongst Muslims 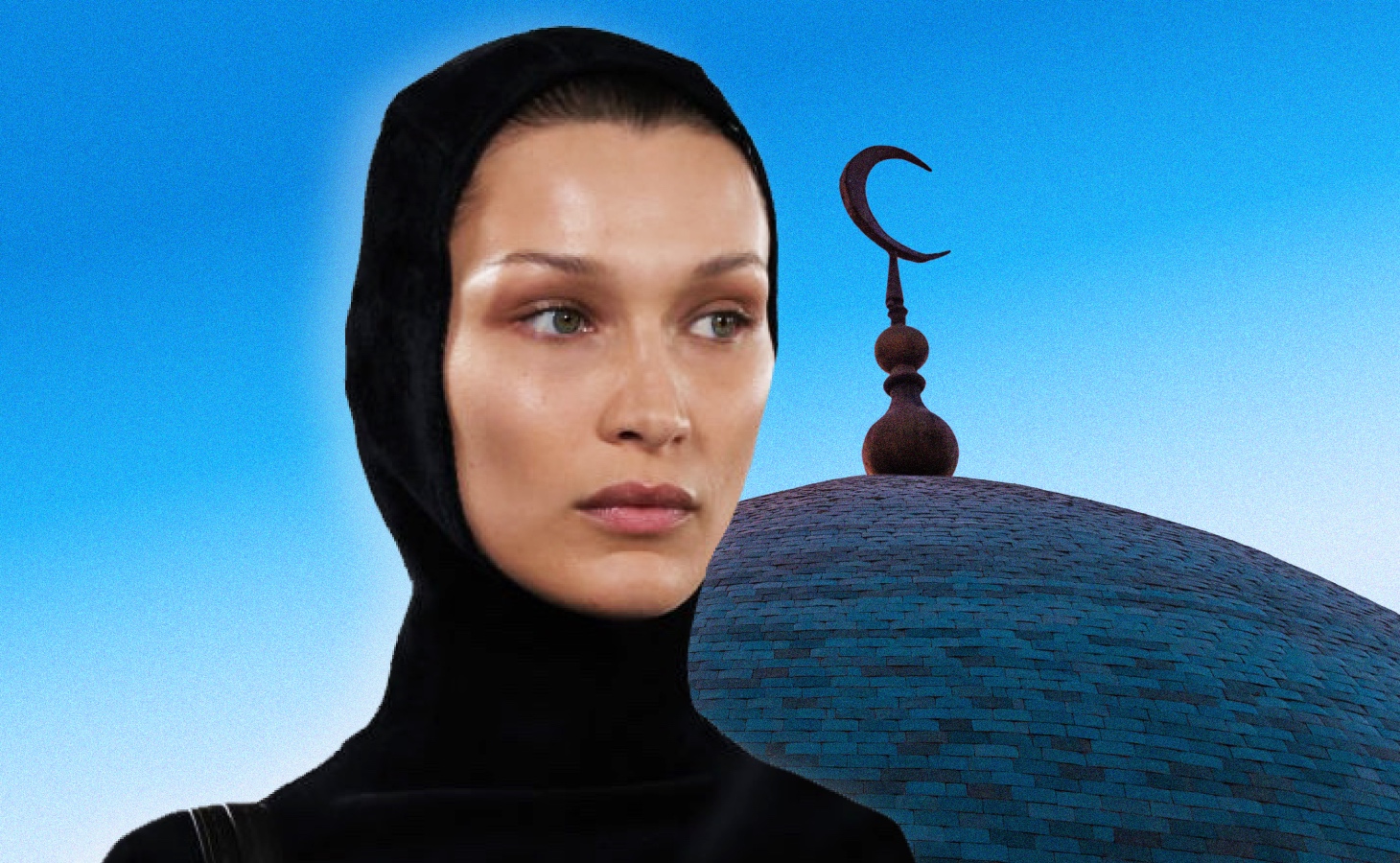 Model Bella Hadid said she was denied the opportunity to live in "a Muslim culture" and said she would continue supporting Palestine even if it risks her profession.

In an interview with GQ magazine, the 25-year-old said one of her biggest regrets was not to be raised around Muslim people after her parents divorced in 2000.

“I would have loved to grow up and be with my dad every day and studying and really being able to practice, just in general being able to live in a Muslim culture,” she said. “But I wasn’t given that.”

Bella, daughter of Palestinian real estate developer Mohamed Hadid, moved to California when she was four after the divorce. She said she was the only Arab girl in her classes and that she faced some racist abuse in her teens.

“I was never able to see myself in anything else, so I tried to just sit back,” she said. “For so long I was missing that part of me, and it made me really, really sad and lonely.”

Bella makes her acting debut on the Hulu series Ramy, where she said she was able to reconnect with her Muslim and Palestinian heritage.

On the first day on set, the crew surprised her with a “Free Palestine" T-shirt. The gesture made her weep. “I couldn’t handle my emotions,” Hadid said. “Growing up and being Arab, it was the first time that I’d ever been with like-minded people. I was able to see myself.”

Her friendship with the creator of the series, Ramy Youssef, allowed her to appreciate her faith more: “There was one time where Ramy came over during Ramadan and allowed me to pray with him. And it was one of the most beautiful moments of my adult life.”

Bella has been vocal about Muslim issues and Palestine in the past year.

“I speak about [this stuff] for the elderly that are still living there that have never been able to see Palestine free, and for the children that can still grow up and have a beautiful life," said Bella.

Despite being unpopular in some quarters for supporting the Palestine cause, Bella said she wouldn't compromise her beliefs.

“I realised that I’m not on this earth to be a model,” she said. “I’m so lucky and blessed that I’m in a position where I can speak out the way that I do. And really, the downfall is what? That I lose my job?

Earlier in the year, she called out the discrimination Muslim women who wear the hijab face, especially in countries like France and India, and urged people to do more and "stand up for your Muslim friends."

When Russia invaded Ukraine, Bella noticed the double standards of the west's reaction to the war compared to others and said the Muslim suffering deserved the same outrage.

Her younger sister and fellow model, Gigi Hadid, also drew parallels between the suffering of Palestinans and Ukrainians.