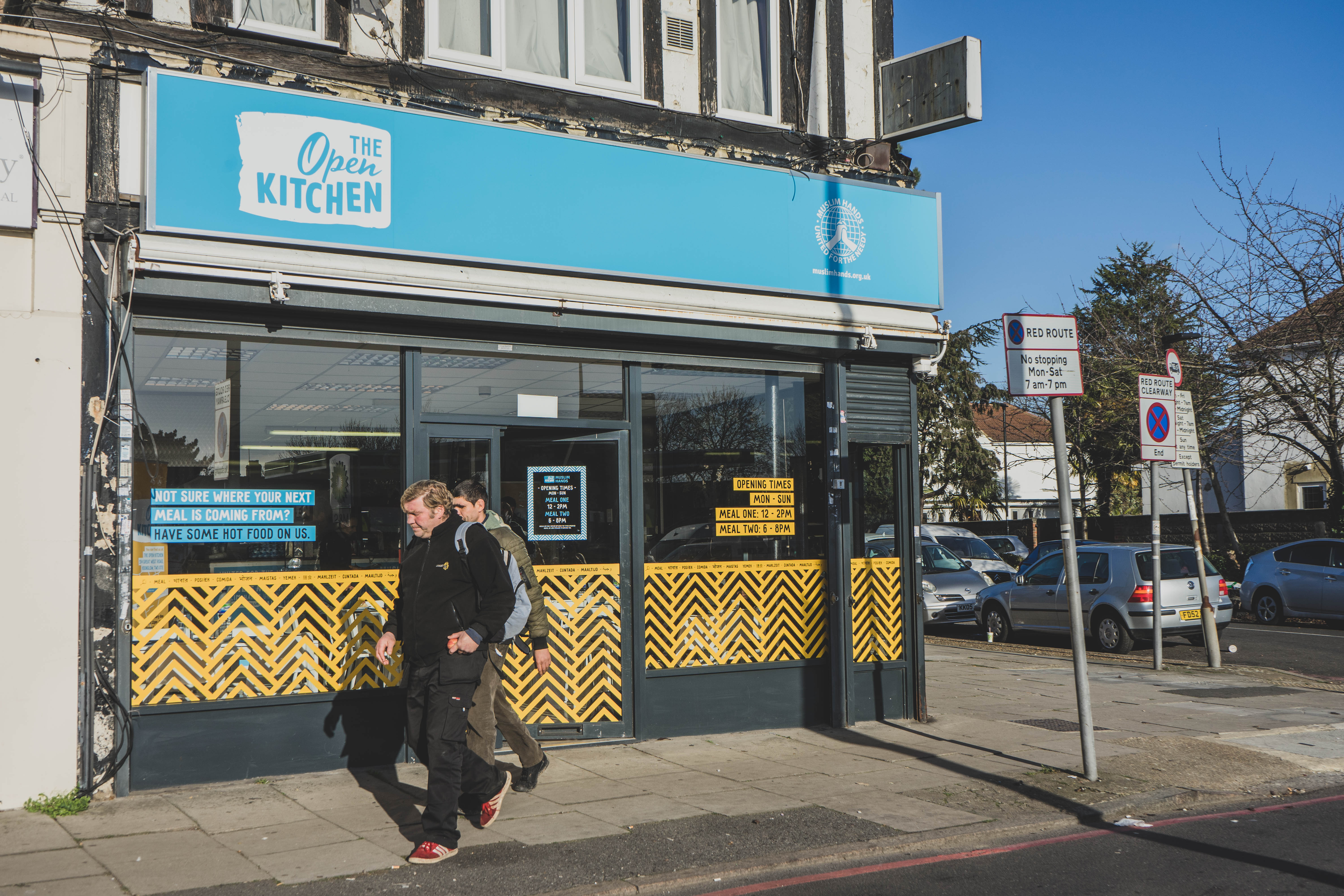 Football fans may be disappointed by the recent spate of match postponements due to the Covid outbreak, but a Muslim charity benefited from Brentford's cancelled match against Manchester United last week.

The Bees donated food and packed lunches from their postponed game to the Open Kitchen in Hounslow - an initiative run by Muslim hands that helps tackle food poverty in West London.

Brentford were due to play United on Tuesday 14 December, but the Premier League cancelled the game because of a Covid outbreak in the United squad.

Much of the food for the fixture was already in the stadium so, instead of seeing it go to waste, Brentford donated the lunches to the Open Kitchen.

Muslim Hands said the donation helped feed over 150 people, including families from low-income households, those experiencing homelessness and refugees who visit the kitchen every day.

"We were overwhelmed by the generosity of Brentford FC to make this donation," said Ehsan Choudhry, the Open Kitchen Manager in Hounslow.

"Not only did the donation help feed our service users but being a well-known professional football club, their position and standing in our community will encourage fans from all generations and walks of life to support vital projects like the Open Kitchen.

"It removes the stigma around people seeking support, encourages conversation and signposts where support can be found."

Food poverty is growing in the UK, with 1 in 5 people struggling to put food on the table. It was one of the reasons why Muslim Hands opened its kitchen in December 2018.

The Open Kitchen has served over 200,000 hot meals to rough sleepers, low-income families and needy children in Hounslow.

Run by locals, it welcomes everyone and provides food to take away every day, including bank holidays.

"The Open Kitchen is a testament to our Islamic faith, where we are reminded of the teachings of the Prophet Muhammad (PBUH), that he is not a believer whose stomach is filled while his neighbour goes hungry," said Ehsan.

"We have seen the Muslim community across the UK really step up during the pandemic, whether it is through volunteering or donating to important causes like the Open Kitchen, that support people from all walks of life regardless of faith and background.

"We are proud of the legacy that we have planted in the heart of Hounslow, which we owe to our dedicated and hardworking volunteers and supporters like Brentford FC."

Tackling food poverty in the community

Muslim Hands said it wants to build a partnership with Brentford Football Club to help more people and raise awareness of food poverty in the UK.

"But there is always a way to turn bad news into good by being able to work with our friends at the Muslim Hands UK Open Kitchen in Hounslow," he added.

"We had a lot of food that would have gone to waste and it has now found a good home.

“Muslim Hands UK do great work tackling food poverty in the local area and we were very pleased we could help. We consider ourselves a very important part of the community in our part of London and this is just one way we can assist.”

If you want to support the Open Kitchen through donations or by volunteering visit muslimhands.org.uk