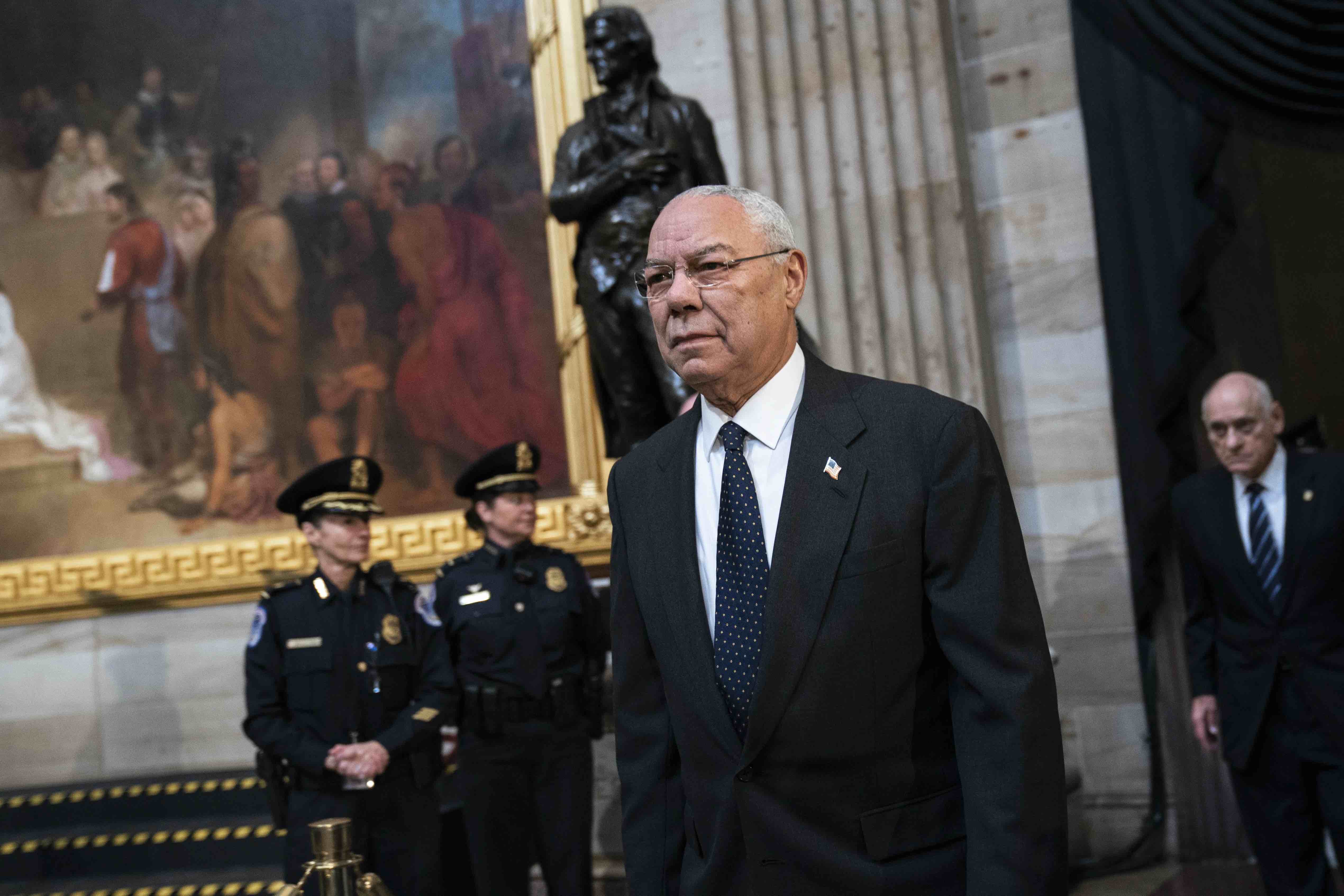 Colin Powell, who became the first black secretary of state, but saw his legacy tarnished when he made the case for the invasion of Iraq in 2003, died on Monday after suffering complications from Covid-19.

Powell, who was 84, was seen as a 'dove' in the neocon government of George W Bush but he played a key role in facilitating the war in Iraq.

His infamous February 2003 speech to the United Nations Security Council about the alleged existence of weapons of mass destruction in Iraq, was later proven to be false.

“My colleagues, every statement I make today is backed up by sources, solid sources,” he said in the 5 February 2003 briefing. “These are not assertions. What we’re giving you are facts and conclusions based on solid intelligence.”

After resigning from his post, Powell said in a 2005 interview with ABC News about the UN speech: "It's a blot... and will always be a part of my record. It was painful. It's painful now."

No weapons of mass destruction were found but the US-led war and occupation led to the death of nearly 200,000 Iraqi civilians as well as cases of abuse and torture in US military prisons such as Abu Ghraib.

The rebellion that emerged from the occupation also led to decades of deadly sectarian violence that spilled over to neighbouring countries and helped give rise to Daesh (ISIL).

In Iraq, Powell's role in the war has not been forgotten by the public.

“I am saddened by the death of Colin Powell without being tried for his crimes in Iraq … But I am sure that the court of God will be waiting for him,” tweeted Muntadher al-Zaidi, the Iraqi journalist who threw his shoes at then-President George W Bush during a 2008 news conference in Baghdad.

I am saddened by the death of Colin Powell without being tried for his crimes in Iraq .. But I am sure that the court of God will be waiting for him


"The man died, but we will not forget what he did to Iraq and his wrong policy, which led to today,” Mohammad Al-Kenani, an Iraqi citizen told AFP. “He was difficult to handle and did not want the stability of Iraq."

Another citizen, Amin Ahmed, said: "His failed policy led to the destruction and to all what befell Iraq and it unfortunately took us backwards."

The retired four-star general and former head of the Joint Chiefs of Staff served under four presidents.

In 2008, he distanced himself from the Republican Party and endorsed Barack Obama as president.

On NBC's Meet the Press in 2008, he attacked the Republican Party for suggesting Obama was Muslim, adding: "'What if he is?' Is there something wrong with being a Muslim in this country? The answer's no, that's not America."