Cycling Imam on a mission to get Oldham community healthier 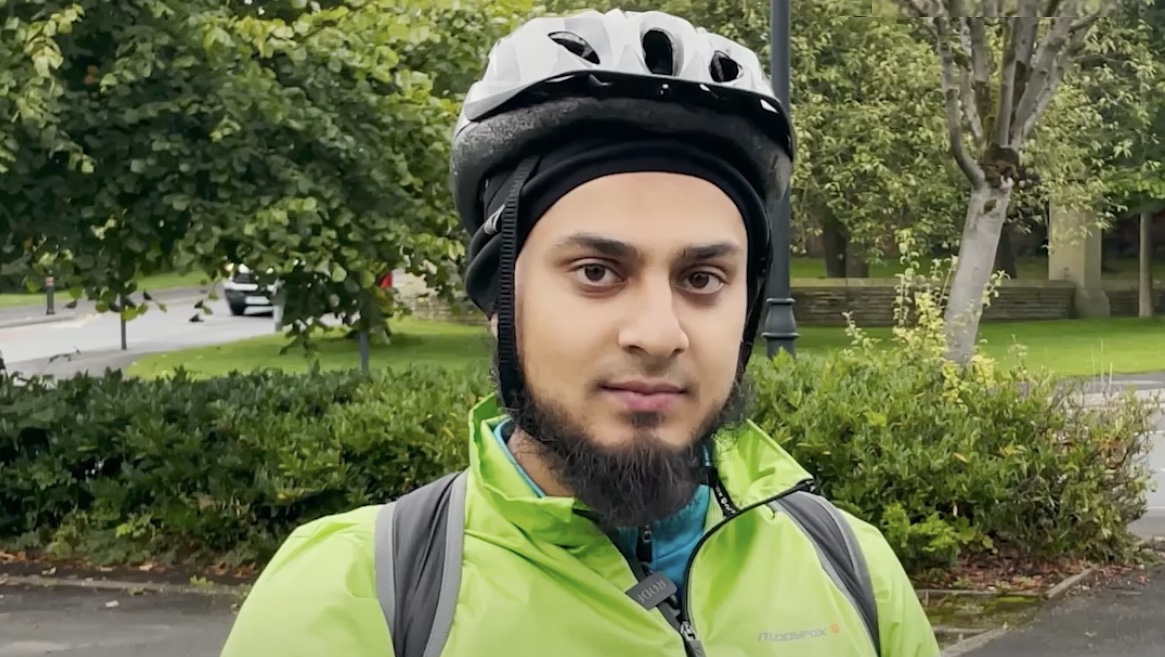 What started as a hobby for a local Imam, has grown into something very positive for the community in Oldham. Atiq Rahman took up cycling a couple of years ago and set up the ‘Cycling Imaam’ club, which encourages members of the local community to be healthy by cycling and hiking.

The faith leader from the Jalalabad Mosque in Oldham has racked up more than 6000 miles over the past year on his bike and raised more than £150k for various charities. He was also a finalist at the recent British Muslim Awards.

His achievements have been recognised by the local council, which provides funding for the club to expand and promote its message of fitness to the wider community.

“Before November 2021 the ‘Cycling Imaam’ was an informal club so we decided to formalise ourselves and have since received funding from Oldham Council and from many other organisations.” says the 30-year-old father of three.

“We now have forty participants affiliated with our organisation. We carry out charitable work but our main focus is on fitness and good mental health.”

Atiq was clinically obese before he started cycling. He has lost five stones by just riding his bike, without even going on a diet. Every month he cycles about 300-400 miles.

He says: “In August 2020, I weighed myself and was shocked to find that I weighed 17 stones. I was huge and basically obese. I couldn’t believe that I had put on so much weight. I went on a charity hike with a group of friends and struggled so much - it was a reality check for me as I realised how I had neglected myself.

“Previously I used to play football regularly and was very active but I was unable to carry out even a short hike. I realised I had to make a change in my lifestyle so I bought a second-hand bike, initially I could manage only 15 minutes and would become exhausted. At the time, even cycling for an hour was such a hard job.”

Members of the BAME community are more prone to develop diabetes and are at risk of many other health complications. There are over 40,000 Asians from Bangladeshi and Pakistani backgrounds who live in Oldham, so Atiq is conscious of the example he sets and the message he promotes.

“Islam encourages good physical and mental health. It is easy to speak about this issue but if you don’t act, then it is just talk. People need to see that the Imam of the mosque gives a speech about the importance of good health in the Friday sermon and follows his own advice.

“We want to spread our wings all over Oldham by starting activities and groups for everyone, including women and non-Muslims. All our events - be it cycling or hiking- are open to the entire population of Oldham.”

Atiq takes inspiration from the Prophet (SAW).  “Our Prophet has taught us that there are two blessings that many people are neglectful of – free time and good health.”

“Everyone either has free time or can make free time. We promote a healthy lifestyle, our message is you can be a teacher or an Imam and still make time for your health; you don’t have to go to the gym every day to get into shape,” Atiq adds.

Atiq is passionate about highlighting the importance of physical activity and mental health to the Muslim community.

“The Prophet (SAW) went through very difficult times such as the year when both his beloved wife Khadijah (RA) and his uncle Abu Talib passed away, so he also went through stress, grief and anxiety. We learn from Islam that if someone is going through a difficult time with their mental health, we have to highlight the positive aspects of the person’s life and remind them of their good memories.

“Many of the Prophet’s companions would approach him when they were faced with difficulties such as losing a family member or finding it difficult to cope with a variety of issues, so the Prophet (SAW) was also a counsellor to them on a one-to-one basis."

Atiq hopes that the physical exercise and communal nature of the cycling club will help more people to discuss, contemplate and be open about their physical and mental health issues.

“The Prophet taught us to reflect on our lives, to meditate and focus on our objectives and to have recap sessions daily and weekly. This helps people to overcome the battles they face on a daily basis.

“In society nowadays a lot of people bottle everything in for a long time which can result in an explosion and mental health problems. Having the outlet of talking to and asking from Allah prevents the explosion from happening.”