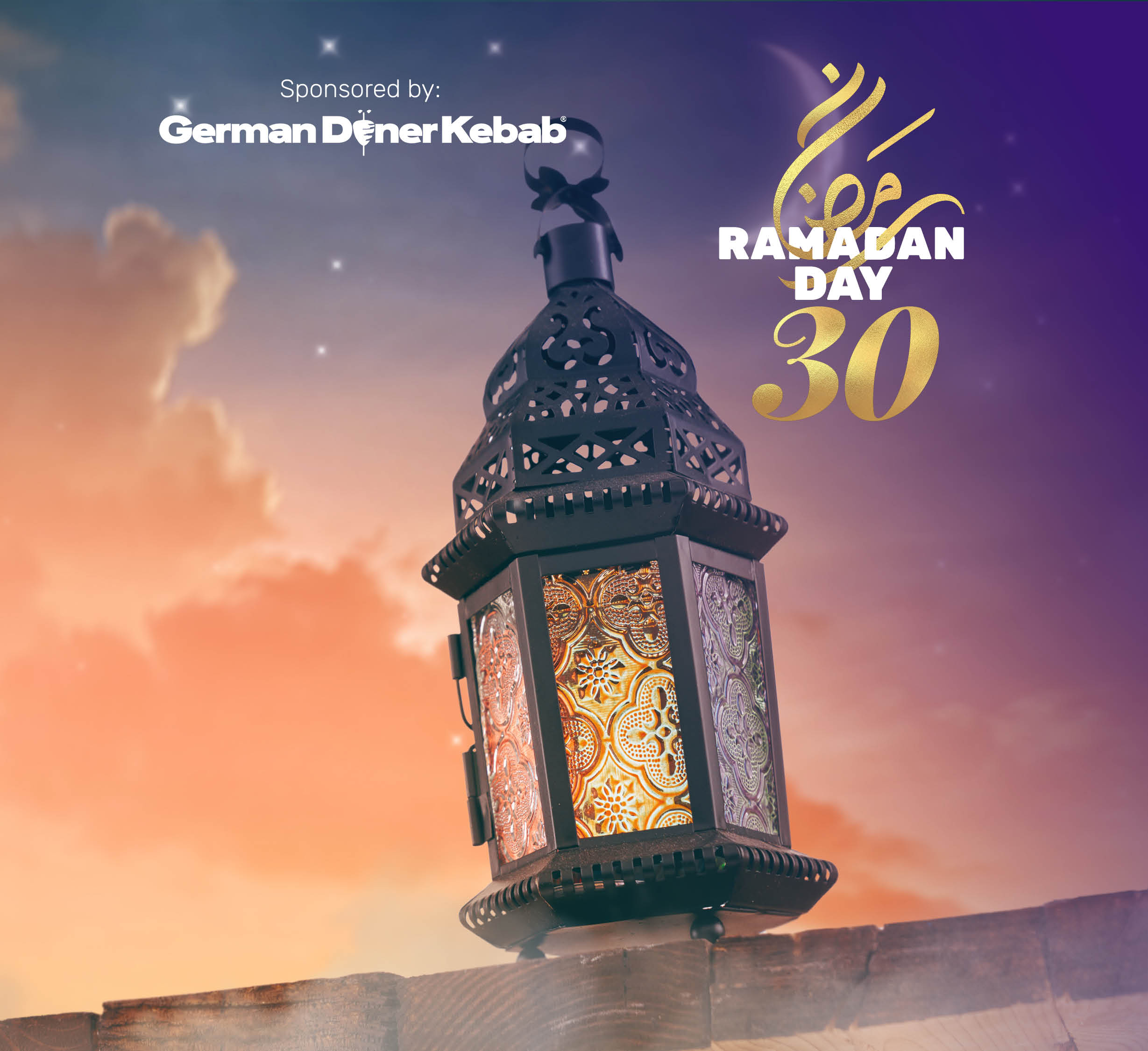 Each day during the holy month, we’ll share a short reminder from the Quran or hadith. Check this page every day to see the latest Ramadan reminder.

Day 30: Ramadan reflections: avoiding sins and maintaining good deeds.
ʿAlī ibn Abī Ṭālib said, “Be more concerned with Allāh’s acceptance of a good deed than with the doing of the good deed itself. Have you not heard Allāh saying: “Allāh only accepts from the people of taqwā.” (Ibn Abī al-Dunyā, Al-Ikhlās).

Day 29: The blessings of Eid
“…so that you may complete the prescribed period and proclaim the greatness of Allāh for guiding you, and perhaps you will be grateful” (Quran. 2:185).

Day 28: The end of Ramaḍān: a look at the months ahead
“They (the Ṣaḥāba) used to pray to Allāh for six months, may He be exalted, asking Him to cause them to reach Ramadan, and they used to call upon Him for six months asking Him to accept it from them.” (Latā’if al-Maʿārif, p. 148).

Day 27: Being an agent of Allah (SWT): making a difference where you can
“When your Lord told the angels, ‘I am putting a representative on earth...’” (Quran 2:30).

Day 26: Thinking about Zakat
“…recite as much as is easy for you, keep up the prayer, pay the Zakat, and make God a good loan. Whatever good you store up for yourselves will be improved and increased for you…” (Quran 73:20).

Day 25: Commitment to Allah (SWT)
“So keep to the right course as you have been commanded, together with those who have turned to God with you. Do not overstep the limits, for He sees everything you do.” (Quran 11:112).

Day 23: Ambitions, goals and Godliness
Anas ibn Malik reported: The Messenger of Allāh (SAW) said, “Even if the Resurrection were established upon one of you while he has in his hand a sapling, let him plant it.” (Musnad Aḥmad 12902).

Day 22: The night prayer
Narrated Abū Hurayra: The Prophet (SAW) said, "Whoever established prayers on Laylat al- Qadr out of sincere faith and hoping for a reward from Allāh, then all his previous sins will be forgiven..." (Ṣaḥīḥ al-Bukhārī 1901).

Day 21: Seeking Laylat al-Qadr
Ibn ʾUmar (Allāh be pleased with them) reported Allāh's Messenger (SAW) as saying: Seek it (Laylat al-Qadr) in the last (ten nights). If one among you shows slackness and weakness (in the earlier part of Ramaḍān), it should not be allowed to prevail upon him in the last week. (Ṣaḥīḥ Muslim 1165e).

Day 20: After hardship comes ease
“So truly where there is hardship there is also ease.” (Quran. 94:5)

Day 17: Battle of Badr
“Allāh helped you at Badr when you were very weak. Be mindful of Allāh, so that you may be grateful” (Quran 3:123).

Day 16: Purify one’s heart and intentions
Narrated ʾUmar bin Al-Khattab: I heard Allāh's Messenger (SAW) saying, "The reward of deeds depends upon the intentions and every person will get the reward according to what he has intended..." (Ṣaḥīḥ al-Bukhārī 1).

Day 15: Building consistency
It was narrated from Ibn ʾUmar that the Prophet (SAW) said: “O Allāh, bless my nation in their early mornings.” (Sunan Ibn Maja 2239).

Day 14: Communicating with Allah (SWT) through supplication
“If My servants ask you about Me, I am near. I respond to those who call Me, so let them respond to Me, and believe in Me, so that they may be guided.” (Quran 2:186).

Day 13: Gratitude increases blessings
“Remember that He promised, “If you are thankful, I will give you more, but if you are thankless, My punishment is terrible indeed.”” (Quran. 14:7).

Day 10: Connecting to Allah (SWT) through prayer
Umm Ḥabiba (the wife of the Prophet) reported Allah's (SWT) Messenger (SAW) as saying: “A house will be built in Paradise, for anyone who prays in a day and a night twelve rakat…” (Ṣaḥīḥ Muslim 728).

Day 9: Building a relationship with Allah (SWT):
“Those who remember God standing, sitting, and lying down, who reflect on the creation of the heavens and earth...” (Quran. 3:191).

Day 8: Engaging with the Quran
“This is the Scripture in which there is no doubt, containing guidance for those who are mindful of God”. (Quran. 2:2).

Day 7: Building a Ramadan plan with small but consistent deeds
Narrated ʾĀ’isha: Allāh's Messenger (SAW) said, “…the most beloved deed to Allāh is the most regular and constant even if it were little." (Ṣaḥīḥ al-Bukhārī 6464).

Day 4: Importance of suḥur and eating healthy
Narrated Anas bin Malik: The Prophet (SAW) said, "Eat suḥur as there is a blessing in it." (Ṣaḥīḥ al-Bukhārī 1923).

Day 3: Fasting for Allah (SWT)
Narrated Abū Hurayra: The Prophet (SAW) said, "Allāh said: The Fast is for Me and I will give the reward for it, as he leaves his sexual desire, food and drink for My sake..." (Ṣaḥīḥ al-Bukhārī 7492; Ṣaḥīḥ al-Bukhārī 5927).

Day 2: A golden opportunity to let your soul flourish
‍“We have sent the Scripture down to you with the Truth for people. Whoever follows the guidance does so for his own soul’s benefit…” (Quran. 39:41).

‍Day 1: Attaining Taqwa: Mindfulness and God-Consciousness
‍“You who believe, fasting is prescribed for you, as it was prescribed for those before you, so that you may be mindful of God.” (Quran. 2:183).

When is Laylat al-Qadr? The significance of the last ten nights of Ramadan

What are the health benefits of fasting in Ramadan

The different prayers in Ramadan and how they improve your Taqwa

The importance of Sadaqah in Ramadan

What to watch on Islam Channel this Ramadan

How you can watch

You can watch Islam Channel live on our website or on:

This Ramadan count is brought to you by German Doner Kebab