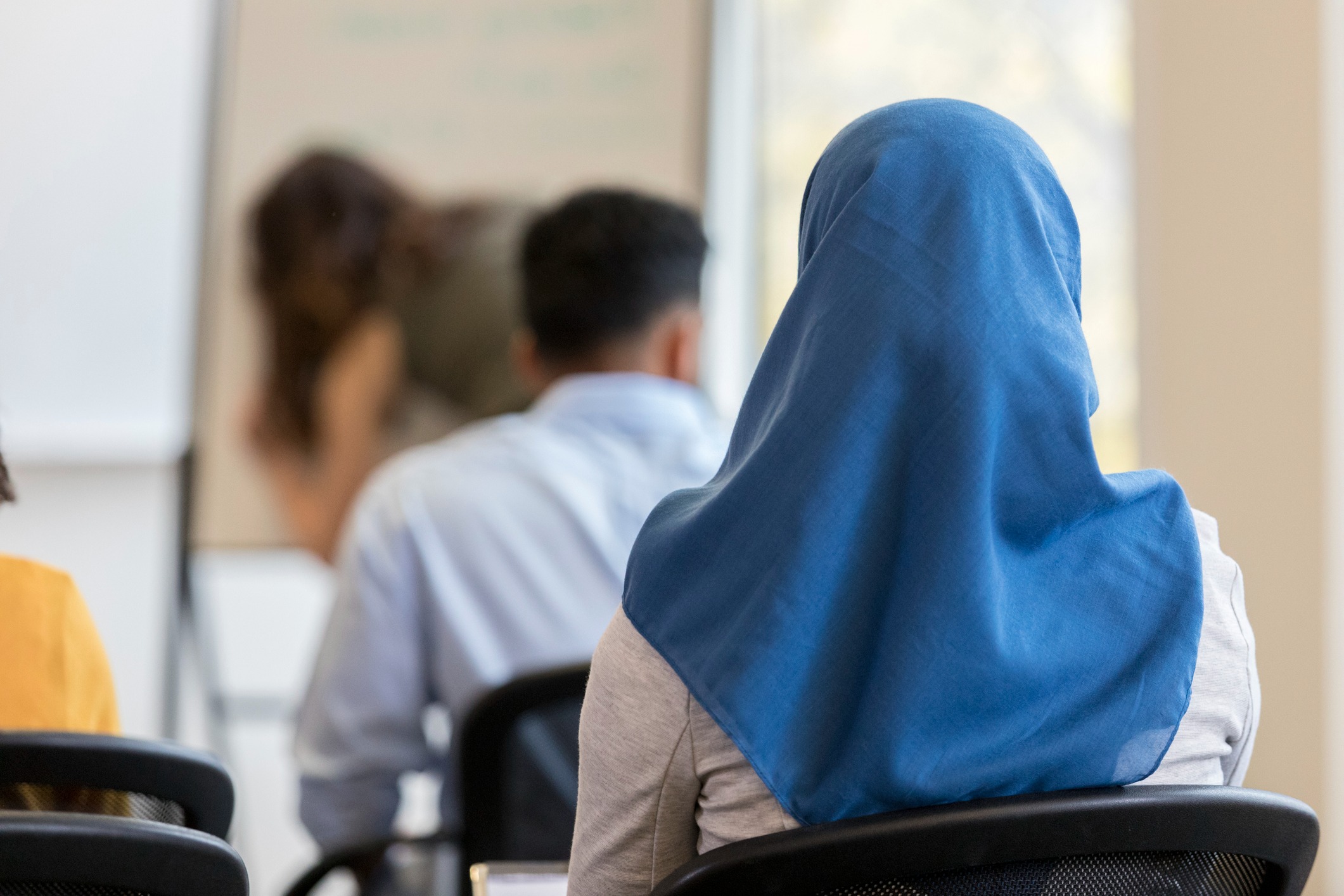 As two commissioners reverse their initial recommendation of a hijab ban in schools in Denmark, a new poll shows more than half of Danes do not support the ban.

Last week, a commission appointed by the Danish government made up of ten members recommended banning young girls from wearing the hijab in schools.

Two of those members have since said they no longer support the ban advice after the recommendation received negative press coverage and feedback from educators.

And it seems the public is against the advice too, with a recent poll showing that most Danes think the headscarf should not be banned in schools.

The government is not required to follow the recommendations made by the commission.

One commission member, former headteacher Lise Egholm, said she now believes older primary school students should be exempted from a potential ban. "We all become wiser in this debate, including those of us who sit on the commission,” she told broadcaster DR.

Another member, Kefa Abu Ras, wrote on her Facebook that she no longer supports the measure. Instead, she wants the hijab discouraged rather than banned in primary schools.

Analysts have noted that enforcing such a ban might be difficult as the Danish constitution and human rights laws guarantee freedom of religion.

The Danish Muslim organisation Dansk Islamisk Trossamfund criticised the hijab recommendations and said it would increase polarisation and cause harm in schools.

Danish Muslims are sharing a petition on social media against the ban, warning that it could be a slippery slope that restricts other religious freedoms. Back in 2018, Denmark banned the burqa and niqab.

Geneva-based rights group Euro-Med Human Rights Monitor said in a statement: "This conclusion is wholly premised on flawed and prejudiced views of Muslim minorities in Denmark and would contribute to fuelling discrimination, xenophobia, and intolerance against an already vulnerable group.

The group added that it would be "profoundly dangerous" to spread an association between the hijab and oppression, given Denmark's increasingly “hostile discourse and policies towards racial, ethnic, and Muslim minorities."

Not surprisingly, the ban advice has been welcomed by the far-tight anti-immigrant Danish People’s Party. The populist party has mooted similar bans in the past but has never gained parliamentary support.