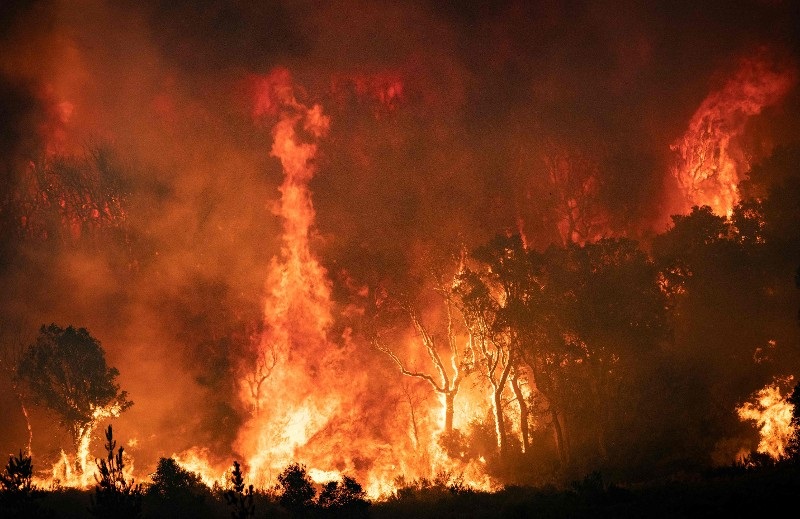 Forest fires that devastated the northern region of Morocco, which is the latest country in the Mediterranean region to be affected by natural disasters, are now under control.

Two separate blazes affected the town of Chefchaouen, "destroying almost 1,100 hectares (over 2,700 acres) of forest", according to Rachid El-Anzi, the regional director of the water and forestry department. Part of the reason for the severity of the fires is because of a heatwave affecting North Africa, with temperatures reaching up to 49c, alongside strong winds, according to weather authorities.

Firefighting planes sprayed water across the forest, which were also being used to control the fires.

On Saturday, when the fires first started, there were "non-stop efforts are underway to control the fires which broke out," said Rachid El-Anzi, director of the Moroccan water and forestry department in the Chefchaouen region. He added: "There have been no victims, as priority has been given to preventing fires approaching residential areas."

#CL415 #Canadair of the Royal Moroccan Air Force during their interventions on the #Chefchaouen fires #forestfires #Morocco #Moroccan pic.twitter.com/crnfQ65WGz

In neighbouring Algeria, forest fires ravaged the country where over 90 people died, including 33 soldiers, in 19 blazes. Authorities have arrested 36 people, including three women, following a man being suspected of having started one of the country's forest fires, which the authorities blamed on criminals.

And in Turkey, there was a total of 167 wildfires, which killed at least eight people and led to the evacuation of hotels in popular holiday resorts such as Marmaris, Içmeler, Bodrum and Manavgat in Antalya.