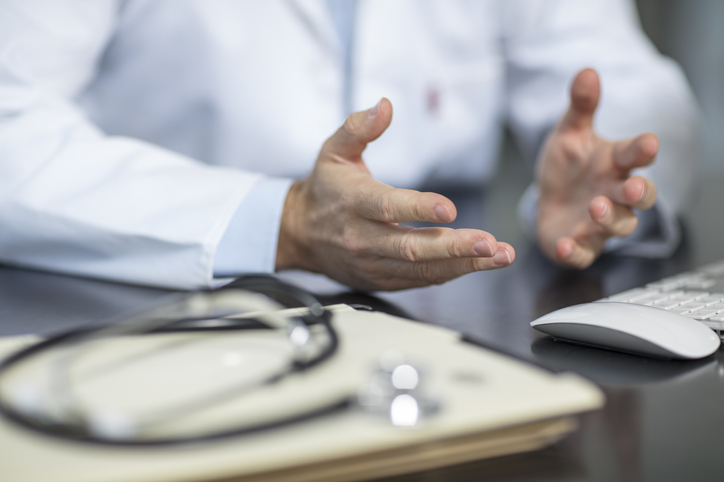 A GP could lose his job after being found guilty of serious misconduct for asking a Muslim woman to remove her veil when he had no reason to, and for making 'inappropriate' notes about the language skills of patients.

It also ruled that he was "impaired by reason of misconduct" after referring to patients' ability to speak English as "abysmal", "extremely wanting" and "terrible" in an email to colleagues.

The Tribunal said the doctor was "wrong" to ask a patient, known as Mrs Q, to remove her veil to "aid communication" during a consultation at Staffordshire's Royal Stoke University Hospital.

Dr Wolverson argued the patient "was difficult to understand due to her veil or strong accent". But the Tribunal found Mrs Q spoke good English and had no issue understanding her when she came to give evidence.

It deemed Dr Wolverson's request of her removing the veil as "inconsiderate" and did "not respect her dignity and privacy", given that he made the request despite her objections.

Dr Wolverson apologised during the MPTS for any upset he caused her. He also admitted recording inappropriate comments about the English language skills of his patients.

Over a period of four months in 2018, the doctor had written notes in the medical records of patients, such as: "Explained this to mother as best that one could but is it her duty to learn more English.. being here for five years and not being able to explain what is wrong with her daughter is frankly not good enough."

The panel will decide what sanctions to impose on Dr Wolverson, which could either mean he is suspended or struck off the medical register

Guilty on 17 allegations of misconduct

Dr Wolverson faced 28 allegations in total. He was found guilty on 17 allegations of misconduct, including 13 related to the consultation with Mrs Q.

Some of the allegations related to his work at Derby Urgent Care Centre and when he worked in Stoke-on-Trent both as a locum.

In the ruling, Duncan Toole, chair of the hearing, said: "The Tribunal could find little evidence that Dr Wolverson had reflected on the impact the words he had used in the email may have had on Mrs Q. For example, there was no recognition or reflection on how upsetting and offensive it might have been for Mrs Q to be described as speaking ‘poor English’, when this was not the case.

"This was particularly so, when Dr Wolverson was in a position of trust and his description was in response to a complaint she had made. The reflective statement focussed more on the impact on Dr Wolverson’s private life, than the impact on Mrs Q. This lack of reflection was of concern and demonstrated that Dr Wolverson had very little insight into his conduct."

The "impairment determination" made by the tribunal read: "The request in these circumstances did not treat [the patient] fairly and did not take account of her life choices and beliefs.

"Given the sensitivities, the Tribunal concluded that the public and profession would expect that such a request from a doctor should only be made after carefully considering the specific circumstances that exist at the time and after concluding that there is a clear reason to make the request.

"In this case, Dr Wolverson made no such assessment, and he made the request because it is his general practice to do so. "This put his interests above that of [the patient] and thus his actions were serious.

"The Tribunal concluded that the public and the profession would also view this conduct as serious and deplorable.

"The Tribunal therefore found that his actions in requesting that (the patient) remove her face veil in these particular circumstances did constitute serious misconduct."

Commenting on the language used by Dr Wolverson in the medical notes of patients, the impairment determination continued: "In making the inappropriate notes, Dr Wolverson had treated patients unfairly, disrespectfully and in a manner that did not justify patients' and the public's trust in doctors.

"The Tribunal considered that patients were likely to be shocked and upset to read the notes and that fellow practitioners would find Dr Wolverson's conduct serious and deplorable.

"The Tribunal also noted that this had not been a one-off entry made out of frustration. This was a routine way of behaving towards certain types of patients over a period of months.