Hilton urged not to build hotel on site of Uyghur mosque 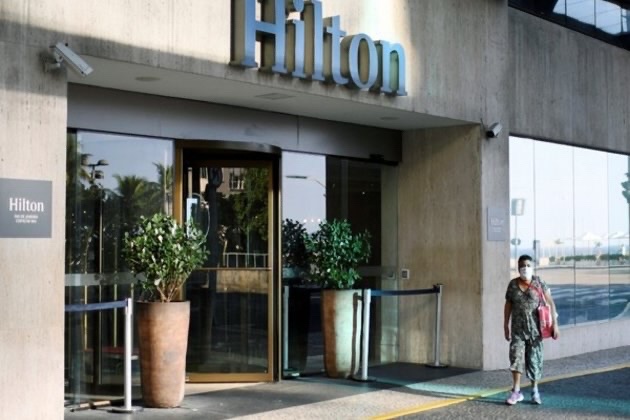 It has been widely reported that hotel chain, Hilton Worldwide Holdings, is planning to build on the spot where a former Uyghur mosque has been demolished by the Chinese Communist Party (CCP) in Xinjiang.

The move has caused uproar and condemnation worldwide, within the Muslim Uyghur community, which has been persecuted by China with many well-documented human rights abuses, and worldwide.

The Council on American-Islamic Relations (CAIR), the largest Muslim civil rights and advocacy association in the US, has called on Hilton not to go ahead with plans to build a new hotel on the site where the mosque was demolished in 2018.

'Hilton has a unique opportunity to take a clear stance against China’s ongoing genocide of Uyghur Muslims and set an example for other prominent corporations. Hilton must stand on the right side of history by announcing it will cancel this project and cease any operations in the Uyghur region of China until its government ends its persecution of millions of innocent people.'

Hilton 'must stand on the right side of history'

Mitchell wrote an open letter to the CEO of Hilton Worldwide Holdings urging him to cancel his plans for the development and saying:

'Hilton has a unique opportunity to take a clear stance against China's structural human rights abuses and Islamophobia and to set an example for other prominent corporations. By ignoring China's genocide of Uyghur Muslims and continuing to do business in Xinjiang, American corporations would be sending a clear message that it does not support international human rights.'

He continued: 'You must stand on the right side of history by announcing that Hilton will be canceling this project and ceasing all operations in the Uyghur region of China until its government ends its persecution of millions of innocent people.'

China has 'criminalized the practice of Islam and being Muslim'

Mitchell's letter went on to detail the abuses perpetrated by the Chinese government including that they had 'criminalized the practice of Islam and being Muslim – having arrested 1 to 2 million of Xinjiang’s Uyghur Muslim minority inhabitants, and detaining them in barbed wired concentration camps for no other reason than practicing their Islamic faith'.

The CCP has carried out many systematic abuses against Muslims in Xinjiang, including the censorship of religious, cultural and human rights for more than 1 million ethnic Uyghur Muslims. A recent Amnesty International report described China's abuse of the Uyghur Muslims as a 'dystopian hellscape'.

It is believed that hundreds or maybe even thousands of mosques and other Islamic sites have been desecrated and demolished in a systematic plan to erase Muslim cultural and religious sites.  In August 2020,there were reports that the CCP had built a public toilet on a mosque demolition site.