How the watermelon has become a Palestinian symbol of protest 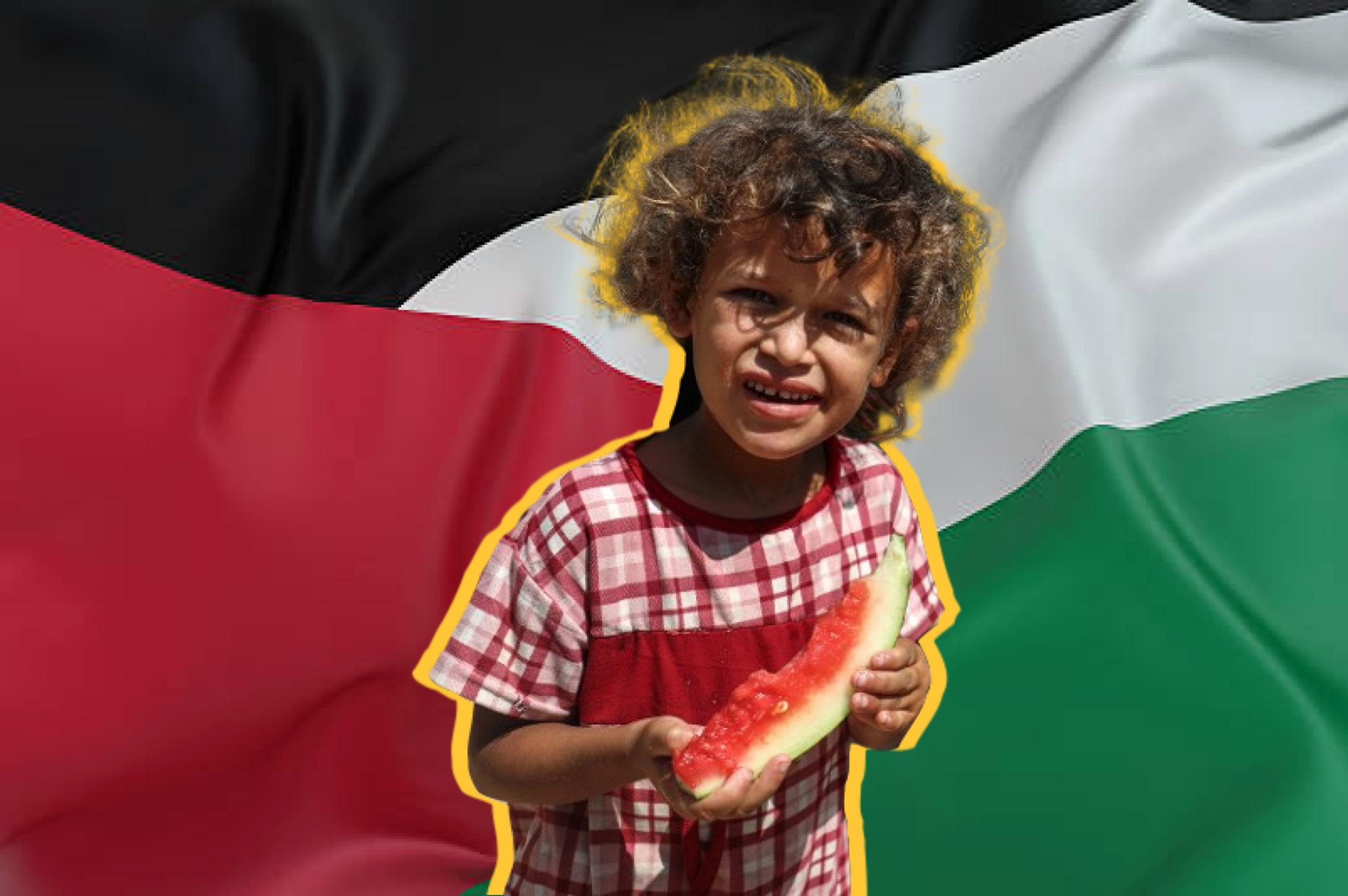 The watermelon, a fruit enjoyed by many, especially in the summer months, has become an unlikely symbol for the Palestinian struggle. But why?

Firstly, they share the same colours – red, white, black and green. But it’s so much more than just a flag or a fruit – following the Arab-Israeli war in 1967, Palestinians were prohibited from carrying or displaying their flag and would be arrested. Subsequently, as a form of resistance, Palestinians would carry a slice of watermelon to symbolise their nation’s flag.

In 1993, a report in the New York Times, weeks after the Oslo Accords were signed, referred to the watermelon and Palestinian statehood:

“In the Gaza Strip, where young men were once arrested for carrying sliced watermelons – thus displaying the red, black and green Palestinian colours – soldiers stand by, blasé, as processions march by waving the once-banned flag,” the report stated.

The watermelon is a massive part of Palestinian culture, featuring in many dishes and crossing into the arts world.

Palestinian artist Sliman Mansour was involved in an exhibition at 79 Gallery in 1980 alongside fellow artists Nabil Anani and Issam Badr. The Israeli army shut it down as the artworks showed the Palestinian flag and its colours. Forty-one years later, he spoke over what happened.

“They told us that painting the Palestinian flag was forbidden, but also the colours were forbidden. So Issam said, ‘What if I were to make a flower of red, green, black and white?’, to which the officer replied angrily, ‘It will be confiscated. Even if you paint a watermelon, it will be confiscated.’ So the watermelon was mentioned, but by the Israeli officer,” Mansour said.

“People around the world are standing up and saying that the occupation has to come to an end. This is a historical moment. As an artist, as a human being, I feel honoured that my work is being used as a tool or is a part of this driving force,” he says.

“The main philosophy of the First Intifada was to boycott Israeli products and rely on ourselves,” he says. “People were planting vegetables in their gardens so as not to buy anything from Israel. We thought, ‘Why don’t we do the same as artists? Why should we buy paint from Israeli shops and then use it to paint against them?.”

Now residing in Birzeit, a town north of Ramallah, Mansour’s work is featured at the Zawyah Gallery. According to the gallery's website, his recent work is centred on the individual figure to convey the ‘different states of exhausting anticipation or loss,’ resulting from his experience of living under the occupation.

Video: The Conquest of Makkah
The significance of Prophet Isa (AS) in Islam
Who was Muslim astronomer Mariam al-Asturlabi?