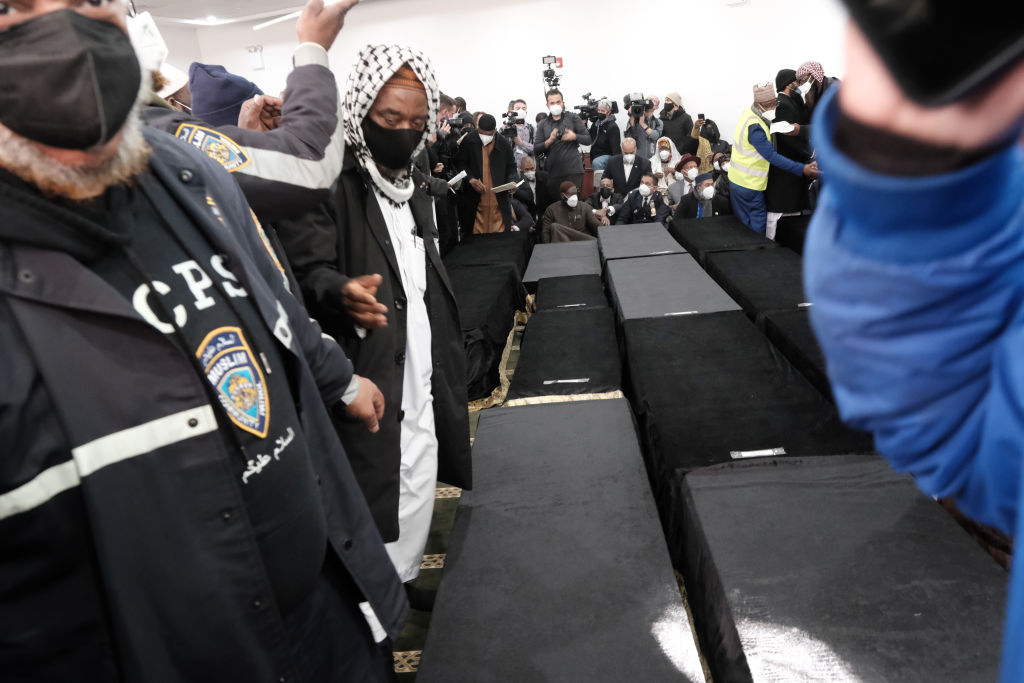 Hundreds of mourners turned out for the janazah of Muslims that died in the deadly apartment blaze in the Bronx, New York City.

At least 17 people, including eight children, died in the fire on January 9 with a further 63 poisoned by the smoke. The residents in the building were mostly immigrant Muslims from the Gambia.

The fire is believed to have been started by a space heater.

The janazah at the Islamic Cultural Center in Fordham Heights was for 15 of the 17 victims. Separate funerals were held in recent days for two of the victims at an Islamic center in Harlem.

The mosque reached capacity quickly and many mourners braved freezing temperatures outside to watch the service via livestream on jumbo screens.

The Imam, Sheikh Musa Drammeh, said he opened the Janazah for the wider public as he wanted to draw attention to the difficult conditions many people in the Bronx live in.

"Let everybody see 15 caskets of their fellow Bronxites being buried because of the condition in which they lived,” he said.

“If these people lived in Midtown Manhattan, this wouldn’t have happened.

“They would not have needed space heaters. The conditions in which they lived in the Bronx caused their death.”

Residents of the building had complained about the substandard conditions in the apartments.

Members of the Gambian community have called for more investment and safer conditions in the Bronx.

“It’s time to end those inequalities so we don’t have our babies and our families torn apart by tragedy. The American dream for too many burned in that fire.”