"I had everything but missed peace:" Sana Khan on Hajj and why she chose hijab over showbiz 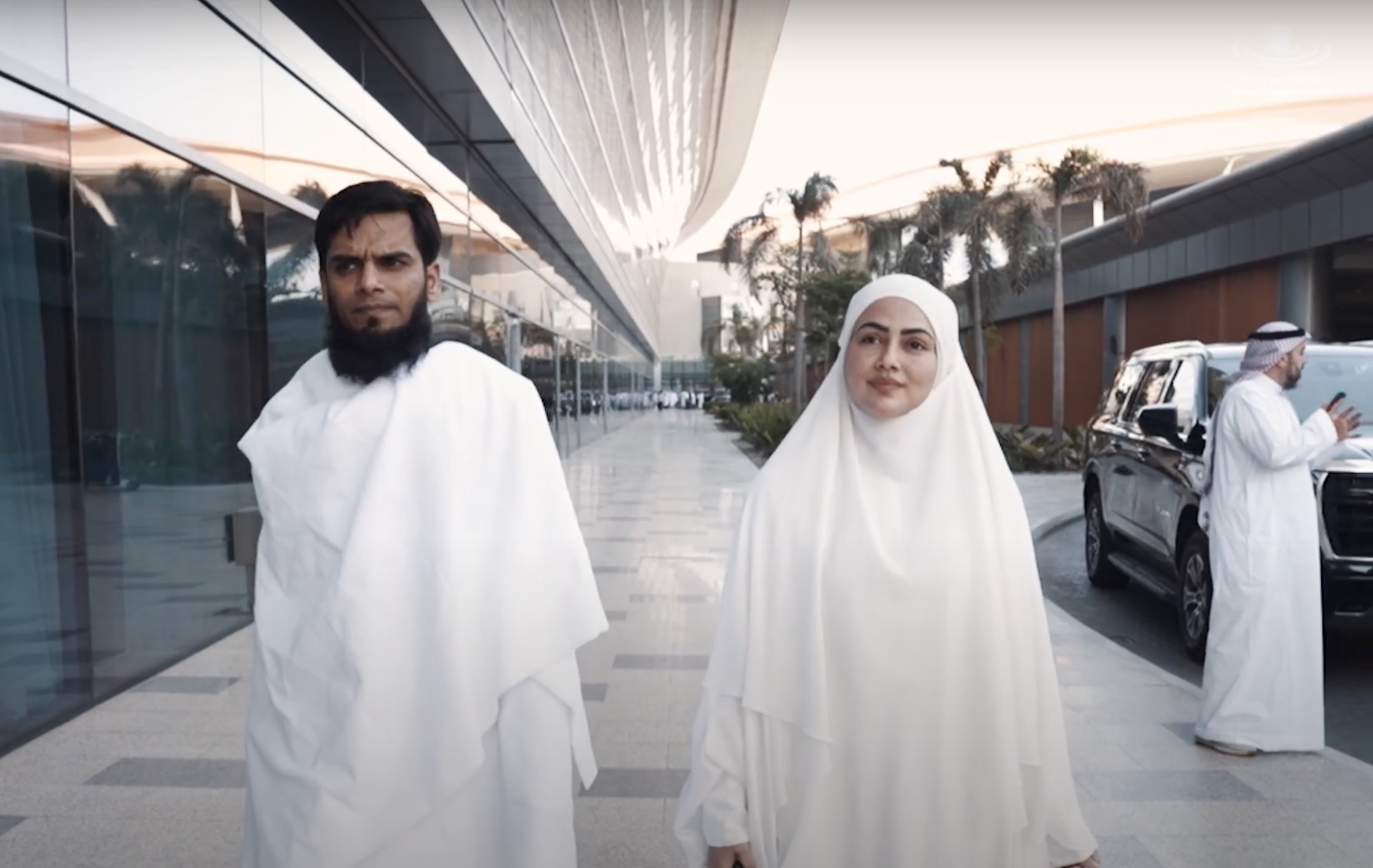 Sana Khan, a former Indian actress, has talked about her recent Hajj journey and revealed how depression pushed her to quit acting and start wearing the hijab.

Khan famously left her career in showbiz in 2020 to lead a more religious life. In recent years a number of famous actors and celebs have followed a similar path, including actresses Sabina Jat and rapper Ruhaan Arshad.

In the video for Muttawiffy Hujjaj South Asia, Khan shares how she had no peace in her heart, despite being able to do whatever she wanted when acting.

Even though she had success on screen, she had severe bouts of depression and anxiety.

“In 2019 I still remember, during Ramadan, I used to see a grave in my dreams. I would see a burning, blazing grave and I could see myself in the grave. I didn’t see the empty grave, I saw myself,” Khan said in the video.

“I felt this is the sign that God is giving me that if I don’t change, this is what my end is. That got me a little anxiety. I still remember the changes that were happening. I used to listen to all the motivational Islamic speeches and one night I remember reading something that was so beautiful.”

An emotional Khan mentions how women are covered more than men when buried. "Even when you're dead, Allah covers your head — the women," she said.

“It was so beautifully written that you don’t want your last day to be the first day of your hijab. That is something that touched me so deep."

The following day she put on the hijab and vowed never to remove it again.

Khan added that she was happy to do Hajj as a changed person. In the past, she would perform Umrah and remove her abaya and hijab on her return to India.

"Allah chose such a right time for my Hajj," she said.

"I'm so happy that I came for Hajj when I changed… I'm not going to go back and remove my abaya and throw it away."