Islamophobia Awareness Month: What you need to know from the past week 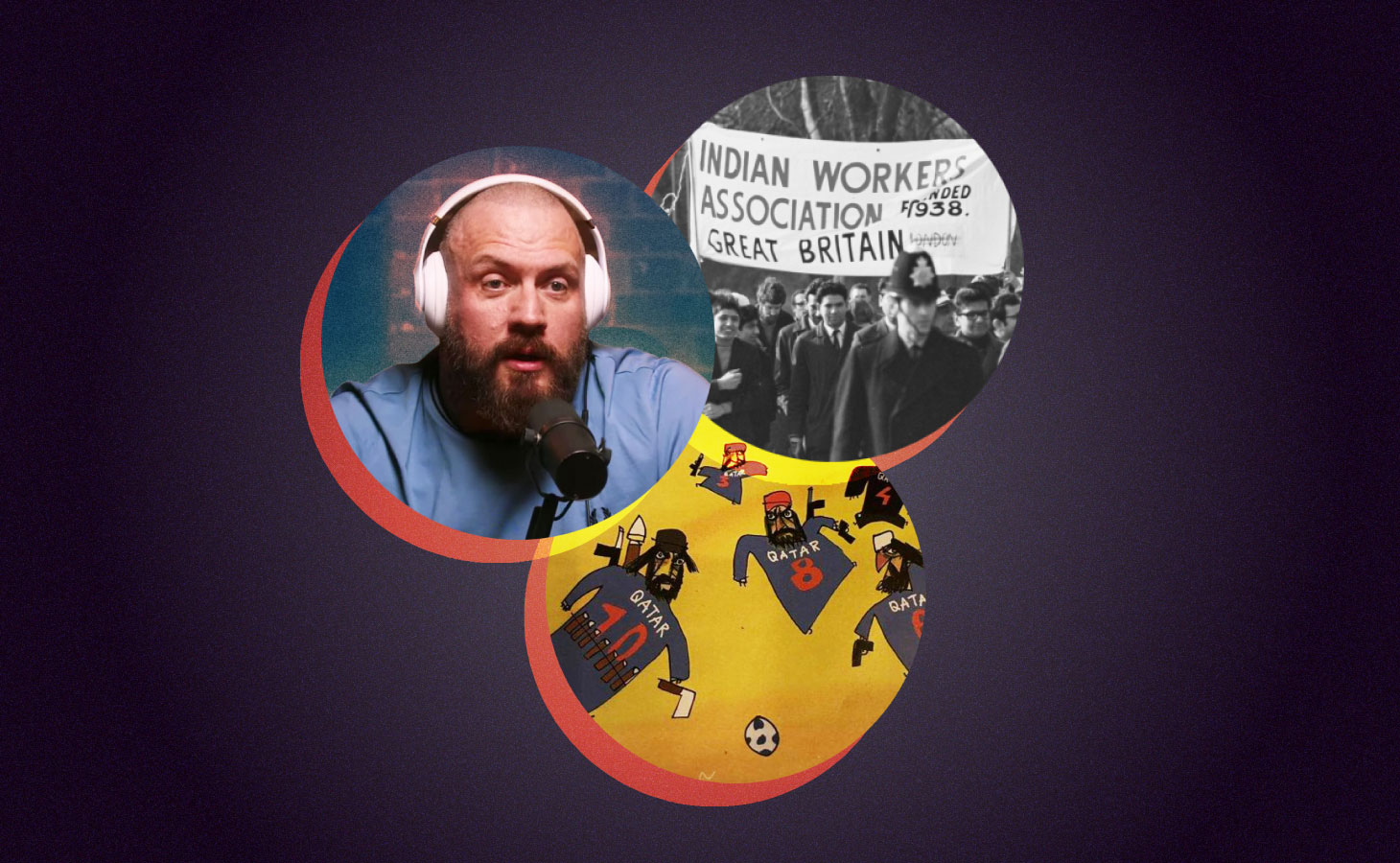 A look at some of the stories from the past few days that highlight the problem of Islamophobia in society. Check out last week's round up.

Myprotein and Twitch joined PokerStars and Gymshark in distancing themselves from True Geordie, the Youtuber who caused outrage with his Islamophobic comments

The controversy started when True Geordie said Andrew Tate, who recently revealed that he had converted to Islam, should "blow himself up" to prove he was a Muslim.

It prompted widespread outrage on social media and the backlash prompted gym clothing retailer Gymshark to say it would stop sponsoring the YouTuber, which was soon followed by the other organisations.

'We cannot rely on institutions to tackle Islamophobia. Self-organising is key'

In his recent column for Islam Channel writer and activist Taj Ali asks whether Muslims should build community movements to tackle Islamophobia rather than rely on institutions that, he believes, have so far failed to make progress on the issue.

Taj looks at community organising from the 1970s and 1980s and says it provides vital lessons for us today.

"If we want things to change, we must first reform our own communities to get to a position where we can demand concessions from those in power. As immigrant communities, we have a rich and proud tradition of political activism in the UK. It’s a tradition that we can learn from, and, in my view, provides a useful blueprint to tackle Islamophobia today," he says.

In Australia, a Muslim father said his daughter was left with “psychological trauma” after being shown a cartoon of Prophet Muhammad (SAW) during a high school class.

On social media, the father said the incident occurred at a Melbourne college during a media studies class. The teacher played a video showing “banned, explicit and blasphemous cartoon material developed somewhere in Europe against our Holy Prophet Muhammad (PBUH)," he said.

According to the Herald Sun, the blasphemous cartoon is believed to be a Charlie Hebdo front page in 2015.

"My daughter also tried to express her discomfort at the video but unfortunately the teacher didn’t care and continued to play the video, forcing my child to view that content," he added.

A cartoon by a French newspaper depicting Qatari footballers as terrorists sparked anger on social media, with many calling the image racist and Islamophobic.

The caricature was published by Le Canard enchainé and shows bearded men with “Qatar” written across their chests, carrying machetes, guns and rocket launchers and one even wearing an explosive belt.

Qatar is about to host the 2022 World Cup — and will be the first Arab and Muslim nation to do so.

The country has come under criticism for its human rights record. Many say the hostility towards Qatar is unprecedented and smacks of hypocrisy, given the human rights records of other countries that have hosted the championships.

A cartoon by a French newspaper Le Canard enchainé depicted the Qatari footballers as terrorists has sparked outrage on social media.
Qatar is about to host the 2022 World Cup being the first Arab and Muslim nation to do so. ⁰

Round-up of other stories

Groups contesting Quebec's secularism law — commonly known as Bill 21 - argued last week that it overwhelmingly discriminates against Muslim women. Lawyers said eight people have lost jobs or been denied employment due to the bill. All were Muslim women.

Anti-Muslim attitudes are higher in eastern German states where significantly fewer Muslims live, according to a recent report by Leipzig University. Nearly 47% of people in eastern Germany want a ban on Muslim immigrants, while 43% say they feel like foreigners in their own country.

Police in Kerala, India are investigating a controversial Bollywood film that depicts Muslims as extremists and terrorists.

Finally, let's end on a positive note; despite the prevalence of Islamophobia in the US, Muslim Americans increased their presence in US politics, with a record-breaking 82 Muslim electoral victories during last week's midterm elections.