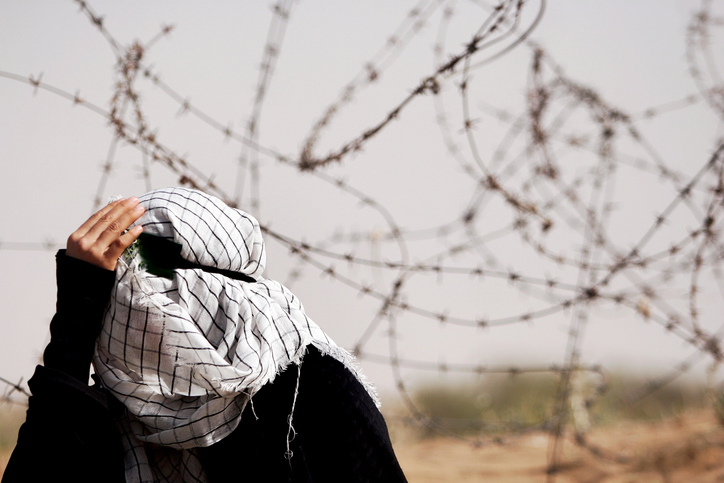 Israel’s occupation of Palestinian territory is unlawful under international law due to its permanence and the Israeli government’s de facto annexation policies, an UN-appointed Commission of Inquiry said.

Published on Thursday, the International Commission of Inquiry on the Occupied Palestinian Territory, including East Jerusalem, and Israel, said under international humanitarian law, the occupation of territory in wartime is a temporary situation and does not deprive the occupied Power of its statehood nor its sovereignty.

The three-member Commission is urging for the issue to be referred to the International Court of Justice, the UN’s highest court.

“Recent statements by the Secretary-General and numerous member States have clearly indicated that any attempt at unilateral annexation of a State’s territory by another State is a violation of international law and is null and void; 143 member States including Israel last week voted in favour of a General Assembly resolution reaffirming this”, stated Navi Pillay, Chair of the Commission.

“Unless universally applied, including to the situation in the Occupied Palestinian Territory, this core principle of the United Nations Charter will become meaningless”, she added.

The 28-page report focuses on the advancement of Israeli settlements in occupied territories, including statements made by Israeli officials indicating intent to maintain a permanent hold on the region against the rules of international law.

“By ignoring international law in establishing or facilitating the establishment of settlements, and directly or indirectly transferring Israeli civilians into these settlements, successive Israel governments have set facts on the ground to ensure permanent Israeli control in the West Bank”, Ms. Pillay stated.

The Commission reviewed Israel’s expropriation and exploitation of land and natural resources, and Israel’s restrictive urban planning and zoning policies in the West Bank, noting that land is often confiscated for military purposes but is then used for settlement construction.

It also reviewed statements by Israeli officials indicating that Palestinian construction is seen as an impediment to Israeli settlements, leading to confiscation, demolition and displacement. The Commission also observed similar processes in East Jerusalem where the restrictive planning and zoning regimes have contributed to shrinking space for Palestinians.

The report concludes by saying that some of the policies and actions of the Israeli Government may constitute elements of crimes under international criminal law, including the "war crime of transferring, directly or indirectly, part of one's own civilian population into occupied territory, and the crime against humanity of deportation or forcible transfer."

The report comes as Israeli occupation forces kill yet another Palestinian teenager during a military raid on the northern occupied West Bank city of Jenin, the Palestinian health ministry said on Friday.

Salah al-Braiki, 19, was shot in the neck and died shortly afterwards in the hospital. The ministry said three other Palestinians were also wounded.

Another 16-year-old boy, Mohammed Fadi Nouri, shot by Israeli forces a month ago, also succumbed to his gunshot wounds on Thursday.

Israel forces continue their near-daily incursions in Palestinian territories, and in recent weeks, there has been an uptick in teenagers getting killed.

Over 160 Palestinians have been killed by the Israeli army this year, taking the death toll in the West Bank the highest it has been since 2015.

On Thursday, shops, offices and schools were closed across the occupied West Bank as Palestinians went on strike to protest Israel's killing of a Udai Tamim, who Israel alleges killed an Israeli soldier earlier this month.

Meanwhile, despite months of criticism, a draconian set of rules will be introduced that limits the entry of foreigners into the occupied West Bank.

It means people of Palestinian origin living abroad, who want to visit Palestine, will have to adhere to a long list of strict rules and requirements. The restrictions do not apply to anyone visiting illegal Israeli settlements on occupied land.