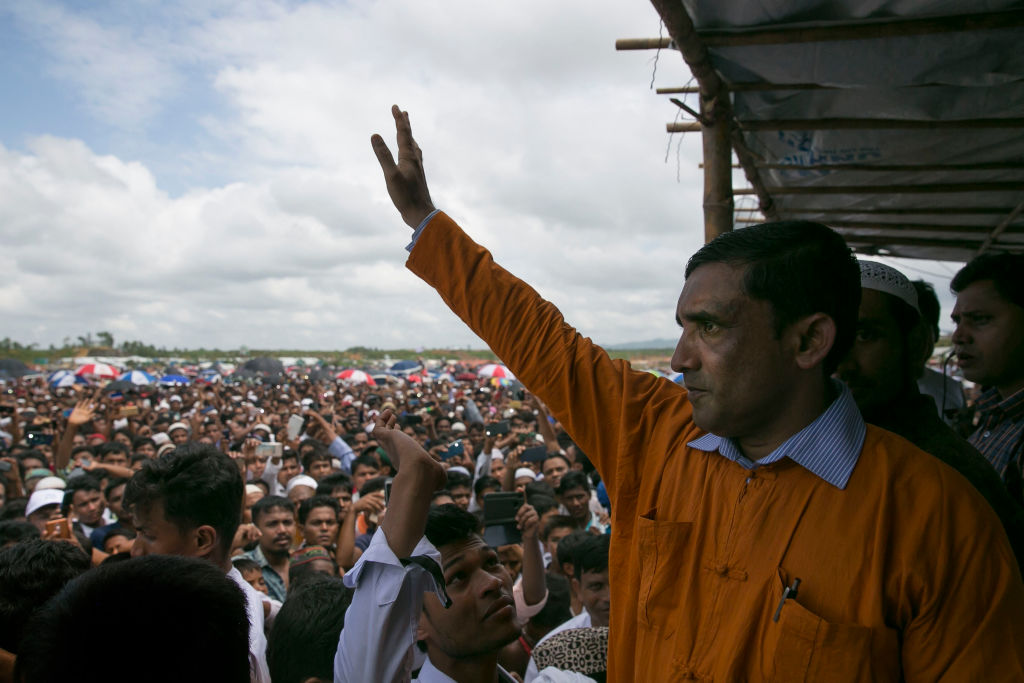 Ullah advocated for Myanmar's persecuted Rohingya minority and gained influence as a community leader among his people in Bangladesh.

In 2017, Myanmar's military launched a brutal crackdown on Rohingya communities, forcing hundreds of thousands to flee the Buddhist-majority nation.

According to an international independent fact-finding mission in 2019, Rohingya communities inside Myanmar "face systematic persecution and live under the threat of genocide."

"The threat of genocide continues for the remaining Rohingya," said Marzuki Darusman, the Chair of the Independent International Fact-Finding Mission on Myanmar.

Ullah "was a vital voice for the community of Rohingya who had already suffered unimaginable loss and pain when they arrived as refugees in Bangladesh," The United Nations Human Rights Watch's South Asia director Meenakshi Ganguly said in a statement.

"His killing is a stark demonstration of the risks faced by those in the camps who speak up for freedom and against violence."

He added: "Bangladesh authorities should urgently investigate Mohibullah's killing along with other attacks on Rohingya activists in the camps."

The Rohingya people are a Muslim ethnic minority indigenous to Myanmar and are under brutal military oppression.

Last week, Islam Channel looked at how Muhammad Noor, the CEO of Rohingya Vision, has helped to translate the Quran into the Rohingya language.