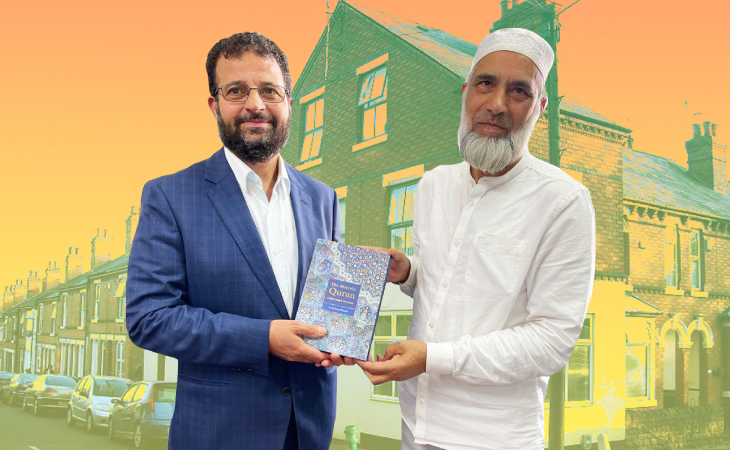 Mohamed Ali Harrath, the founder of Islam Channel, visited Nottingham on Wednesday to talk about Islam Channel's role in dawah and halal entertainment.

He visited the charities, Karimia Institute and Muslim Hands, and made a special guest appearance on local Muslim radio station, Radio Dawn.

Members of the public listened to Mohamed Ali talk about his passion for dawah and charitable work at Karimia Institute's Bobbersmill community centre. It was an interactive session with a discussion and Q&A session with the audience.

"His phenomenal success is a testimony to his hard work and commitment to Islam. No doubt Allah has blessed him with the strength and wisdom to carry out this wonderful work.

"The success of Islam Channel was instrumental in the remarkable growth of Muslims charities over this period."

A pioneer in the Islamic media industry, Mohamed Ali talked about how he started Islam Channel back in 2004.

"The idea to do it wasn't a problem, it's how to do it - that’s where the challenge was," he told listeners on Radio Dawn.

As it happens, the channel has turned out to be an enormous success; it is watched by over 60% of British Muslims and millions more worldwide.

Mohamed Ali said that Islam Channel is having to "move with the times,” pointing out the importance of online and on demand services.

Islam Channel has extended beyond linear TV, with an increasing digital presence — on website, social and video-on-demand through its apps. This Ramadan, Islam Channel's online reach hit 58 million.

He talked about the improvement amongst Muslim programme makers in the last few years with Turkish dramas moving more towards Islamic content and countries like Qatar and Malaysia getting involved.

"I would also recommend young Muslims from the UK to go and make films," he urged the youth, highlighting the opportunities that are out there in terms of applying for grants to make content.

"There are many talented Muslims out there — especially the youngsters," he said.

"Many women who stay at home, they are very talented, and they have the time. I think by channelling and organising their efforts, we can get people to very high standards."

Mohamed Ali also revealed that the much-celebrated Global Peace & Unity (GPU) event, the largest Muslim lifestyle event of its kind in the world, will be back in 2023.

GPU attracts tens of thousands of Muslims and features some of the best scholars, thinkers, leaders, and artists from around the world.

The organisers of the prestigious awards said he is a motivation and inspiration for Muslims and especially young Muslim entrepreneurs who want to enter the highly competitive media industry.