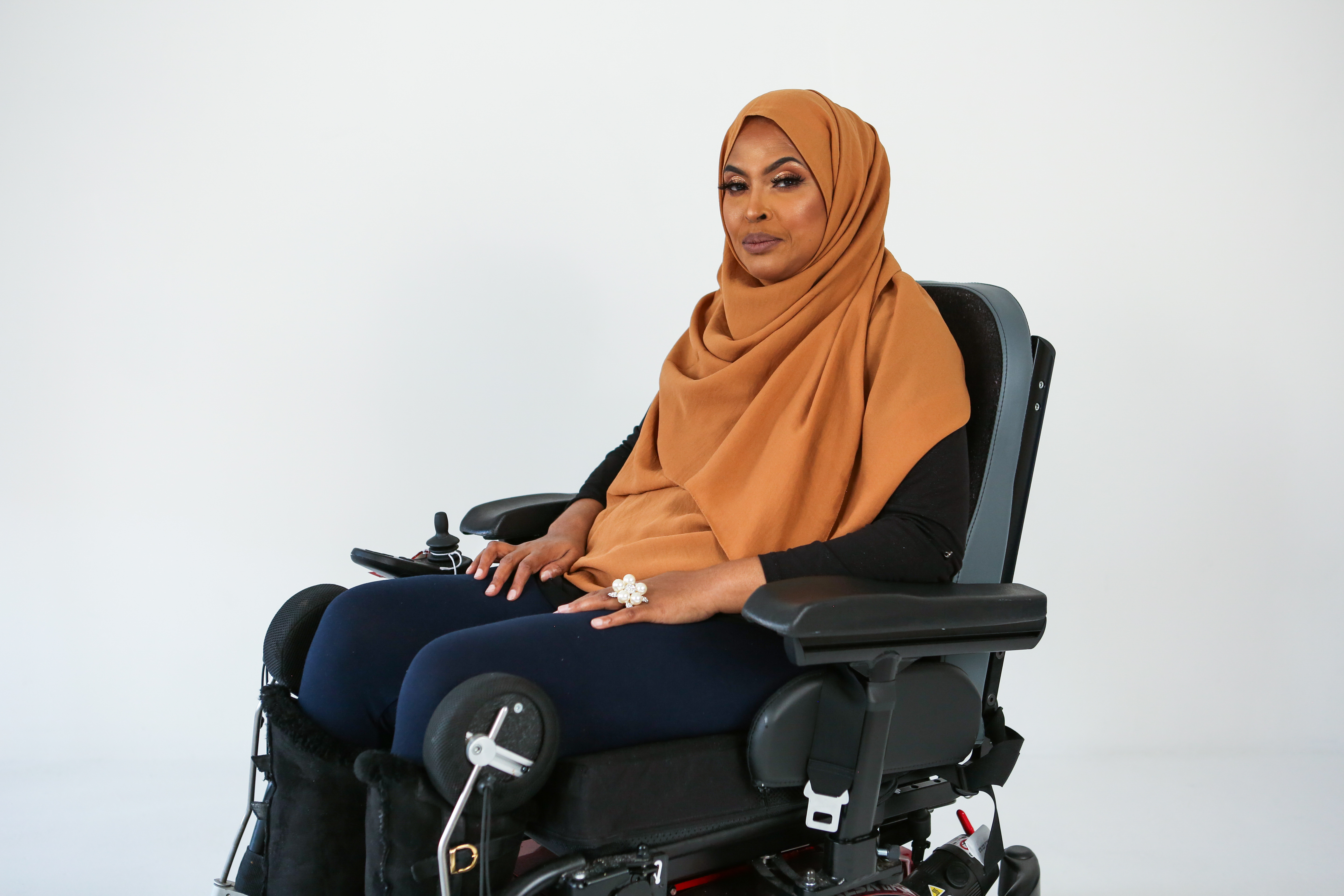 British-Somali designer Faduma Farah is set to debut her new clothing line at London Fashion Week in September. What makes this all the more unique is that her designs are tailored specifically for wheelchair users.

‍Faduma was a young mother who lived an everyday life until what she thought was a slight headache turned out to be meningitis and paralysed her. Speaking to Living the Life, Farah describes how she is even lucky to be alive:

"Back in 2011, I fell ill with meningitis. I walked into the hospital and fell into a coma. I ended up being fully paralysed from the neck down. So I am very lucky to be alive, Alhamdulilah. And I am also very lucky to regain a lot of my upper body movement. I was a mother, a wife, a career woman who walked into the hospital with just a minor headache and ended up not being able to move. So I had to relearn everything. I had to relearn how to breathe. I had to relearn how to speak. I had to learn how to eat. You have to understand: nothing moved in my body except my eyes and tongue; I had to click it when calling someone."

When it came to recovery, Faduma found that she was able to lift a small, specific, but very significant part of her body, her index finger, when making Shahadah whilst she was praying.

"In the beginning, one finger moved for me. SubhanAllah, I used to pray, and the doctor came to me asked what I was doing. I said I was praying, and he asked me to do what I was doing again. He told me that my index finger moved when I was making Shahadah. I said to him, you tell me if it moves again, and it did. From that moment, I realised that if I do something imaginary, it could happen. So even though I can't move my legs right now, I can run or walk or kick a ball with my son in my mind. So InshaAllah, one day it'll happen."

Now 45 years old, 10 years after her original illness, she says that even though her movements are limited and that doctors already think of her as a miracle for recovering to the extent she has, she "uses what I can use because if I don't use it, I lose it."

Faduma always had a love for fashion, and the idea of making wheelchair-friendly fashion all started from her mother, who decided to make some clothes for her daughter. She wasn't satisfied with what she was able to find whilst recovering in hospital because she didn't feel that it the clothes available were fit to be worn everyday, but seemed more like night clothes than something which would be worn outside the home.

She talked to Islam Channel's Living the Life about her new collection and its forthcoming launch at London Fashion Week. Watch Faduma Farah's full interview here.

For more fascinating interviews about topical issues related to the Muslim community, watch Living the Life on Islam Channel, Monday to Thursday at 7pm.