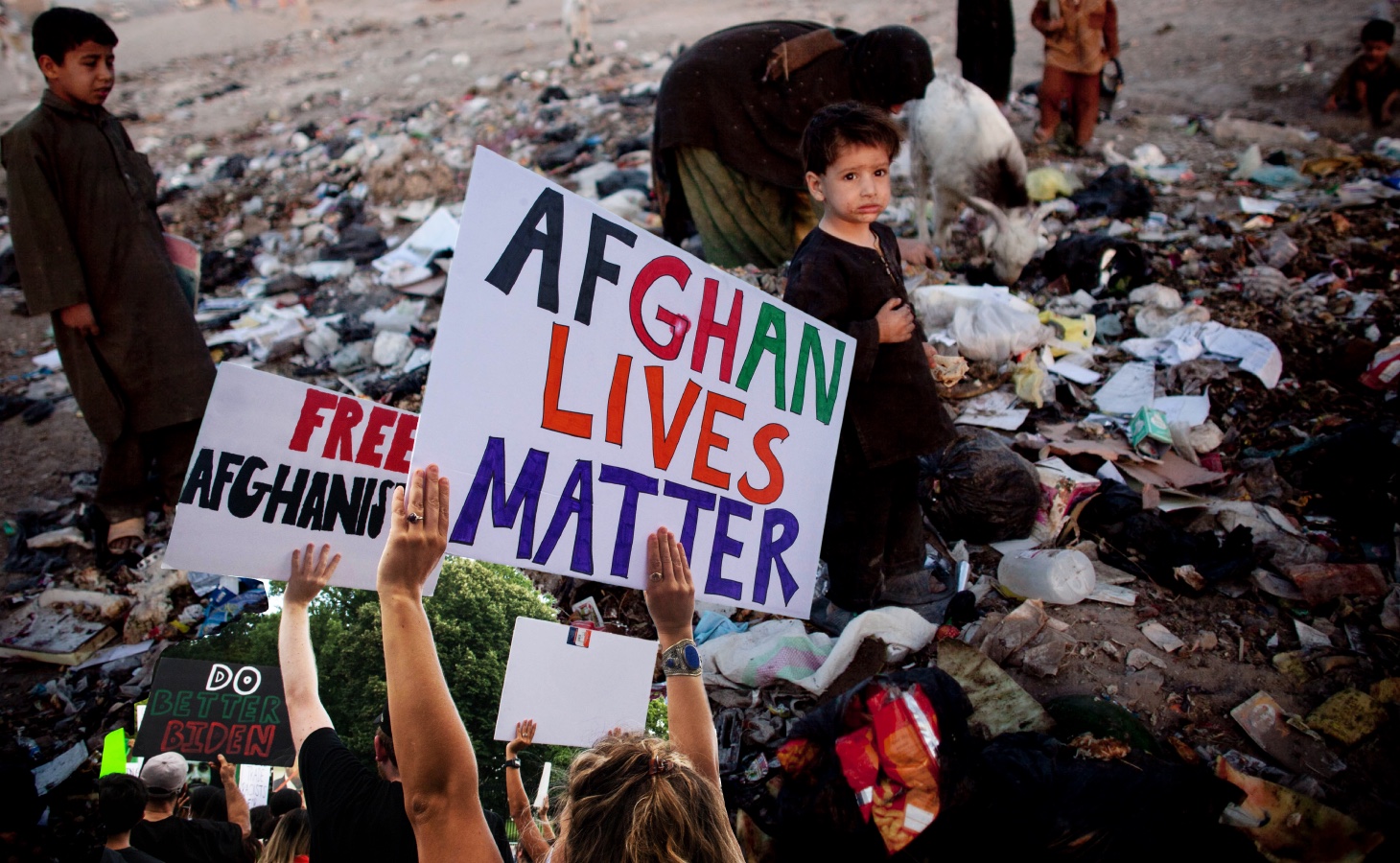 A year after the Taliban regained control of Afghanistan, charities are demanding the international community help ease the country's economic and medical crisis by releasing its frozen assets.

For the past 20 years, the country has heavily relied on foreign aid. But since the Taliban took over Afghanistan, global leaders have sought to isolate the regime by suspending or freezing funds and aid, which has led to widespread hunger and poverty.

Now 32 Afghan and international non-governmental organisations, representing most of the major agencies operating in the country, are urging the international community to have a change in approach to the Taliban.

“In the past 12 months millions of Afghans have endured a new wave of hardship, with widespread hunger, unemployment and near universal poverty," said the NGOs in a statement.

"Ninety-five per cent of the population do not have enough food to eat. Women and girls are suffering disproportionately. NGOs on the ground are reporting that families are being forced to make impossible choices in order to survive."

“The country is existing off an inadequate supply of humanitarian aid often transported in cash, as opposed to long-term development aid that can pay the salaries of teachers and hospital workers, as well as keep the infrastructure of public services functioning.”

The Taliban regained control of Afghanistan in August 2021 after the chaotic US-led withdrawal from the country.

Isolating Taliban has had a "devastating impact"

Vicki Aken, the International Rescue Committee Afghanistan director, one of the NGOs that signed the statement, said: “At the root of this crisis is the country’s economic collapse. Decisions taken last year to isolate the Taliban – including the freezing of foreign reserves, the grounding of the banking system, and the halting of development assistance which financed most government services – have had a devastating impact. Extreme poverty is reducing demand for goods, forcing Afghan companies out of business, contributing to rising unemployment and exacerbating food insecurity.

“We urgently need to find a solution. Humanitarian aid, whilst vital, cannot replace a functioning economy. For months, NGOs have been calling for a change in approach, yet our calls have fallen on deaf ears. There is no excuse for further inaction. It is time for donors and decision makers to take responsibility and work to establish a roadmap out of Afghanistan’s economic crisis by supporting the Afghan central bank and eventually beginning the phased, monitored release of frozen assets.”

Samira Sayed Rahman, the Afghanistan-based advocacy coordinator for the IRC, said: “On a recent trip to the south and south-east, I saw a healthcare system in collapse. Hospitals have not had the money to pay their staff in months. They do not have the money for pharmaceuticals and medicine. They do not have the money for equipment. Much of the healthcare sector is being run by the goodwill of Afghan doctors and nurses. That is not a sustainable model. Many are trying to leave.”

The former head of the British Army has also called for the return of international aid. Baron Dannatt told Sky News that the withdrawal of aid had led to babies dying and people going hungry.

"Having cut off aid to Afghanistan - that is why babies are dying in hospitals, that is why people are starving up and down the country," he said.

"Why should we suddenly stop helping the people now because we don't like the Taliban?" he added.

A reported $9.6 billion from the Afghan central reserve has been frozen, which the US claims is a preventative measure to avoid misuse of the money.

Negotiations are ongoing to release part of the money owed.

But the US had threatened to release only half the funds, with the remaining billions diverted to potential legal claims by victims of the 9/11 attacks — a move that many have said would be a "theft" of public funds from an impoverished nation.

The delay is partly due to the west's demands that the Taliban establish a more diversified administration, allow girls to return to secondary school, and grant independent management of the Afghan central bank. The Taliban has said it would come up with a policy to reopen schools for girls in accordance with Islamic law.

Last week, several dozen prominent US and international economists said it was "morally condemnable" for the US to keep the money which it said belonged "to the Afghan people."

"We are deeply concerned by the compounding economic and humanitarian catastrophes unfolding in Afghanistan, and, in particular, by the role of US policy in driving them," 71 economists and development experts said in a letter to US President Joe Biden and US Treasury Secretary Janet Yellen.

"Without access to its foreign reserves, the central bank of Afghanistan cannot carry out its normal, essential functions," they wrote.

"Without a functioning central bank, the economy of Afghanistan has, predictably, collapsed."