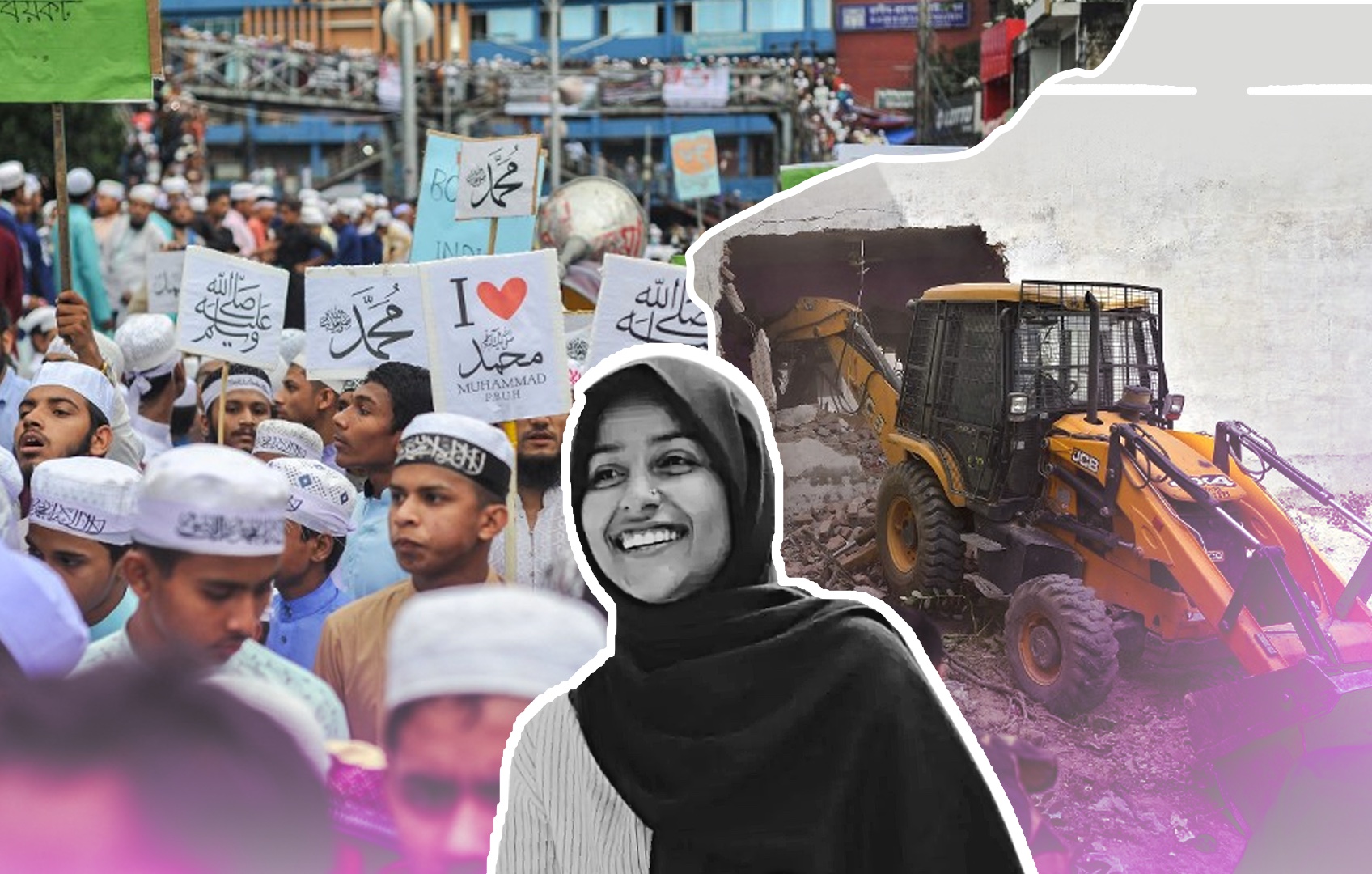 Thousands of people are protesting in India against authorities demolishing homes owned by Muslims, as rights groups accuse the country's ruling party of punishing activists from the minority Muslim community.

Authorities claim they are targeting illegal buildings connected to people arrested during the protests, but critics say the move goes against international human rights laws and is designed to intimidate and silence Muslims who face discrimination.

The protests were sparked after two officials made blasphemous and derogatory remarks about Islam and Prophet Mohammed (SAW).

BJP was forced to suspend the two officials after several Muslim countries condemned the Islamophobic comments and lodged official protests against India.

Human rights group Amnesty said India must immediately end its “vicious” crackdown on Muslims who took to the streets to protest.

Authorities were “selectively and viciously cracking down on Muslims who dare to speak up … against the discrimination faced by them,” Amnesty International’s Aakar Patel said in a statement on Tuesday.

“Cracking down on protesters with excessive use of force, arbitrary detention and punitive house demolitions … is in complete violation of India’s commitments under international human rights law," added Patel.

Bulldozers destroyed the properties of protesters in Uttar Pradesh last week, including that of young Muslim activist Afreen Fatima.

On Tuesday, a letter to the chief justice of India’s Supreme Court said the government in the state acted illegally by demolishing the house of a Muslim activist.

Two teenagers were killed and hundreds arrested in last week's protests over the comments made by the two BJP officials.

The comments embroiled India in a diplomatic row as several Muslim-majority countries criticised the Indian government and threatened to boycott goods and services from the country.

The controversial remarks come at a time of increasing violence towards India's Muslim minority by Hindu nationalists.

Hostility towards India's 200m Muslims has been steadily increasing ever since Prime Minister Narendra Modi and his BJP party came into power back in 2014.