Peaceophobia: a new Bradford play about Muslim men and cars 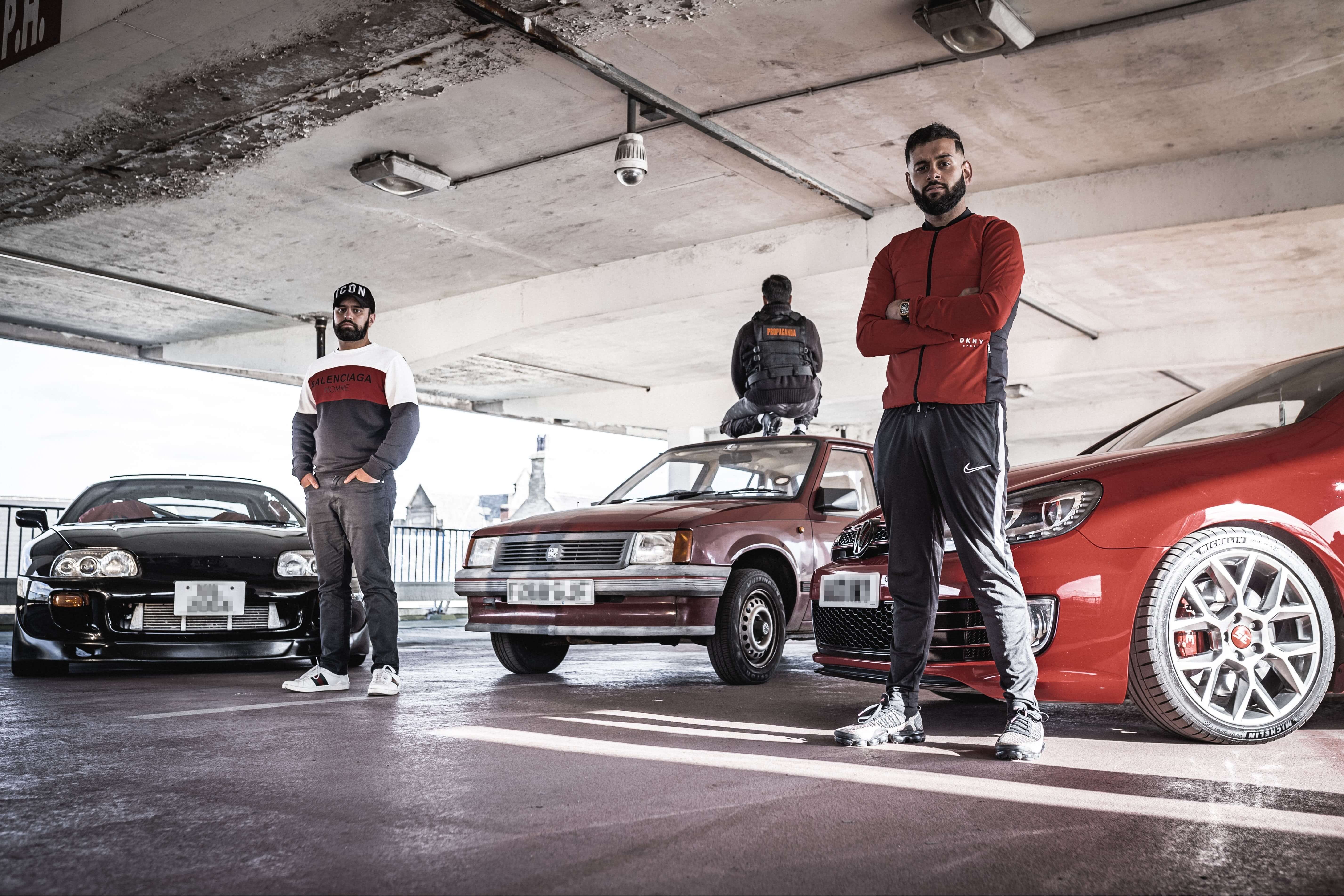 Peaceophobia is staged in a car park with three cars: a Supra, a Golf and a classic Nova, brought together with cinematic lighting and an electronic music score.

Written by Zia Ahmed, the production is a joint initiative, directed by women from Speakers Corner, a political creative collective based in Bradford and run by women and teenage girls, and award-winning theatre company, Common Wealth. It was co-created and is performed by three members of the Bradford Modified Club, Sohail Hussain, Mohammad Ali Yunus and Casper Ahmed.

According to their website, “Peaceophobia is an unapologetic response to rising Islamophobia around the world. Part car-show, part-theatre, the show asks how do you find peace in a world that tells you who you are?”

The plot surrounds three Pakistani Muslim men growing up in the shadow of the Bradford Riots, 9/11 and police harassment. Cars and faith are a sanctuary, an escape and a form of expression for the three, Ali, Sohail and Casper. They are taking control of the narratives around their religion, city, and cars.

Iram Rehman is one of the six women who are involved in Speakers Corner who talks of the negative stereotypes surrounding Muslim men in Bradford, despite the fact that they make up 20% of the population: “Because of the Bradford riots, there’s a lot of stigma around Muslim men,” she says. “The impression is that they are violent because of what happened, and they don’t really have a voice themselves. These are normal, Muslim men. They are passionate about certain things in life but they just want to live their lives.”

“I don’t go out; I don’t really go clubbing, I don’t drink, I don’t do none of that,” says Sohail Hussain, “All my money goes on cars – for me, it’s an investment.

He adds: “I just want people to understand us,” he says. “A lot of people who see a car come past think either he’s a drug dealer or up to no good. So if people have the confidence to approach us and talk to us after seeing the play – that would be a win in my eyes.”

Peaceophobia will be shown at Oastler Market car park, Bradford, from 10–18 September, then at Contact Manchester from 29 September to 2 October.