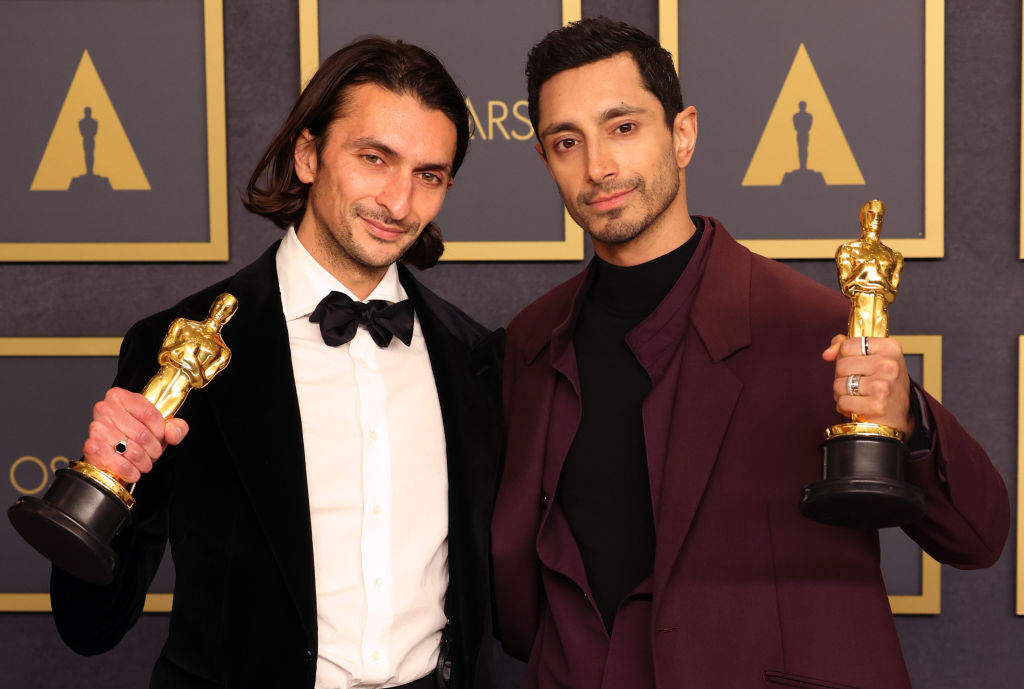 The British actor and musician Riz Ahmed has won his first Oscar for the short film 'The Long Goodbye', which is about how a Muslim family's daily life gets violently interrupted by an all-white militia.

Directed by Aneil Karia, Ahmed co-wrote and starred in the live-action short film. It highlights the anxieties British Muslims — and immigrants in general — have about belonging, identity and racism.

Ahmed said in his acceptance speech: “In such divided times, we believe that the role of story is to remind us there is no ‘us’ and ‘them’. There’s just ‘us’."

Ahmed's Oscar win means he becomes the first Muslim to win in the Best Live Action Short category. Last year, the 39-year-old was nominated for Best Actor for his performance in "Sound of Metal."

'The Long Goodbye' comes in under 12 minutes and features music from Ahmed’s 2021 album of the same name.

It follows a Muslim family in suburban London, whose joyous preparation for a wedding is violently interrupted by a white supremacist militia that rolls into the neighbourhood. The militia rounds up and attacks the Asian households in the area, whilst their white neighbours look on.

Backstage at the awards Ahmed said it is important to tell stories that broaden people's minds and opens their hearts.

"Of course, in a time when lots of migrants, refugees and immigrants are being dehumanised, I think it's really important to tell stories that change that," he said

"And what we've tried to do with our film is show the challenges, the dangers of where we might be headed. But it's also to celebrate the joy and the community of the immigrant family at the heart of this story.

"So, we hope to continue telling stories that complicate and elevate our experience on screen, so people can really empathise."

Last year in an interview with The Observer, Ahmed talked about why he has been taking Hollywood to task for its portrayal of Muslims in films.

Ahmed called out the “toxic portrayals” of Muslim characters in TV and movies using research that he commissioned. He singled out Oscar-winning movies "American Sniper", "The Hurt Locker" and "Argo" as "frankly racist".