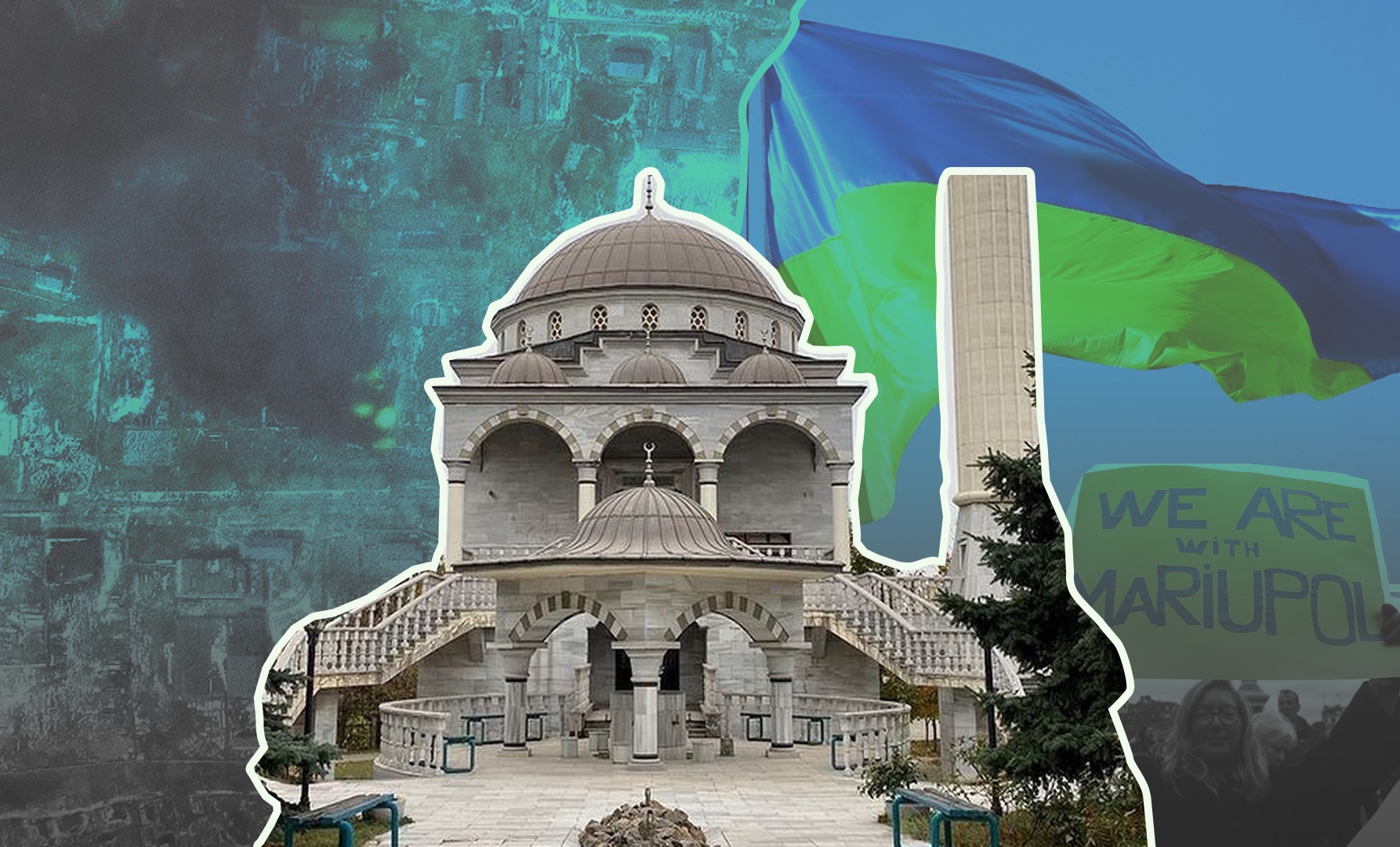 Over 80 people are stuck in a mosque in Mariupol, including several Turkish Muslims who are seeking the help of Turkey to evacuate from the area.

The Turkish citizens had tried to evacuate from the area but failed because of the heavy bombing and roadblocks.

On Saturday, Ukraine’s foreign ministry claimed Russian forces had shelled the mosque but the head of the mosque's association later said it was not a direct hit.

Ismail Hacioglu, the president of Sultan Suleiman Mosque Foundation, told Turkish News Portal: "A bomb dropped 700 metres away from the mosque, but we are fine."

"There is no electricity, water or gas in the city, while we had stored 25 tonnes of water... We're doing our best to offer shelter for our citizens," he added.

Earlier Ukraine's foreign ministry tweeted: “The mosque of Sultan Suleiman the Magnificent and his wife Roxolana (Hurrem Sultan) in Mariupol was shelled by Russian invaders.

“More than 80 adults and children are hiding there from the shelling, including citizens of Turkey.”

The southern Ukrainian port of Mariupol is facing what Ukraine says is a "humanitarian catastrophe."

The mosque opened its doors to residents in the area after Russian shelling destroyed most of the houses nearby.

More than 100 Turkish citizens are in occupied by Russian military city - Mariupol. Most of their houses are destroyed so they have to hide in the mosque. There is almost no food or water, inside temperature is minus. pic.twitter.com/oTD7tl3Z2p

Turkey is asking Russia to help evacuate the stranded citizens.

"As we have spoken with him [Russian Foreign Minister Sergei Lavrov], we asked for this support for the evacuation of our citizens from Mariupol," Ankara's Foreign Minister Mevlut Cavusoglu told reporters on Sunday.

He also said the mosque's imam "didn't confirm" the reports that the mosque had been hit by the Russians: "He said rockets and missiles had been fired on the area."

According to UN figures, over 600 civilians have been killed and a further 1,000 others injured in Ukraine following Russia's invasion on February 24.

More than 2.5 million people have fled the country, with a further 2 million displaced within Ukraine.