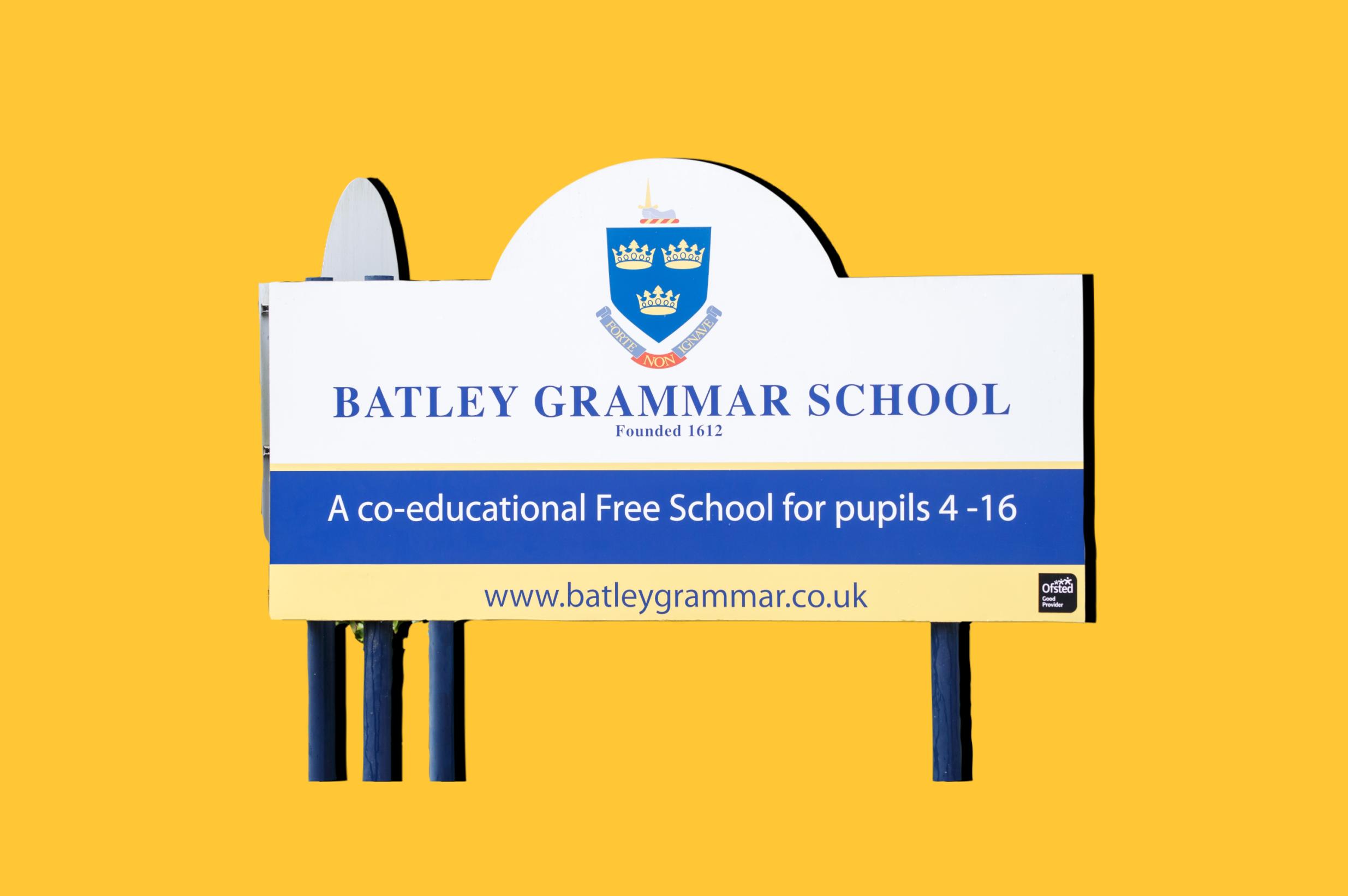 Batley Grammar School in West Yorkshire, which has a significant Muslim intake, acknowledged that the “resource” used in a Religious Studies lesson on Monday was “completely inappropriate and had the capacity to cause great offence to members of our school community.”

The school says it has launched an investigation, removed the resource from lessons and is now reviewing the Religious Studies curriculum.

A peaceful but angry protest by some parents who want the teacher to be sacked took place outside the school this morning.

It is understood that the lesson was on the topic of blasphemy and the students were told that they would be shown an image of the Prophet which many in the class would find offensive.

The image is thought to be the Charlie Hebdo image of the Prophet with a bomb and the Kalimah written on it.

Following the lesson several Muslim organisations in the area wrote to the school asking for an urgent meeting.

The organisations say they wish to find an acceptable solution for all parties.

Headteacher Gary Kibble said in a statement: "The school unequivocally apologises for using a totally inappropriate resource in a recent religious studies lesson. The member of staff has also given their most sincere apologies.

"We have immediately withdrawn teaching on this part of the course and we are reviewing how we go forward with the support of all the communities represented in our school."

"It is important for children to learn about faiths and beliefs, but this must be done in a sensitive way," the statement added.

"The school is working closely with the governing board and community leaders to help resolve this situation."