First senior Asian Muslim manager on how Islam helps him 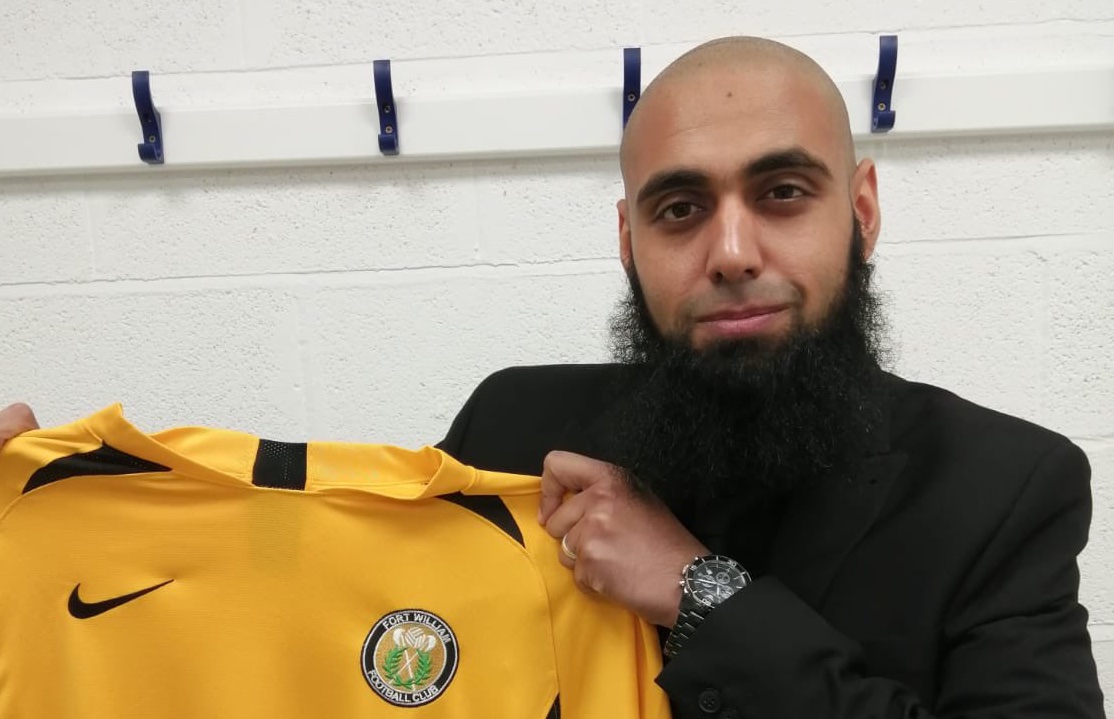 Shadab Iftikhar, the first manager of South Asian Muslim heritage in senior Scottish football, says his faith makes him a better manager and helps him deal with the ups and downs of football life.

The 31-year-old spoke to Islam Channel just days before he moves to the town of Fort William to take the helm of the Scottish football club.

Shadab said honesty is a bit part of being a manager.

Shadab, who officially joins Fort William in the New Year, said he is 'proud and privileged' to join the Highland League team.

"[It's] a great club, a great town, and a place where I think we can go and hopefully build something for many, many years."

The Prestonian is still shocked by the statistic that he is the first person of South Asian heritage to manage a senior Scottish football.

"I think we all agree that things need to change. And we have to be in a position where football reflects society. And hopefully, bit by bit we can start seeing that change."

As a youngster, Shadab was addicted to Championship Manager and that is where his love for football management emerged. By 17, he wanted to be a manager.

"It was clear that I wasn't going to be a Ronaldo or a Messi…so my playing career was never going to get off the ground shall we say," he joked.

The Lancashire native has an impressive international footballing CV. He worked with Roberto Martinez and Belgium during Euro 2020 and then went as far as Mongolia to manage a club, before becoming the assistant manager of the national side.

"Roberto [Martinez] is a special, special individual," he said.

"He makes you push yourself so much. He's got great standards, and is really, really intelligent in how he works with you. So, working with somebody at that elite level just pushes you to the next level."

The job at Fort William came from a chance meeting with the chairman of the club, John Trew. The pair exchanged details and things just worked "smoothly".

"He's [John Trew] easy to deal with, easy to speak to," said Shadab. "And it just made so much sense. So, a chance meeting and it all just literally happened like a domino effect."

Shadab does have a tough task at hand. Fort William are at the bottom of the league and they cannot play any home games as their pitch is unavailable. But Shadab is hopeful he can turn things around.

"Just to work hard, take one day at a time, to prepare well, to make sure we can be the best that we can be on that day," he said.

"Bit by bit that consistency day-to-day will lead into results… and hopefully [we] climb up that table. [It's] a big job but definitely a job that we feel that we can do."

Shadab's landmark appointment has inspired many South Asians and his success is being celebrated in the community. But he is humble about his success: "I think it's too early to say that I'm an inspiration. I think I've still got a long way to go.

"You know, we have a community that is inspiring each other. And that's really important.

"My advice to anybody is you can go and do what you want to do. Work hard, dedicate yourself and just graft and hopefully one day, you know, football is talked about in a positive way regarding Asians."

One thing is for certain, Fort William has an army of new South Asian Muslim fans who will keep a close eye on the club in the coming months.