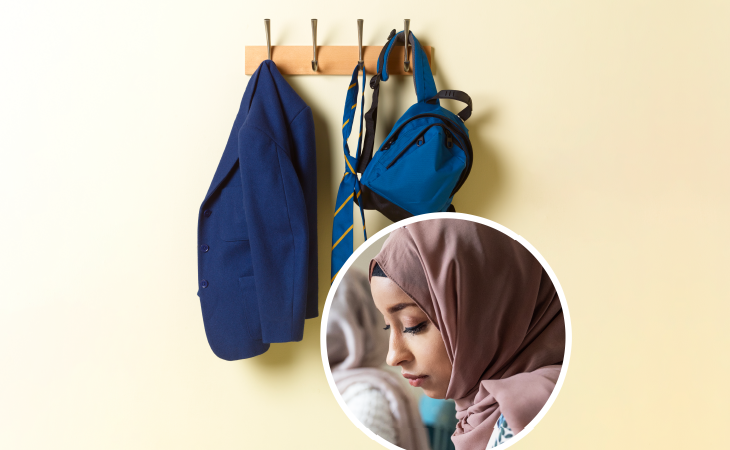 A school in Massachusetts admitted that it was 'insensitive' to give an eighth-grade student a uniform violation for wearing the hijab.

The student, who arrived at the Mystic Valley Regional Charter School (MVRCS) for the first day of classes, was given a 'School Uniform Compliance Form' for her 'infraction.'

The school's policy says that students can only wear hijabs if they provide a letter from a “member of the clergy".

A family member of the student posted on social media a picture of the form she received from a teacher. In the description of the infraction, the hijab was misspelt as 'jihab.'

"It’s Afnaans first day of school wearing hijab for this year and she gets sent down to the office for not being uniform compliant," said the post from Dalia Zeabi.

"She comes home crying and in a horrible emotional state refusing to go to school tomorrow. We’ve constantly faced discriminatory behavior at MV me, my siblings and many others but this is pushing all limits ESPECIALLY since this was an issue addressed and resolved years ago," she added.

Dalia shared her story from the same school ten years ago when she was 'forced to stay in the office (in school detention)' until her parents obtained a letter from a religious leader.

"Speak up for yourselves and your kids always, and don’t let anything slide because once you do it only gets worse," added Dalia in her post.

The school said in a statement that the student faced no repercussions for the infraction.

“While we would like to reiterate that the well-respected staff member overseeing the process should bear no responsibility for what has transpired, we understand how our handling of the situation came across as insensitive and look forward to using this moment as a learning opportunity to improve our policies and procedures,” the statement added.

Gary Christenson, the mayor of Malden, said in a statement that he was saddened by the issue.

"I understand that MVRCS has been unwavering in the commitment to its uniform policy, however, as a prominent member of our Muslim community stated, wearing hijab is a protected right, it is not part of a uniform and should not be looked at as such," he said.

The mayor added that he has reached out to the family and is encouraging the school "to create a policy that better reflects the open-minded approach."

In 2017, the same school came under fire for having a policy that banned hair braid extensions, according to the AP. The parents of 15-year-old twin daughters, who were black, said they were punished for wearing hair extensions, whereas white students were not punished for violating hairstyle regulations.