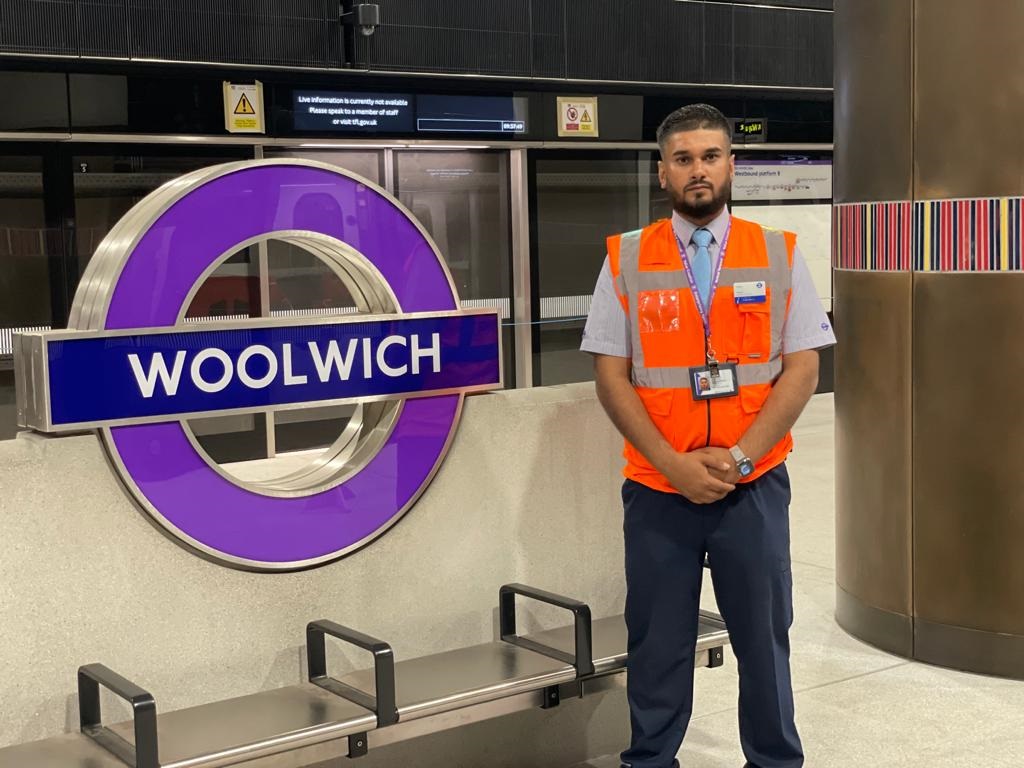 "It was an emotional moment," Rizwan Javed recalls in deep thought. "I was nervous and approached the situation thinking to myself, am I going to say the right things? Am I going to do the right thing? It's important to have the knowledge and skills to build small talk. And the courage to overcome them and have that difficult conversation."

This was the first of 29 people that Javed, a rail worker for the MTR Elizabeth Line at Ealing Broadway station in West London, has saved since 2015, and he remembers it vividly like it was yesterday.

He encountered this person at the lowest point in their lives, just two days after his initial training with the Samaritans.

Javed won the Samaritans Lifesaver Award in 2018, which recognises people who have used their talking and listening skills to save lives.

Speaking exclusively to Living The Life, Javed said that he had two uncles who were also rail workers, so he followed in their footsteps and "always listened to their stories growing up, and I just wanted to be a part of it with a good career and opportunity and Alhamdulliah I was presented with that in 2015."

Rizwan completed the Samaritans' Managing Suicidal Contacts training course in 2015, which trains rail staff with the skills to help someone at risk of suicide on the railway. Javed explains the process of how he builds with someone who is at their most vulnerable.

"The Samaritans have been working in partnership with Network Rail, and the wider industry for ten years delivering training to staff like myself, and British transport, just giving me knowledge of what to identify with a vulnerable person, how to support them and how to take them to a point of safety."

Unfortunately, the railways tend to be a notorious hotspot for people who wish to commit suicide. When asked why it seems to be that way, Javed said that he would rather focus on avoiding its happening again:

"To be honest, I haven't really figured that one out myself. It's all about supporting them with the staff within that environment, are trained to identify wonderful people and approach them and deal with small talk in order to take them to the point of safety. For me, it's all about supporting people when they're at their lowest point."

For more fascinating interviews about topical issues related to the Muslim community, watch Living the Life on Islam Channel, Monday to Thursday at 7pm.