The First Flying Human was a Muslim Engineer 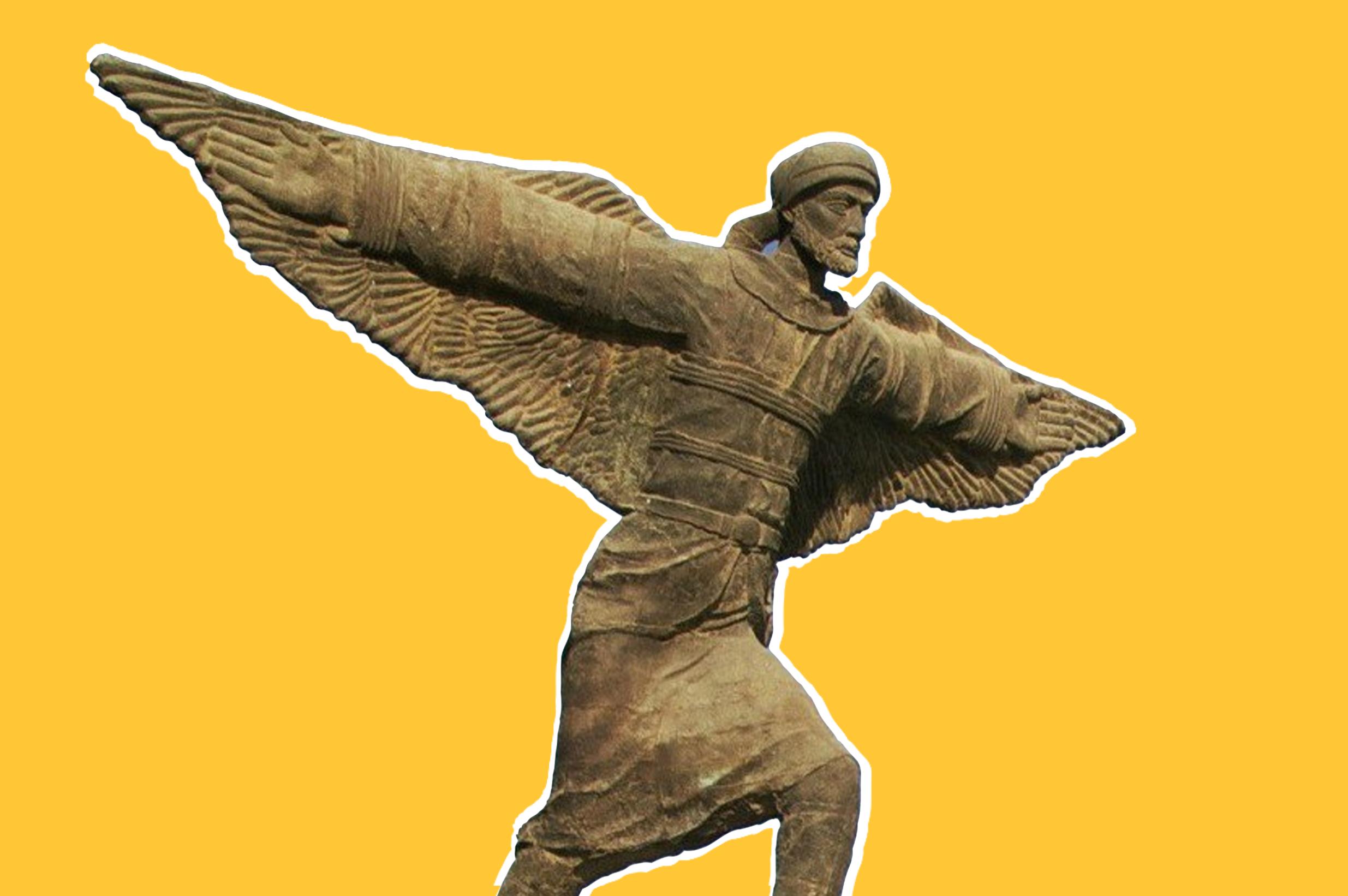 Humans have been flying for over a hundred years, thanks to the invention of the first plane by the Wright Brothers in 1903.

However, one Muslim engineer managed to achieve heavier-than-air flight a thousand years earlier.

Abbas ibn Farnas, the 9th century engineer is considered the first human to fly using a pair of wings built by silk, wood and real feathers.

Born in 810 in a region near Cordoba, Abbas ibn Farnas stood out in the golden ages of Islam as a scientist, inventor, poet, philosopher, alchemist, musician and astrologer. He became known as Hakim Al-Andalus (The Wise Man of Al-Andalus).

He introduced the Western World to the technique for carving rock crystal. He invented an anaphoric clock, which is a complex mechanism that uses water as a liquid engine. Abbas developed the first armillary sphere in Europe that performs calculations and approximate astronomical observations.

But his most famous work, which led to him flying in 852 by creating a parachute, which left him with broken bones and disappointment. As he did not assess the landing. He was not deterred and continued with his work refining the creation into what we call today as the glider.