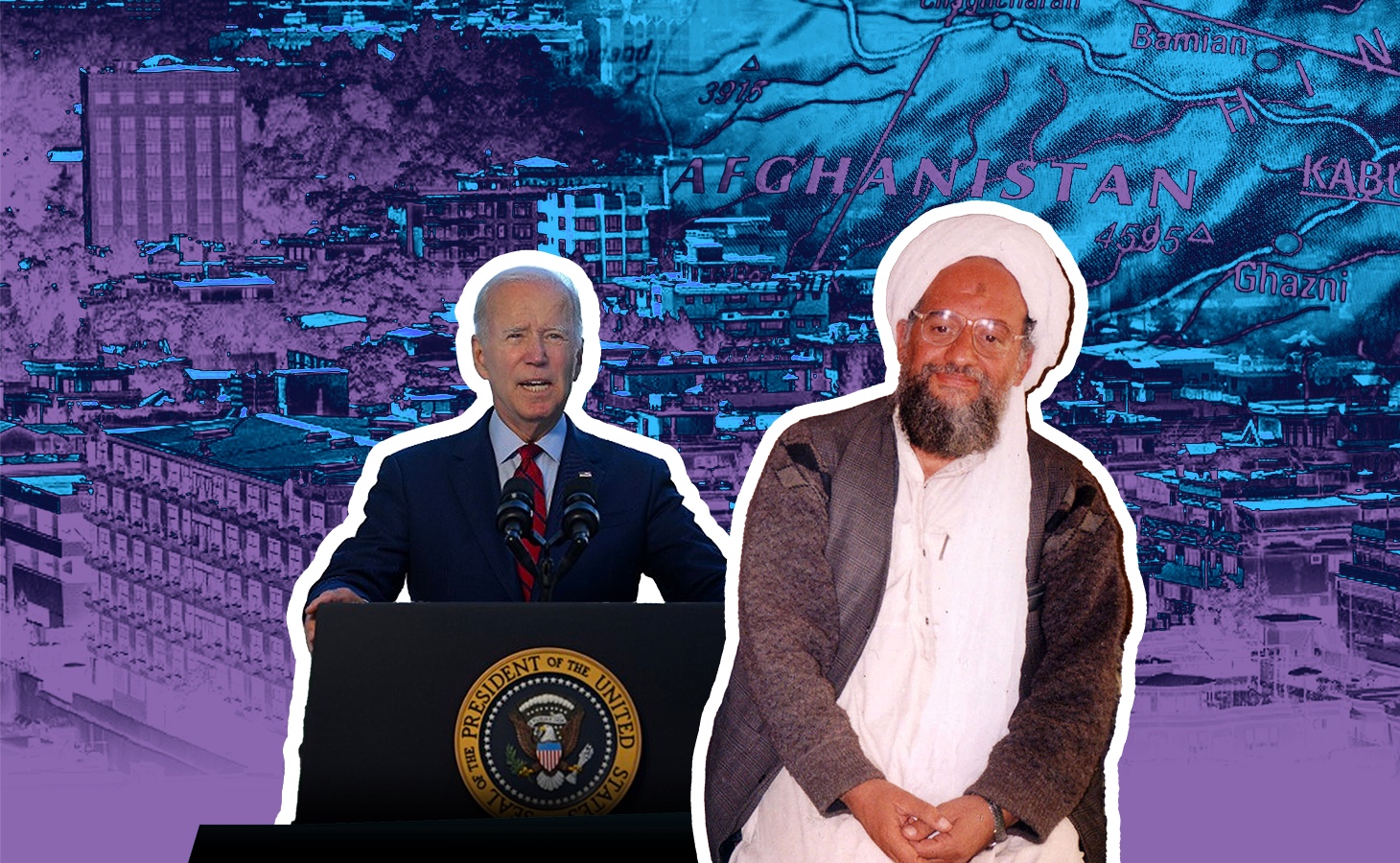 A United States drone strike killed Al Qaeda chief Ayman al-Zawahiri at a hideout in the Afghan capital over the weekend.

President Joe Biden said on Monday evening that he gave the final go-ahead for the strike that targeted Zawahiri in Kabul.

The Taliban spokesman Zabihullah Mujahid confirmed the air strikes and said the Islamic Emirate of Afghanistan ”condemns this attack on any pretext and calls it a clear violation of international principles and the Doha Agreement."

"Such actions are a repetition of the failed experiences of the past 20 years and are against the interests of the United States of America, Afghanistan and the region. Repeating such actions will damage the available opportunities,” he added in a tweet.

A senior US administration official said Zawahiri was on the balcony of a house in Kabul when he was targeted with two missiles, an hour after sunrise on July 31.

"Justice has been delivered and this terrorist leader is no more," Biden said, adding that he hoped Zawahiri's death would bring "closure" to families of the 3,000 people killed in the United States on 9/11.

The US has also accused the Taliban of breaching the Doha agreement. Secretary of State Antony Blinken said that "by hosting and sheltering" Zawahiri, the Taliban had "grossly violated the Doha Agreement" signed in 2020.

The Doha Agreement demanded that all American forces leave Afghanistan.

The agreement also required the Taliban to stop the country from being used as a base for international terrorism. However, it did not explicitly demand they expel al-Qaeda from the country.

“We have not seen anybody living there for almost a year," said an employee of a nearby office. "It has always been in dark, with not a single bulb lit."

Abdul Kabir, a Kabul resident, said: "They have given no evidence, they should have showed to the people and the world we have hit this person and here is the evidence.

"Probably it might be another person who was targeted and they just tagged him with his name."

Zawahiri, an Egyptian surgeon who grew up in a comfortable Cairo household before joining Al Qaeda, has been on the run for 20 years since the 9/11 attacks.

He took over the group after Osama bin Laden was killed by US special forces in Pakistan in 2011 and had a $25 million US bounty on his head.