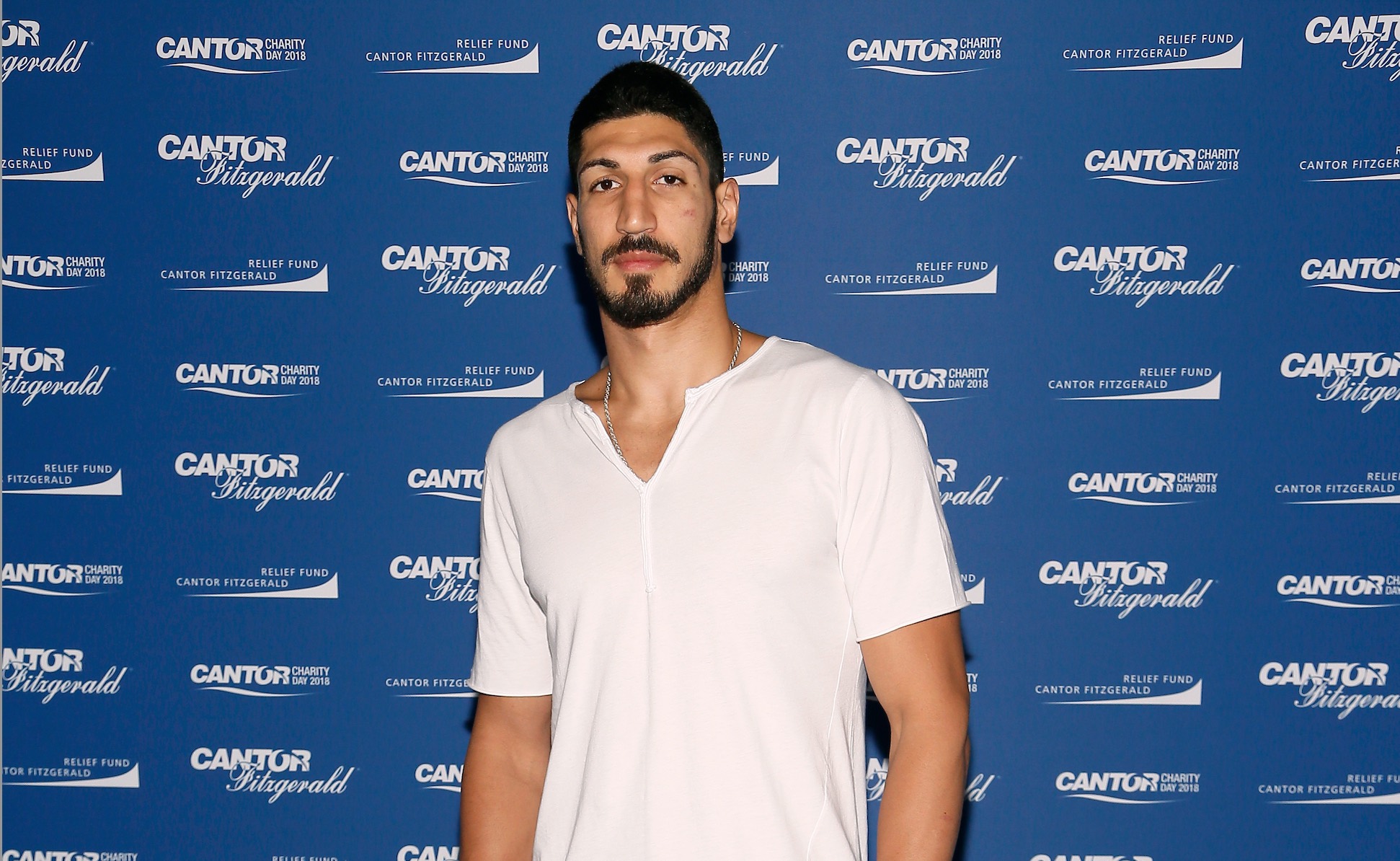 Boston Celtics basketball player Enes Kanter has slammed several Muslim leaders and sports stars for their silence over the 'genocide' of Uyghurs in China.

In a 3-minute video on Twitter, the NBA star highlighted the plight of Uyghurs and other minorities in China, calling Xi Jinping a 'heartless dictator' and demanding the closure of 'slave camps'.

Heartless Dictator of China,
XI JINPING and the Communist Party of China.

I am calling you out in front of the whole world.
Close down the SLAVE labor camps and free the UYGHUR people!

‍
"Right now as I speak this message, torture, rape, forced abortions, sterilizations, family separations, arbitrary detentions, concentration camps, political reeducation, forced labor … this is all happening right now to more than 1.8 million Uyghurs in the Xinjiang region in northwestern China," said Kanter in the video while wearing a "‘Freedom for Uyghur’ T-shirt.

"The Chinese government has been taking sweeping measures to crackdown on the Uyghur people simply because they embrace their own religion, their own culture, language, history and identity. The Uyghur region has become an open-air prison and surveillance state where freedoms are non-existent for the Uyghur people. The Chinese government has sent Uyghurs along with Kazaks, Tajiks and other Muslims groups to concentration camps for simply applying for a passport, for texting someone overseas or for believing in anything that does not align with the Chinese Communist Party’s agenda."

Kanter then turned his attention to the Muslim world and their reluctance to criticise the Chinese government over its treatment of the Uyghur people.

"It’s so disappointing that the governments and leaders of Muslim-majority countries are staying silent while my Muslim brothers are getting killed, raped and tortured," said Kanter.

"I’m talking about you, Pakistani Prime Minister Imran Khan, Saudi King Salman, United Arab Emirates Mohammed bin Zayed, Iranian President Ebrahim Raisi. It’s shameful and sad how you’ve decided to prioritize money and business with China over human rights. You call yourselves Muslims but you are just using that for show. You simply do not care about people.

"And this goes out to fellow Muslim athletes as well. Why are you staying silent? Mohammed Salah, Kareem Abdul-Jabbar, Amir Khan … Say something. Do something. Speak up. Your silence, your inaction is complicit."

He added: "Heartless dictator of China, Xi Jinping, and the Communist Party of China, I’m calling you out right now in front of the whole world. Close down the slave labor camps and free the Uyghur people. Stop the genocide now."

More than a million Muslims are in camps in Xinjiang, according to activists and The United Nations. Former inmates say torture, forced labour and sterilisation of women happens at an industrial scale in these camps.

The Chinese government is also accused of forcibly transferring citizens to work in factories across the country. Many of these factories are reportedly part of the supply chains of various well-known global brands.