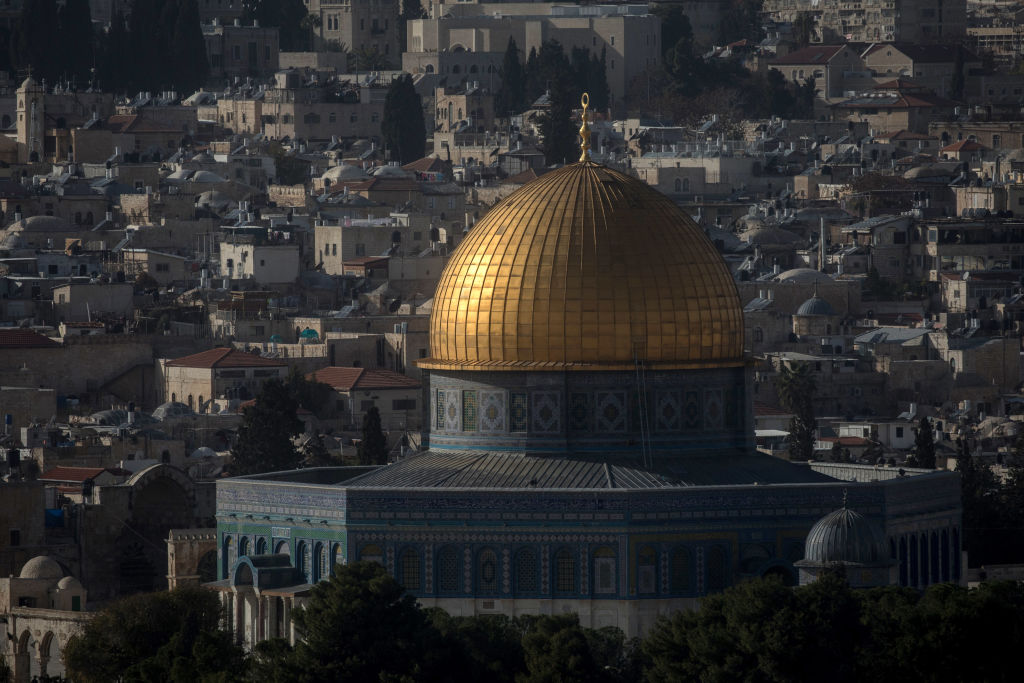 At least 152 Palestinians were injured as Israeli forces raided the Al-Aqsa Mosque in occupied East Jerusalem in the early hours of Friday morning.

The Islamic endowment that runs the masjid said Israeli forces entered in force while hundreds of Palestinian worshippers were at the site for Fajr prayers.

The scenes were reminiscent of the raid on al-Aqsa last year that preceded the Israeli attacks in Gaza.

The Palestinian Red Crescent said the police blocked the arrival of ambulances and paramedics as the assault lasted four hours before the worshippers defending the masjid were cleared.

No difference this year! The fate of Masjid al Aqsa is the same this Ramadan as well! While we muslims are busy fighting each other, Israel keeps attacking the worshippers in the first qibla of Islam!... What will bring us to our senses?... I don't know.
pic.twitter.com/suejyy0rTh

The moment when Israeli occupation forces assaulted a young Palestinian woman while she was documenting the Israeli crack down on worshippers at Al Aqsa mosque. pic.twitter.com/zzvHbd1Xwl

The raid comes as concerns increase over threats by far-right Jewish groups to offer animal sacrifices in the courtyards of Al-Aqsa for the Jewish Passover holiday — something that has not occurred there since ancient times.

Earlier in the week, scholars representing over 40 Muslim organisations and groups from around the world warned against the potential Israeli raids on Al-Aqsa and the plans by Jewish extremists to conduct ritual sacrifices on the site, according to news agency Anadolu.