'Why British Muslims should join the enough is enough campaign' 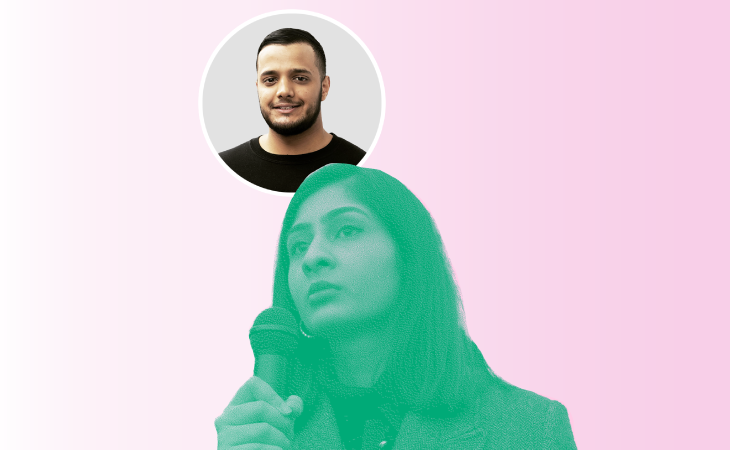 ‍Islam channel columnist Taj Ali writes about the "Enough is Enough" campaign and why he thinks Muslims should get involved in this grassroots movement against the cost of living crisis.

Britain is experiencing the worst squeeze on living standards since the 1950s. Nearly 4 million children are growing up in poverty, millions will have to choose between heating and eating this winter and workers who’ve experienced the longest period of wage stagnation since the 1800s now face further real-terms pay cuts. Rising food and fuel prices, soaring energy bills and inflation in the double digits - for many of the poorest and most vulnerable in our communities, things couldn’t look anymore bleak.

But not everyone is affected by the current crisis. Indeed, for some there is no crisis at all. As Labour MP Zarah Sultana explained in the ‘Enough is Enough’ campaign launch video, there are record profits for big business, record numbers of billionaires and record wealth for the top 10% in the UK. This juxtaposition, encapsulating the growing chasm between rich and poor, demonstrates that the current crisis is not an inevitability but a political choice.

British Muslims are at the sharp end of the cost-of-living crisis. Our communities are disproportionately working-class, have been disproportionately impacted by deindustrialisation, austerity cuts to public services, Covid-19 and now, the cost-of-living crisis. A 2015 study by the Department for Work and Pensions found that half the British Muslim population lived in poverty compared to a national average of 18%. British Muslims experience the lowest earnings of any religious group, earning £350 less each month than the average.

For many communities, including my own in Luton, there has always been a cost of living and there has always been a crisis. A jaw-dropping 46% of children in my town are growing up in poverty. We have the highest rate of homelessness outside of London with 1 in 66 people classified as homeless. Instead of much-needed investment, our town is still reeling from the impact of austerity cuts to public services. The government cut non-ringfenced grants to local councils (grants which can be used for whatever the council deems necessary) from £32.2 billion to £4.5 billion over just ten years. Growing up in Luton after the 2008 financial crisis, my generation witnessed the closure of youth centres, libraries and community centres. The current crisis is likely to inflict further misery.

We have the know-how and capability to give workers a decent wage, to end homelessness and to tackle child poverty. What we lack is the willingness. And that is because people in positions of power are so detached from our communities and divorced from the everyday struggles of ordinary people.

The Enough is Enough campaign

In the absence of political leadership in Westminster, the Enough is Enough campaign has been set up to demand better. The campaign has five core demands: slash energy bills, a real pay rise for workers, an end to food poverty, decent affordable homes for all, and increasing taxes on the rich to fund these progressive policies.

Launched last month, half a million people have already signed up to the campaign. The campaign announced 50 rallies across the country, with thousands attending in cities like London, Manchester and Glasgow. Further rallies are scheduled this week in Luton, Leeds, Bristol and Birmingham.

As British Muslims, the vast majority of us immigrants or children of immigrants, we know first-hand that our rights and freedoms were never given to us by the benevolence of the state. Rather, they were fought for tooth and nail by our people. From the fight for independence from exploitative colonial rule to the fight against racism in the 20th century, our communities have a rich and proud tradition of political activism.

We fought for our rights in this country and, as the cost of living disproportionately impacts our communities the most, it’s time for that fighting spirit to be re-ignited.

A co-founder of the Enough is Enough campaign, Zarah Sultana MP is encouraging British Muslims to get involved with the campaign:

"50 percent of UK Muslim Households are living in poverty and the cost-of-living crisis will hit our communities the hardest. The coming winter will be particularly challenging for many British Muslims. The Enough is Enough campaign has been set up to fight for communities like our own who have been neglected by the current political system for far too long."

Zamard Zahid, a former teacher and anti-racist campaigner from Glasgow, says the Enough is Enough campaign represents a lifeline for our communities.

“The urgency to act means we need to be part of something bigger and stronger and get behind the Enough is Enough campaign. There has been no credible movement representing the working-class Muslim voice until now. Low wages, rising bills and horrific living conditions are issues that unite us all regardless of race and religion.”

The campaign seeks not just to put pressure on policymakers on a national level but to encourage organising on a local level to support the poorest and most vulnerable in our communities. Local ‘Enough is Enough’ groups are being set up to support food banks, housing tenants in poor housing and stand in solidarity with striking workers on picket lines.

As many struggle to make ends meet and worry about being able to pay their bills, the Enough is Enough campaign has provided a sense of hope to British Muslims like Mohammed Qadri, who is helping to organise a rally in Luton.

“The Enough is Enough Campaign is a movement that is ready to fight back and show there is another way, a way that is fairer, a way that is inclusive, a way that can work. As a Muslim, I believe it is our duty to join any campaign that promotes and fights for fairness and equality and I cannot see any fight more worthy than being the voice for those that do not have a voice.”

Often, times of national crisis provide fertile ground for the far-right to unleash a new wave of racism and xenophobia, scapegoating minorities for society’s problems. The Enough is Enough campaign provides a progressive alternative. As journalist Aditya Chakraborty highlighted recently, “moments that could have been commandeered by Nigel Farage or the extreme right have instead been framed as a class-based conflict in which poor people of all ethnicities get screwed while utility bosses and their shareholders profit.”

British Muslims are an important part of this broad working-class coalition and it’s vital that our voices are heard.