10,000 a year lose out from government's halal student finance failure 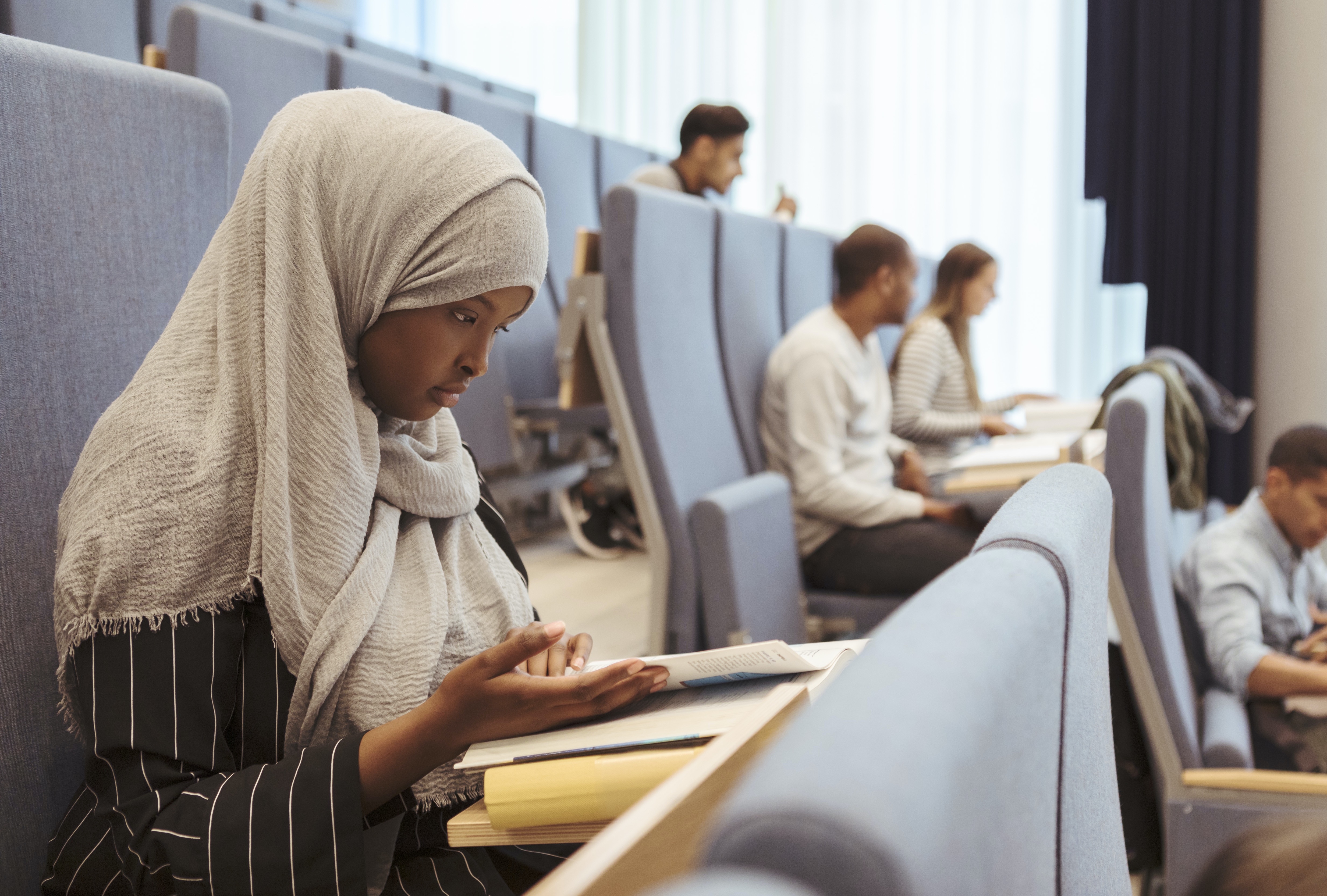 If the government decides to scrap the introduction of a halal student financing scheme it will continue to disadvantage 10,000 Muslim students a year, according to the latest study by Muslim Census.

Interim results from the survey carried out by Muslim Census shows more than 4,000 Muslim students a year miss out on university and a further 6,000 self fund in order to avoid conventional student loans.

That means 100,000 Muslims have been disadvantaged due to the lack of a halal student finance alternative since 2012 — the year £9,000 tuition fees were first introduced.

But nothing has changed in the last eight years and there is concern that the idea could be scrapped.

"Later this month and into November, the government will be reviewing this decision on alternative student finance. And there is the potential of them discarding the idea completely," Sadiq Dorasat, Co-founder of Muslim Census, told Islam Channel.

"So that is why we wanted to introduce this survey… to understand what has been the impact of this eight-year delay and if there's demand for this alternative student finance currently," he added.

When asked what the government's commitment is to introducing the alternative student finance scheme, a Department for Education spokesperson told Islam Channel: “The Government has been considering Alternative Student Finance carefully ahead of our response to the recommendations of the Augar panel. We will set out further information in due course”.

In 2019, the Augar report made 53 recommendations covering higher education and student funding.

Students talk about how they pay for their studies

The survey attracted 36,000 responses and was done in partnership with Islamic Finance Guru, the National Zakat Foundation, the British Board of Imams and Scholars and leading student advocate Asha Hassan.

They hope the survey will quantify the impact of the delay in introducing alternative student finance and put pressure on the government ahead of their reforms to university funding, which will be announced in a few weeks.

The interim results show:
- Out of the 4,000 students that decide not to go to university, 95% expressed sadness at the missed opportunity.
- 1 in 6 Muslims self fund to avoid existing student loans. A large percentage work full or part time whilst studying, or compromise on the course or university they attend.
- Of the Muslims who take the existing student loan, 4 in 5 feel they have compromised their faith, which has resulting mental health consequences.
- 7 in 10 Muslims feel the existing student financing options are discriminatory against Muslims.

"Our hope here is for these results to be looked at and for the Department of Education to understand and recognise the impact that this delay has had on Muslims in the UK," said Dorasat.

"And then to act on it. We want an alternative student finance option to be implemented for the next cohort 2022, so another 10,000 Muslims do not experience this extreme hardship," he adds.

The full survey results are expected to be published in the coming months but the interim results were released to give an insight into how urgent it is for the government to act.

Rizwan Yusoof, Director of Services of National Zakat Foundation, one of the organisations who facilitated the survey said: “With Muslim communities especially affected by economic deprivation, improving the life chances of 10,000 students annually through granting them equal access to funding a degree would help to break the cycle of inter-generational poverty, and demonstrate the government has a meaningful commitment to deliver on it’s aim of levelling up equality of opportunity.”

Dorasat says the Muslim Census team is yet to sift through in detail all of the qualitative answers from the 36,000 responses. But he has seen a lot of similar stories: "Muslims said that they struggled during their A Levels because this internal conflict was on their mind. Do they need to take out the student loan?

"For those that currently are at university, they shared experiences of working several hours a week, night shifts to fund their tuition fees, having to apply for scholarships and grants and having to borrow from family members.

"Many of them shared the same lines — of the extreme difficulty that this student loan is having on young Muslims."

You can watch more of the interview with Dorasat below

The organisations fronting this issue are encouraging people to write to their MPs and raise awareness about halal student finance.