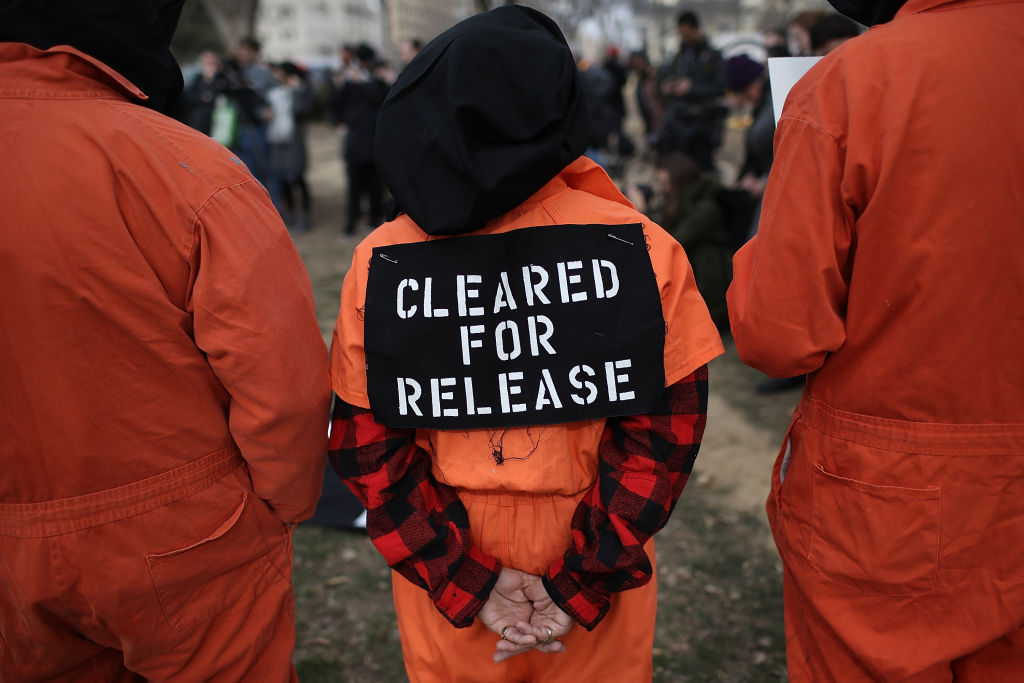 On January 11 2002, the first detainees of the 'War on Terror' arrived at Camp X-Ray in Guantanamo Bay.

It is 20 years since the first man set foot in the detention camp in Cuba — hooded, shackled and restrained in that now infamous orange jumpsuit.

"The images and accounts of torture at Guantanamo disturbed the world, but very few dared to question the legitimacy of holding prisoners in the camp, and even fewer attempted to lift the hoods to uncover the humans underneath," the independent advocacy organisation CAGE said in a statement to mark two decades of Guantanamo.

CAGE was created in 2003 and built the first database containing the names and faces of the men held at Guantanamo.

"As more men were released from Guantanamo over the years, recognition and anger grew over the legal and moral travesty that it represented. The US sought to undermine every legal or political avenue to hinder efforts by prisoners to hold them to account," said CAGE.

Barack Obama promised to close the facility, citing America's international prestige but failed to do so. Meanwhile, Donald Trump campaigned on keeping it open.

President Biden again signalled intentions to close the facility but signing the National Defense Authorization Act has made it tougher for the President to deliver on that promise.

"While representing another notch in a string of broken promises from US Presidents, the National Defense Authorization Act only further clarifies how Guantanamo Bay is intimately bound up with the broader project of American violence and its military-industrial complex – and is a stark reminder that campaigns cannot focus narrowly on the facility itself without challenging the War on Terror that it has come to symbolise," said CAGE.

These policy choices have had serious global consequences. CAGE said the Islamophobia that the facility thrived on has now become mainstream across the world

"The lawlessness of the detention system has become normalised in the countless policies instituted which have stretched the boundaries of state power and repression beyond recognition," said the group.

"The results of the last two decades of the war on terror has been forever wars abroad and the erosion of rights and freedoms domestically. It has led to loss of credibility, standing, principles and morals on the part of the US and its allies," it added.

A new report assesses the massive costs of US extraordinary rendition, secret detention, and torture after September 11.

The report, from the Costs of War Project at Brown University’s Watson Institute and Human Rights Watch, outlines how these abuses trample on the rights of victims and suspects and jeopardise human rights protections for everyone.

It recommends the US undertakes significant counterterrorism reforms, including closing Guantanamo and holding abusers to account.

The report notes that:

The report adds that for many people outside the US, memories of the US government’s "brutal treatment of detained Muslims remain potent."

It says that as abuses continue, they act as a recruitment card to armed groups and lower the bar for treatment of suspects worldwide.

"Today, even when the U.S. decries unlawful practices abroad, it appears to have lost the moral authority that might compel other countries to curb them," it says.