Muslim comings and goings in the Premier League 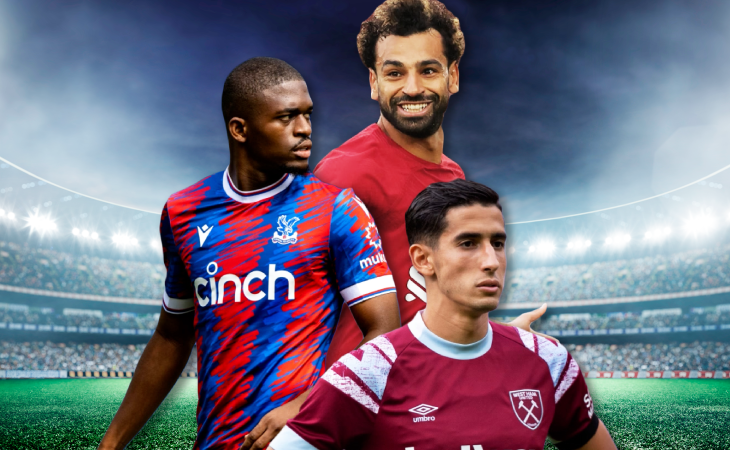 ‍Premier League teams have been busy this summer making new signings and Shamoon Hafez profiles some of those that are new to the English top flight.

The excitement of a new Premier League season builds up with the campaign getting underway on Friday when Crystal Palace host Arsenal.

It will be a unique season as the Qatar World Cup takes place in a Muslim country for the first time and instead of being in the summer, it will take place in November and December, bringing club football to a halt.

By then, teams will be halfway through a packed schedule and the new Muslim players signed by clubs may well have had an impact.

Here, we profile some of those that have come to England, the star names that have departed and the undoubted main man once more.

At least five Muslim players have been signed by Premier League clubs from aboard, with big money being spent on some of those

Centre-back Koulibaly has long been linked with a move to the Premier League and it has finally transpired this summer.

The 31-year-old defender – nicknamed ‘The Wall’ – possesses both power and speed and won the Coppa Italia in his time in Italy.

He also captained Senegal to victory in the Africa Cup of Nations earlier this year and is expected to lead the team once more at this winter’s World Cup.

Centre-back Aguerd is described as having “good technical ability” and joins a West Ham side that will play in the Europa Conference League this season.

The hefty fee is the fourth highest ever paid by the Hammers, though the 26-year-old will miss the start of the season after undergoing surgery on an ankle injury suffered in pre-season.

A Morocco international who has claimed 25 caps, he is another who is likely to head to the World Cup.

Mali international Doucoure helped Lens to a seventh-placed finish in the French Ligue 1 last season, having gained promotion with the side at the end of the 2019-20 campaign.

The 22-year-old defensive midfielder adds steel in the middle of the park for Patrick Vieira’s Palace that finished 12th last season and reached the semi-finals of the FA Cup.

Doucoure played 37 times during the 2021-22 campaign, scoring one goal.

Towering centre-half Niakhate is of Senegalese descent but has been capped by France at international level and has excellent ball-carrying abilities.

The 26-year-old finished eighth with Mainz in the Bundesliga last season, narrowly missing out on European football.

Having joined newly promoted Nottingham Forest, Niakhate will aim to keep the Midlands side in the top-flight for a side that last played in the Premier League 23 years ago.

Kamara may prove to be one of the signings of the season, brought in on a free transfer and described as being “one of the hottest prospects” in France.

The French youth international was linked with a move to Manchester United and Chelsea but opted to join former England captain Steven Gerrard at Villa Park.

The 22-year-old is an all-action midfielder, adept at pressing the opposition and winning the ball back, as well as being comfortable on the ball.

Former Liverpool forward Sadio Mane was one of the highest profile players to leave the Premier League this summer, joining Bundesliga champions Bayern Munich for £35m.

Mane recently said he wanted a “new challenge” in his life after winning the Premier League, Champions League, FA Cup and Carabao Cup with the Reds.

World Cup winner Paul Pogba had a less successful six years at Manchester United. Having been brought in for a huge £89m, he left Old Trafford on a free transfer to return to Juventus in Italy.

German defender Antonio Rudiger is another to decide not to renew his contract in England with Chelsea, opting to join European champions Real Madrid.

Trezeguet (Aston Villa to Trabzonspor), Cenk Tosun (Everton to Besiktas) and Romain Saiss (Wolves to Besiktas) were some of the other outgoings.

The 30-year-old Egyptian ended speculation about his Anfield future by recently signing a new contract, which is worth a reported £350,000-a-week.

With a renewed focus, Salah will be one of the key players in the Premier League once more and fired a warning to opposition teams by scoring in the Community Shield victory over champions Manchester City last Saturday.

6 Muslim baby traditions you should know about
Commonwealth Games: The Muslim athletes to keep an eye on
What's on Islam Channel this August?