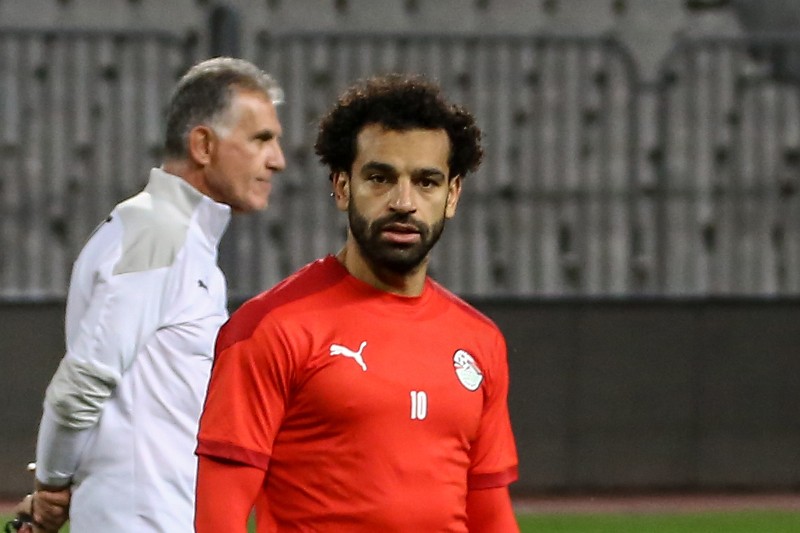 The Africa Cup of Nations will host some of the best Muslim footballers in the world but who will help their country win the AFCON 2021 title?

The tournament kicks off on January 9 in Cameroon and the early favourites include Senegal, Algeria and Egypt — the three teams that have some of the biggest Muslim footballing stars playing for them.

Whoever wins, Muslims players will play an integral role in the competition over the next month. Here are just some of the key Muslim players to watch out for.

Salah is seen as one of the best players in the world. He's in excellent form for Liverpool this season, scoring 16 goals and providing 9 assists. And his countrymen will hope that form continues in this tournament.

The Egyptian's made a huge impact in the UK, both on and off the field. A study by academics from Stanford University found hate crime towards Muslims fell significantly in Liverpool thanks to Salah's achievements for the football blub.

Mahrez is the captain of the champions — Algeria won in 2019. They are again amongst the favourites and will rely heavily on their wing-wizard if they are to win the competition again.

Born and raised in France, Mahrez made the Umrah pilgrimage to Mecca in 2017. In 2018 he won the 'Superstar Muslim in Sport' at the British Muslim Awards.

If Senegal are to win the tournament, Sadio Mane needs to be in top form. Even though Mane's had a quieter season than normal for Liverpool, for his country he's been prolific — scoring seven goals in his last 11 appearances.

Born in Bambali, Mane's father was the Imam in the small town's biggest Mosque, which Mane has paid to reconstruct.

Seen as one of the best fullbacks in the world, the 23-year-old has already made 21 international appearances. This summer, the youngster's performances were rewarded when he joined French giants PSG alongside Argentine legend Lionel Messi.

"I am a representative of Moroccan culture. At home, we speak Arabic, we cook Moroccan cuisine, I am a practicing Muslim," Hakimi told L'Équipe when he joined the French side.

Musa is one of Nigera's key players and he's bagged some important goals in big tournaments in the past. He was the first Nigerian to score more than once in a FIFA World Cup match in 2014.

Last year, the 'Super Eagles' captain was named the 2020 Nigerian Muslim Celebrity of the Year.

‍Another Liverpool player, Keita is captain of the national team and has won over 40 caps. Guniea are one of the underdogs in the competition and they will need the box-to-box midfielder to be in fine form if they want to progress.

Keita performs two heartwarming pre-match rituals before every game; one is to call his mum and the other is that he offers "a little prayer for my team and for everyone on the field, both sides, so that nothing bad happens, no-one gets injured."

‍The Napoli star is regarded as one of the top centre backs in the world. Koulibaly has been struggling with injury recently but his inclusion in the squad suggests he's expected to recover and help his country mount a challenge for the title.

Koulibaly regularly posts Muslim salutations and greetings on social media and has spoken out in solidarity with Uyghur Muslims in recent years.

With Hakim Ziyach missing for Morocco, a lot of pressure falls on the young shoulders of forward Ilias Chair who cemented his place in the national squad this year. He has six goals and five assists to his name this season for club side QPR.

Last Ramadan, Chair took part in a live stream with Islam Channel where he talked about how it is to be a professional footballer and fast during the holy month.