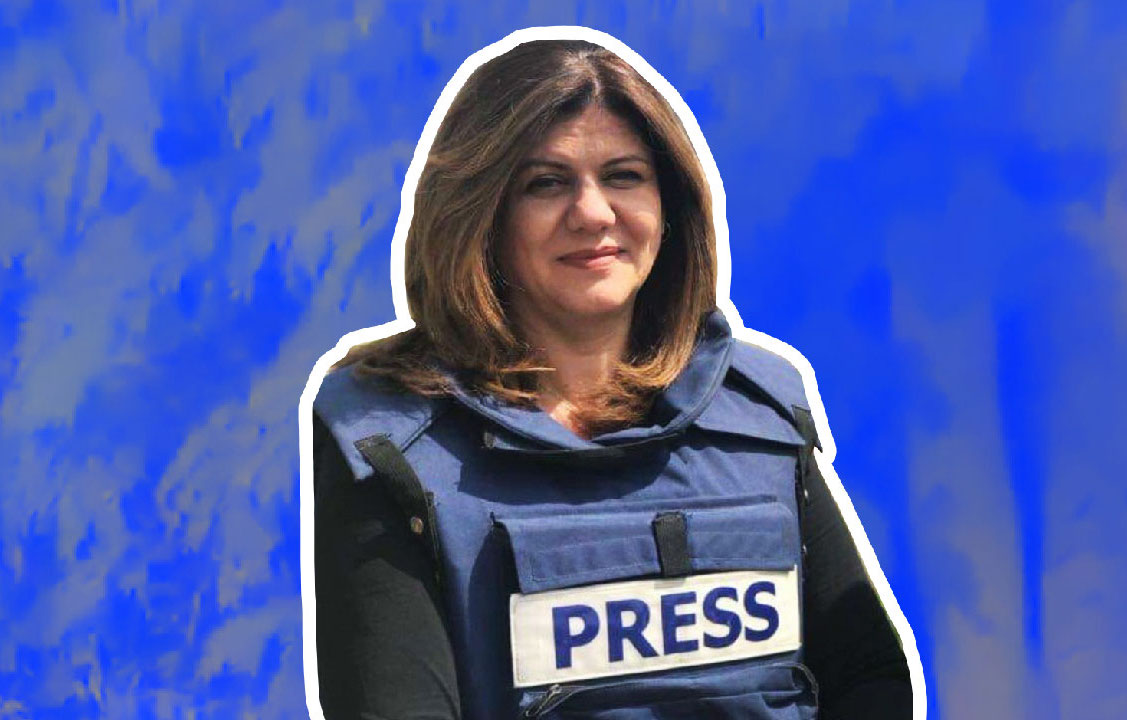 Despite wearing a press vest, the 51-year-old Palestinian journalist was shot in the head as she was covering an Israeli attack on the Jenin refugee camp.

In a statement, Al Jazeera called Abu Akleh’s death a “heinous crime, through which it is intended to prevent the media from fulfilling its message" and urged the international community to hold Israel responsible.

Another Palestinian journalist, Ali al-Samoudi, was also wounded in the attack.

"We were going to film the Israeli army operation and suddenly they shot us without asking us to leave or stop filming," he told Al Jazeera. "The first bullet hit me and the second bullet hit Shireen."

Al-Samoudi and other journalists said there were no Palestinian fighters present when the journalists were shot.

“We were all wearing vests and helmets,” said Shatha Hanaysha, a reporter who was travelling with Abu Akleh. “We were four journalists in an exposed area. There were no confrontations or shots being fired by Palestinian fighters.”

The Palestinian Authority denounced Abu Akleh’s killing as a “crime of execution”.

“The presidency holds the Israeli government fully responsible for this heinous crime,” it said in a statement.

An Israeli military statement confirmed it conducted an operation in Jenin refugee camp but said it did not target journalists. The military quickly backtracked on its earlier apparent misleading claims of who may have been responsible, which went against actual eyewitness accounts, and said it will investigate the incident.

Giles Trendle, Al Jazeera’s managing director, said that “Killing journalists… is a war crime” and reminded how Al Jazeera and other media organisations had their building bombed a year ago.

Qatar’s deputy foreign minister Lolwah Alkhater condemned the killing and called for the "state-sponsored Israeli terrorism" to stop. Al Jazzera is based in Qatar.

Israeli occupation killed Aljazeera journalist Sherine Abu Aqleh by shooting her in the face while wearing the Press vest and a helmet. She was covering their attack in Jenin refugee camp. This state sponsored Israeli terrorism must STOP, unconditional support to Israel must END. pic.twitter.com/Zg5QZkJ2bx

Tom Nides, the US ambassador to Israel, confirmed Abu Akleh was a US citizen and called for a thorough investigation.

Meanwhile, the International Federation of Journalists said it was another example of "journalists, wearing press vests, clearly identified were targeted by Israeli snipers." They said they will submit the case to the International Criminal Court.

IFJ GS @abellanger49 on the killing of Palestinian journalist Shireen Abu Aqleh 👇
"While the full details of this horrific murder are still emerging, testimony from journalists who were with her when she was killed point towards this being another deliberate... (1/4) pic.twitter.com/ovz8jJdBxX

The veteran journalist, who was a Christian, was born in Jerusalem in 1971. After graduating from journalism school, she returned to Palestine to work for several media outlets, joining Al Jazeera in 1997.

Thousands of people gathered to pay respects as her body arrived in the occupied West Bank city of Ramallah. And tributes have poured in since her death was announced.

Israeli occupation forces assassinated our beloved journalist Shireen Abu Akleh while covering their brutality in Jenin this morning. Shireen was most prominent Palestinian journalist and a close friend. Now we will hear the “concerns” of the UK govt & the international community pic.twitter.com/M6lKTbceHJ

"She was fearless, but she was also human.”

Shireen Abu Akleh’s colleague and close friend @DaliaHatuqa remembers the impact she had on the Arab world, and how she inspired a generation of women to become journalists.

“I chose journalism to be close to people. It might not be easy to change the reality but at least I could bring their voice to the world. I am Shireen Abu Akleh”. That sign off will forever be iconic. Rest in power and peace Shireen. pic.twitter.com/WKFjypywEa

Violence has surged in the West Bank in recent weeks as Israeli forces stepped up their assault on the Jenin refugee camp, which has left at least 26 Palestinians dead.

Attacks on al-Aqsa mosque over the last month has further heightened tensions, while in occupied East Jerusalem Palestinians continue to see their homes be razed by the Israeli military.