Analysis: Why are David Cameron and Policy Exchange only targeting Muslim critics of Prevent? 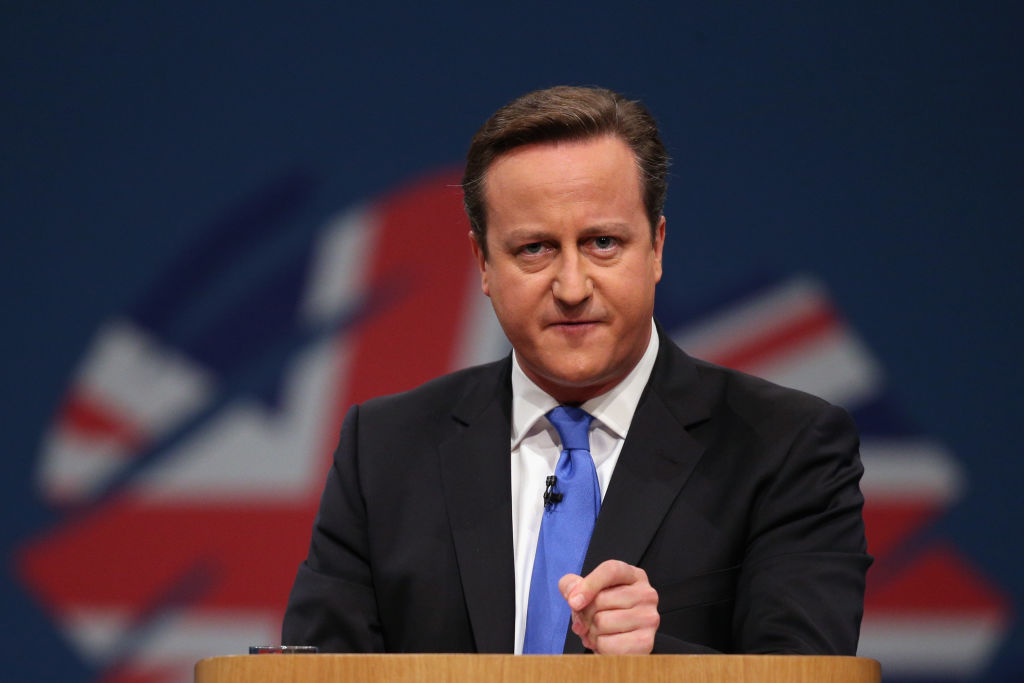 A new report from right-wing think tank Policy Exchange, with a foreword by ex-Prime Minister David Cameron, tries to rescue the government’s much-derided Prevent policy by attacking Muslims who have criticised the counter-extremism programme.

The controversial report, entitled ‘Delegitimising Counter-Terrorism', seeks to exclude Muslim institutions critical of Prevent from any form of engagement with government.

It conflates objections to Prevent with being against efforts to counter terrorism and extremism; and with encouraging non-cooperation with the police and security forces.

Why does it ignore non-Muslim critics of Prevent?

The report singles out Muslim groups and individuals for condemnation. It mentions the likes of the Muslim Council of Britain (MCB) and the Federation of Student Islamic Societies for being vocal critics of the scheme.

But Prevent has been criticised for years by prominent human rights organisations, politicians, student bodies, academics, lawyers and security officials. But none of these organisations, individuals or bodies get the attention. The report instead focuses only on Muslim – or ‘Islamist’ as it prefers to call them – organisations.

Here are just some examples of organisations that have been critical of Prevent:

The MCB’s Miqdaad Versi has collated a host of other examples to show why Prevent isn't just a Muslim concern.

In Cameron's foreword, he writes: "I believe those who refuse to challenge the falsehoods surrounding Prevent are guilty of a form of “passive tolerance”, whereby society fails to interfere in minority communities for fear of appearing racist."

What about the criticisms of Prevent from non-Muslims, are they 'falsehoods' too? It appears from the report that this label only applies when Muslims are criticising the scheme — why else would it be ‘racist’ to challenge Prevent critics?

It's clear that Muslims are singled out as a target because covering the issue fairly would show the diversity of opposition to Prevent and undermine the report’s entire argument.

Prevent has been criticised for years by Amnesty, Liberty, the UN, trade unions, student bodies, countless academics and lawyers, the list goes on

Yet its always the 'Muslim critics', highlighted, because highlighting the reality would demonstrate the strength of opposition https://t.co/4hoZki0ynh

How does criticising Prevent equate to “enabling terrorism”?

By not mentioning the non-Muslims who are critical of Prevent, Cameron is effectively only accusing Muslim critics of the programme of "enabling terrorism".

So, according to the report, criticising bad government policy is equivalent to enabling terrorism. But isn’t free speech one of the tenets which underpins democracy?

Ironically, at an event held by The Policy Exchange on the same day as the launch of this report, a government official said the government is “prepared to stand up for free speech.”  Apparently “diversity of opinion is as important as diversity of background” when you are speaking to a primarily non-Muslim audience.

To suggest that an anti-Prevent stance means you have extremist links, are guilty of passive tolerance or are enabling terrorism is absolutely abhorrent. There is a reason many people/groups - Muslim and non-Muslim - are against Prevent. 13/14

It seems like in the world of Cameron and the Policy Exchange, Prevent is the only way to tackle extremism. What about a programme that involves its critics and has buy-in from the community? (more on that later)

Muslim organisations criticise Prevent for its lack of effectiveness and proportionality, and feel it perpetuates Islamophobia — these are legitimate concerns to raise and holding the government to account is a robust part of our democracy.

Today’s report, says that those who critique government policy on counter-terrorism, are in effect ‘enabling terrorism’. Last time I checked, this was Britain, a country that encouraged robust debate.

Academic and expert on security and extremism Dr Maria W. Norris says Cameron’s line is ‘chilling and reactionary’ and points to its 'racialised' nature — as the targets are Muslims, not non-Muslims like her.

"This is racialised, the aim of the is not me, a non-Muslim who is deeply critical of Prevent and UK Counterterrorism policy. Muslims are the ones that are being targeted by David Cameron. On Ramadan too, because of course." she adds.

6 - And this is racialised, the aim of the is not me, a non-Muslim who is deeply critical of Prevent and UK Counterterrorism policy. Muslims are the ones that are being targeted by David Cameron. On Ramadan too, because of course.

Is the targeting of Muslims a deliberate attempt to silence the community?

Cameron writes: "Of course people should be able to challenge policies and agitate for reform. But you get the feeling from reading this report that there is no form of Prevent that these groups would support."

Who are 'these' groups exactly? As pointed out earlier, criticism of Prevent isn't exclusive just to "these" Muslim groups — who have consistently tried to engage with government about how to involve the community.

A spokesperson for the MCB told the Guardian that Policy Exchange has led efforts to discourage cooperation between the authorities and the organisation.

“It is therefore laughable that the Policy Exchange should now claim that we are the ones discouraging cooperation because we are exercising our democratic responsibility to scrutinise bad policy," it added.

It's clear that Policy Exchange is trying, but failing to, delegitimise the MCB — an organisation that has been praised for the work it’s done recently and received renewed positive attention since the appointment of Zara Mohammed, as its first female Secretary General, last year.

The MCB has, in fact, engaged in promoting other similar programmes. For example, in 2018, the MCB approved the Safe and Secure initiative, which was conceived by former senior Muslim police officer, Dal Babu, and Mike Howes, a former council head of community safety.

The initiative sought to push back on claims that Muslim weren't doing enough to counter extremism and addressed the same issues as Prevent but without the accompanying negative baggage.

Non-Muslim commentators on social media have noted the racialised nature of the attack and the desire to silence Muslim voices.

11- Part of me feels bad about highlighting Muslim scholars when they have just been targeted by the former PM, but you know what, that is what the government wants, and I refuse to silence Muslim voices.

Solidarity with all my Muslim friends who suffer these kind of racist attacks.
This reaction from @David_Cameron @thetimes & @Policy_Exchange shows that you are getting through.
Keep up the good work and let's #endPrevent and #CVE END/

Is the Policy Exchange Islamophobic and who are its so-called ‘experts on Islamism’?

Cameron writes that there is a campaign to misrepresent and undermine Prevent, which comes from "a small but vocal range of fringe groups, many of whom have extremist links themselves."

Though Policy Exchange is not "small" — it heavily influences Tory government policy— many have levied similar accusations at the group and its sinister links and associations.

Policy Exchange is a right-wing thinktank founded in 2002. Transparify, which looks at the financial transparency of major thinktanks, ranked it as one of the three least transparent think tanks in the UK in relation to funding.

Critics say it's not a fair arbiter on issues related to Muslims given its history. For example, in 2007 BBC Newsnight accused it of fabricating evidence about mosques distributing extremist literature.

Meanwhile in 2016, ITN retracted a misleading piece on UK Muslims based on 'inaccurate' reporting from the group.

One of the report’s so-called ‘experts on Islamism’ Paul Stott was accused of racism following some inflammatory tweets about the rapper Stormzy.

Nope definitely not racist!
I am sure Dr Paul Stott will give as a good non racist explanation on what the hell Ghana's welfare state has got to do with a British child!🧐 https://t.co/beEWwAj5fa

He was even reprimanded by his employers London's School of Oriental and African Studies (SOAS): "We agree with the criticism that has been expressed that these comments are ill-informed and extremely offensive. We fully understand why SOAS staff and students, and the wider community, are deeply concerned about statements such as this being made." He is no longer affiliated with SOAS.

Stott was a researcher at the Henry Jackson Society (HJS), the neo-con right-wing think tank. The group reportedly has links with US ant-Muslim groups and its members have allegedly shared platforms with "alt-right" and nationalist figures such as Richard Spencer, Steve Bannon, and Milo Yiannopoulos.

It seems this report is timed conveniently to support the impending release of the review of Prevent by William Shawcross. The appointment of Shawcross was met with heavy criticism due to his previous remarks about Islam.

In 2012, as a director of the Henry Jackson Society, Shawcross said: “Europe and Islam is one of the greatest, most terrifying problems of our future." And under Shawcross’s tenure, The Charity Commission was accused of institutional bias against Muslims by the Claystone thinktank.

So, it won’t come as a surprise to know that Shawcross is also linked with the Policy Exchange; he was appointed by the think tank as Senior Fellow in 2018.