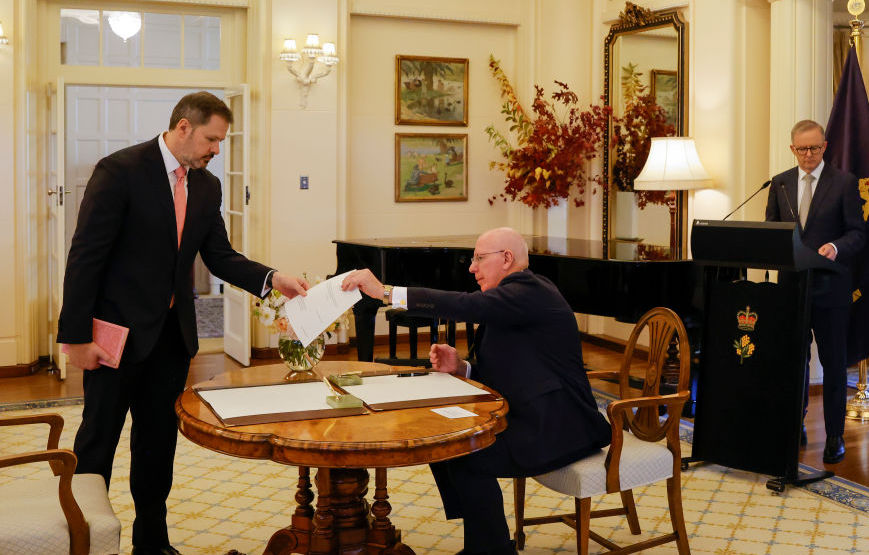 Ed Husic and Dr Anne Aly have became the first Muslim ministers in Australia’s history. The pair used a pink Quran to take their oath during the swearing in ceremony for the new government on Wednesday.

The ceremony marked a historic moment for Australia and is seen by many as a symbol of how the country is evolving and progressing.

Dr Anne Aly and Ed Husic are the first Muslim Australians to hold federal ministries. Both sworn in on the Qur'an #auspol pic.twitter.com/dqyYZsqJSt

Speaking to SBS News, Husic said the pair's appointment was not just about them but also about "Muslim Australians knowing that we can be part of something that's big."

"To be able to send a really powerful signal to young Muslim Australians about getting involved and being able to participate with the doors open," he said.

"There would be young people, particularly migrant kids, who would've many times felt like they were labelled as part of the other - and today they become part of [the] all."

The pink Quran was given to Husic by Maha Abdo, the CEO of Muslim Women Association. "I’ve got goosebumps now,” Abdo told The Sydney Morning Herald and The Age after gifting the holy book to Husic.

The son of Bosnian Muslim immigrants, Husic served as Shadow Industry Minister since the start of 2021. He was the first Muslim elected to parliament in 2010.

Dr Aly was born in Egypt but her family moved to Sydney when she was two. Before becoming a politician, Dr Aly was a lecturer and academic specialising in counter terrorism.

The Labor Party recently came into power and its new federal government is one of the most diverse in Australia's history.

As well as the Muslim ministers, a record number of women will serve in the cabinet, including an Indigenous woman who will serve as minister.