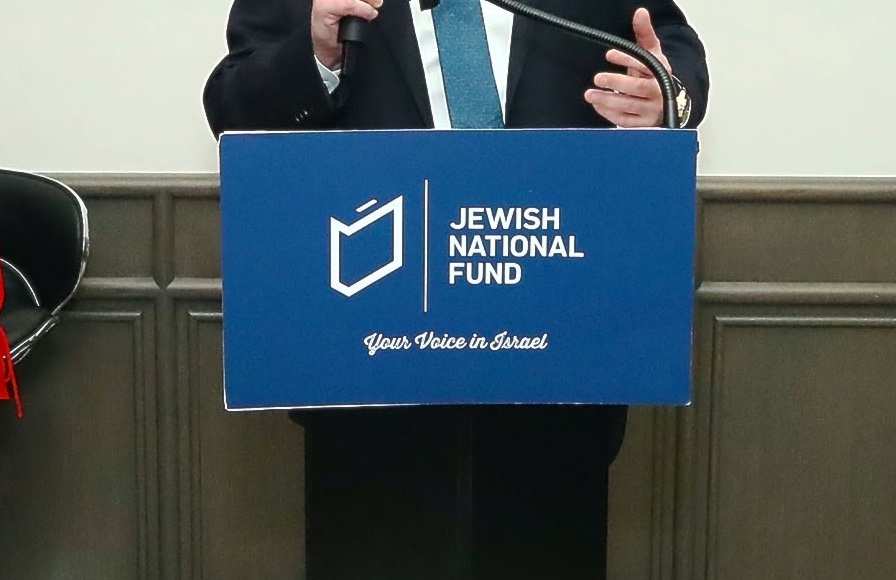 The Charity Commission said it will assess whether a "regulatory response" is needed following Islamophobic remarks made by the chairman of the Jewish National Fund (JNF UK), a charity founded to acquire Palestinian land which has established illegal settlements.

In an interview with Jewish News, chairman Samuel Hayek shared anti-Muslim and bigoted views, including disturbing sentiments on immigration that echoed the far-right 'Great Replacement' theories.

“We will be assessing this information to consider any regulatory response," a Charity Commission spokesperson told Islam Channel. "We are unable to comment further at this time.”

Hayek's comments prompted MP Alex Sobel to call for Hayek's resignation or an investigation into the charity by the charity regulators.

The only action needs to be an immediate resignation or removal by the board. If this doesn’t happen then the @ChtyCommission must investigate. https://t.co/gVBv2xagqT

"In Islam there is not a term for ‘peace’"

In the interview, Hayek claimed Muslim immigrants in Europe have failed to integrate with wider society.

"Our problem in the West is that we do not understand Islam. In Islam there is not a term for ‘peace’,' said Hayek, a close ally of former Israeli Prime Minister Benjamin Netanyahu.

The Iraqi-born millionaire said many Muslim immigrants in the UK “don’t speak English, they create their own ghettos, their own education, their own process of thinking.”

When it was pointed out that his remarks about Muslims were levied at Jewish immigrants in the past, Hayek said: “The Jews don’t want to kill anybody, or kill Christians because Christianity creates infidels. Or immigration from Poland. The Polish people come to England, they want to work, to develop. It is not the same when you have immigration that is motivated and guided by the rules of Islam.”

The former chairman of the Likud youth department, who has homes in the UK and Israel, also fed into far-right narratives about the “Great Replacement”— a nationalist conspiracy theory about how non-European immigrants will replace the white population.

“It was a process, the process is the white Christian majority is shrinking. It shrinks to a degree where there is a point it cannot protect itself anymore," said Hayek.

Asked about comments he made earlier in the month about Jews not having a 'future in England', he said: "The evidence is the number of immigrants to England. The demographic of British society is changing. Historical events sometimes take long to identify. It is clear England is changing."

When pushed on whether he specifically meant Muslim immigration, Hayek said: You are not wrong."

JNF UK was set up in 1901 to buy and develop land in Palestine and house illegal Jewish settlers. It now owns 13 per cent of the land in Israel.

According to the Palestine Solidarity Campaign, during the 1948 'Nakba' the group took land from Palestinians by force. "JNF UK's complicity in Palestinian dispossession continues today," the group says

JNF UK is represented on the Board of Deputies.

Its vice-chairman is Dr Alan Mendoza, the co-founder of The Henry Jackson Society — a neo-conservative think-tank that has been described as having an “anti-Islam agenda.”

Hayek's views have been widely criticised, including by the Board of Deputies, the Jewish Leadership Council and the Community Security Trust.

On social media, commentators were outraged by his comments.

Amos Schonfield, the Jewish founder & director of a youth movement that empowers migrants and refugees, said: “The staggering level of Islamophobic bigotry dripping off the Chairman of @JNFuk is made all the more galling by the fact that he said them unchallenged to a reporter. Samuel Hayek wanted people to know who he is - who the JNF is - and it is on us to decide if we tolerate that.

He pointed out the list of people that are patrons of the charity, which includes names like Tony Blair and Gordon Brown.

The list of patrons lending their names and legitimacy to JNF sure is ✨interesting✨ pic.twitter.com/4H26xLcAyU

David Cameron resigned as a patron in 2011. In the month leading up to his resignation, Stop the JNF Campaign wrote an open letter claiming the group had committed 'war crimes' against the Palestinian people and urging his resignation as patron.

Another person tweeted said: "Disgusting islamophobia and racism here as are some of the replies in this thread. I second the call for the @ChtyCommission to call an investigation into  @JNFuk if Samuel Hayek does not resign or the board does not remove him. My heart to my Muslim siblings affected by this."

Disgusting islamophobia and racism here as are some of the replies in this thread. 😡

I second the call for the @ChtyCommission to call an investigation into @JNFuk if Samuel Hayek does not resign or the board does not remove him.

My heart to my Muslim siblings affected by this https://t.co/EBEnJU1iPu

Update: The story was updated to include the response from The Charity Commission