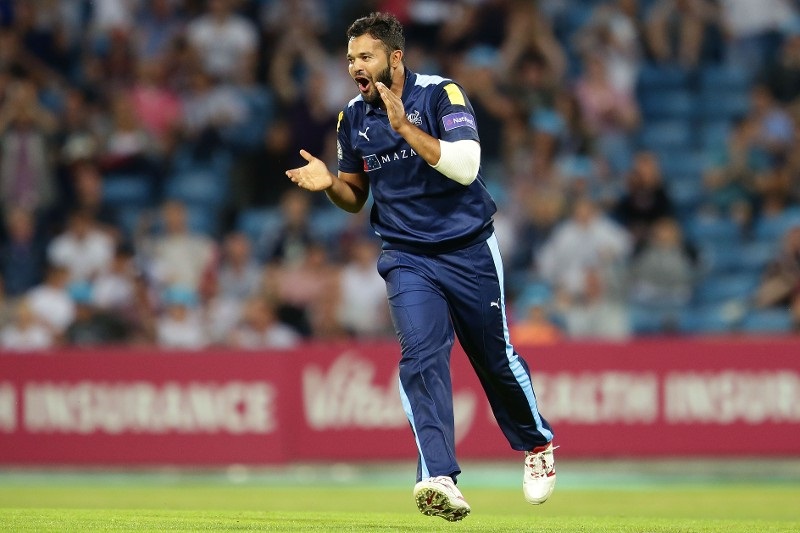 Cricket Azeem Rafiq has called upon the England and Wales Cricket Board and politicians to publish a report looking into racism allegations at his former county team, Yorkshire.

The former captain and off-spin bowler called on Yorkshire's chief executive and director of cricket to resign or be sacked after accusing the county of "fudging" a public apology at the end of a 10-month investigation into their former player's allegations of racism.

He took to Twitter to say: "Inappropriate behaviour" are you sure about that @YorkshireCCC?? You carry on playing with your words & fudging this best way possible ITS NOT GOING AWAY!! #EnoughIsEnough

“Inappropriate behaviour” are you sure about that @YorkshireCCC ??

ITS NOT GOING AWAY!! #EnoughIsEnough https://t.co/W80VZt3lA5

"It's a sham," Rafiq said. "We've waited a year for this report and they are still trying to bury it. Surely now is the time for the ECB to become involved?"

Azeem also went on to say that he was "uncomfortable with several aspects" of the statement.

What prompted Rafiq to slam Yorkshire County Cricket Club was a statement issued that said, "there were many allegations made against the Club most of which relate to a period more than ten years ago. Many of the allegations were not upheld and for others there was insufficient evidence for the Panel to make a determination. It is right, however, to acknowledge from the outset that several of the allegations made by Azeem were upheld and that sadly, historically, Azeem was the victim of inappropriate behaviour. This is clearly unacceptable. We would like to express our profound apologies for this."

Ian Watmore, the ECB chair, said "The ECB's own anti-discrimination code states that any alleged breach must be investigated and dealt with in a 'timely' fashion. Well, it's been more than a year and no-one has been held accountable and nothing has changed. At some stage, the ECB need to act or, by passively accepting the situation, they are part of the problem.

"Why are our politicians not stepping in to ensure this issue is investigated with the transparency it deserves? There's a Test between England and India in Leeds next week. Do they want the issue of race hanging over it?"

"This has never been about money for me and it never will be. I want change. I want the next generation to be able to able to play cricket without the abuse I have suffered."

"Nothing will get done if we leave it to the club. They wouldn't have had an enquiry if the media hadn't forced them into it. Now they'll try to cover up the conclusions. They've had their chance. It's time for the ECB and politicians to step in."

Ian Watmore, ECB chair, said: "We respect the independent process behind the review, and the Club's legal responsibilities to all parties. We also understand the frustration at the length of time this investigation has taken."

"Now that the Club has a full copy of the report, we have today written to Yorkshire to formally request a copy, together with a timeline for publication."

"It has taken considerable courage for Azeem Rafiq to speak out, and it is right that his experiences should have been thoroughly investigated. We now look forward to receiving a copy of the report promptly to enable us to fulfil our role as the ultimate regulator of the game."