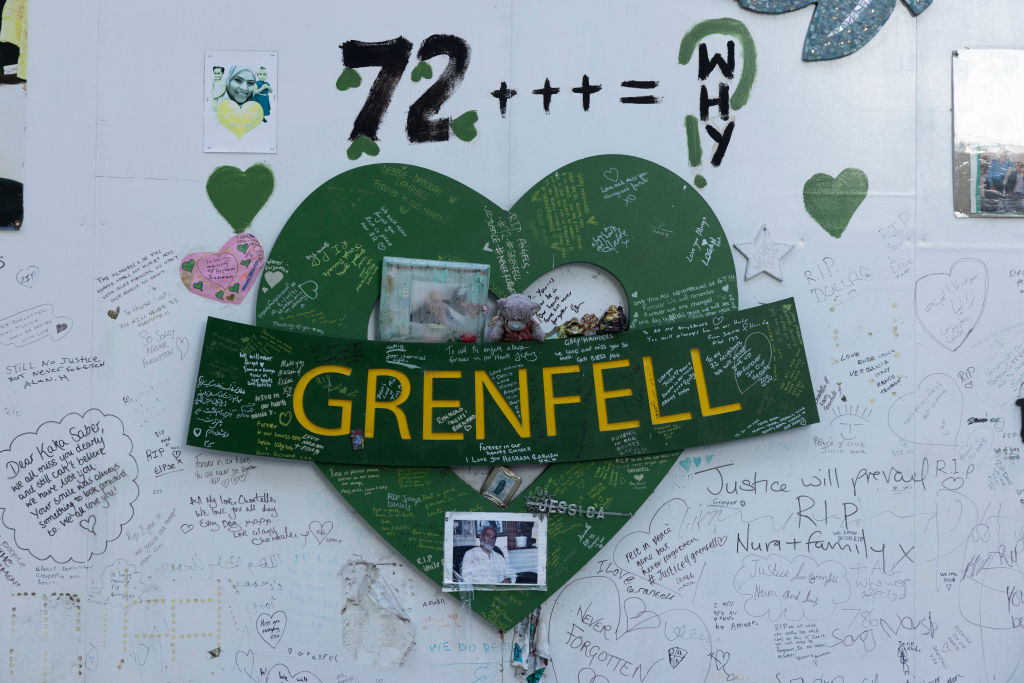 It is five years since one of Britain’s worst modern disasters and tributes have poured in to remember the 72 people who died in the Grenfell Tower fire.

The blaze at the west London tower block on 14 June 2017 led to an outcry over the safety of high-rise flats and prompted the government to look at overhauling building safety regulations.

At a memorial service on Tuesday, faith leaders read out the names of the men, women and children who lost their lives in the tragedy. The then prime minister Theresa May and Mayor of London Sadiq Khan attended the service.

Many of the victims on that fateful night were Muslims and the community has played a crucial role in supporting the bereaved and survivors of the disaster.

At the memorial wall, prayers and duas were made just after midnight — the time the fire broke out five years ago.

"May our mum's, dad's, children, husbands, wives, partners, grandparents and grandchildren and siblings rest in peace. Always remembered," tweeted the Grenfell Next of Kin twitter account.

Tonight at the Memorial wall prayers just as the fire broke out after midnight 5 years ago.
Let their lives not be in vain.
May our mum's, dad's, children, husbands, wives, partners, grandparents and grandchildren and siblings rest in peace. Always remembered. pic.twitter.com/IHpeo6APSz

The local masjid, Al-Manaar, was decorated in green to remember those that passed away.

"May Allah grant Jannah to those who passed and speedy recovery to those still suffering trauma," it said in a statement.

The masjid has also been involved in a project that sees a series of mosaic paving stones installed along the streets of north Kensington as a permanent memorial.

AlManaar today decorated in green to symbolise the day, 14th June, when fire engulfed the Grenfell Tower in 2017, causing the death of 72 people.
Different activities are held today to remember those who passed away as well as those who survived traumatised by the tragic incident pic.twitter.com/BFnox5ugPu

Mayor of London Sadiq Khan released a video and a tweet marking the day.

"Along with all Londoners I stand with the Grenfell community, today on the fifth anniversary of that terrible tragedy, and always," he said.

"Together, we will get the answers, justice and change that we need to protect communities in London and across the rest of our country," he added.

Five years on, families and survivors are still awaiting justice.

A public inquiry into the disaster, which started in 2018, is drawing to a close. The inquiry condemned the London Fire Brigade's "stay put" strategy, in which emergency personnel told residents to stay in their flats for nearly two hours after the fire began.