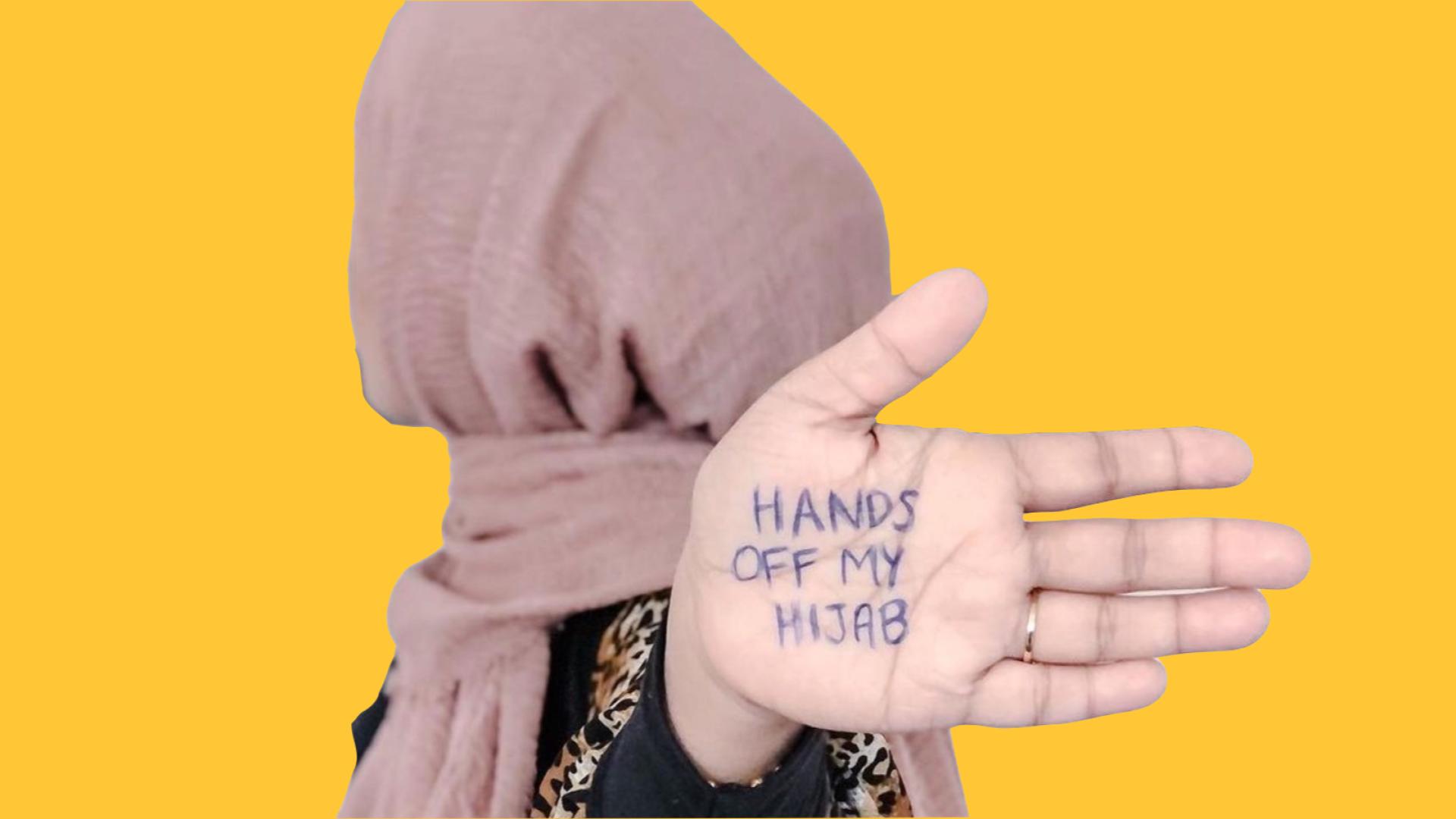 #HandsOffMyHijab is trending across social media, as Muslims across the globe share photos and videos in response and protest to the hijab ban that the French Senate voted in favour of on March 30.

While wearing their hijab, females have written the words “Hands off my hijab” on her palm.

The Separatism Bill would ban Muslim women under the age of 18 from wearing hijabs in public, as well as prevent hijab-wearing mothers from accompanying their children on school field trips.

One of those to share a photo is hijab-wearing fashion influencer Rawdah Mohammad, who lives in Scandinavia, and has over 115,000 followers on Instagram.

"I want to take this opportunity to share the real people that will be affected by this ban and the impact it will have on Muslim Women," she wrote on her caption.

"I refuse to let this pass down without speaking up, it is the very least we can do for ourselves and each other. We are not alone. Please share your stories!

"I strongly believe the only antidote of hate crime is activism. Many governments have been on the wrong side of liberation and equality before. It is our duty as the people stand up and fight for each other´s rights. The Hijab ban is hateful rhetoric coming from the highest level of government and will go down as an enormous failure of religious values and equality."

"I have lost count of the many times I was rejected for a job because of my hijab and not because of my lack of skill. The many times French clients share their worries about booking someone who looks like me while assuring me they are support of me and their love me. it is bittersweet as I very much love French fashion and what it has contributed to my life. The clients who are not at fault for their hostile society against Muslim Women. We all lose."

French-Moroccan fashion influencer Hanan Houachmi, who lives in Dubai, speaking to The National, said: "I don’t understand how, in 2021, in a developed country, we are still talking about how a woman should dress."

“If they’re Muslim, under the age of 18 and want to observe the hijab, they’ll be outlaws. They’ll be committing a felony. This is going to shake their self-confidence and self-esteem.

"It’s tough to be a Muslim, to be an Arab, to be a minority, and all of that pressure from society is a lot to carry around as a teenager. I feel like these young girls will not find a space to exist in society, and that is very scary."

Houachmi was born and raised in France, and left the country when she was 29, and began wearing her hijab after giving birth to her daughter.

“I wanted to set an example for my child and wanted her to always remember me wearing hijab,” she added.