How are Muslim millennials looking for love? 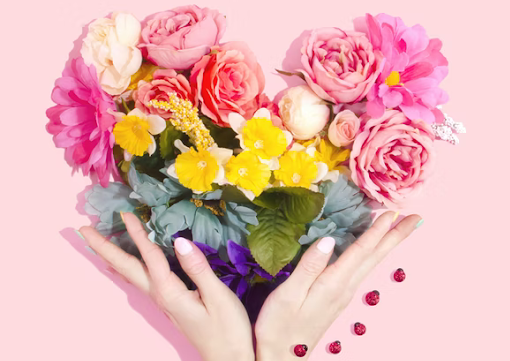 Nailah Dean from Salams - the marriage, friendship and networking app - tells us how Muslim millennials look for a prospective partner.

Millennial Muslims are on the hunt for love. We, the generation of avocado toast and Instacart, are looking in every nook and cranny for the right person that will lead to marriage. While we are doing our best to connect on the ground, through gatherings at the mosque or on college campuses, the opportunities to meet eligible singles are still few and far between.

As a twenty-something year old woman, I can attest to the excitement and confusion that came with embarking in the online space to find a prospective husband. Testing the waters of the matrimonial apps was like taking a dip in opaque waters– alluring and mysterious. Now, after several years of trial and error, these apps have created a real community of Muslim singles resulting in impressive stats that demonstrate their success. ‍

Salams App is one of the front runners in the Muslim matrimonial (dating) app game. Currently, there are 3 million active Muslim users on Salams.  In 2021, Salams successfully matched over 45,000 marriages. If you read the testimonials from couples who were blessed enough to find their other halves, there seems to be a recurring theme: I tried everything else, and this was the only thing that actually worked!  ‍

So what’s all the hype about? Why are Muslim singles relying on online dating to meet their potential spouse? What’s the reason for the success?

While it’s reported that there are an estimated 1.8 billion Muslims world-wide, in countries where Muslims are the minority, it remains very hard to meet one another.

In the United States, for example, Muslims only make up one percent of the total population. With such a small number, the number of eligible Muslim singles is tiny. Because our communities are also so divided and spread out, it’s challenging for the referral process to effectively help young people get married.

For those that do have some sense of community, and still did not find success in their city or even state, the online dating space opens up a new world of possibilities–literally the world! Apps like Salams allow single Muslims to widen their geographic parameters to outside their city, state and even country. Opening up those parameters increases people’s chances of having more matches and therefore more likelihood of finding a good fit.

Our Ummah is rich in diversity. Enter any masjid in a metropolitan area in the West, and you’ll see the various skin colours and styles of dress, and hear an eclectic mix of tongues. Despite this diversity, we still remain siloed by ethnicity and race when it comes to marriage.

More often than not, when matchmaking ensues, the older generation tends to focus on pairing people based on ethnic-cultural bonds, rather than a more Prophetic approach which focuses on deen and character. Matrimonial apps like Salams help break down walls and bring young Muslims from different ethnic, racial, and cultural backgrounds together. While the app does allow you to limit search by ethnicity, those who want to maximise their chances of finding a match do not set preferences.

I personally believe that if we begin educating our communities with more knowledge on what makes a successful marriage, we will shift away from a focus on searching for so much sameness. Research and premarital workshops by organisations like the Family & Youth Institute, educate Muslims on what qualities to search for in a spouse, and what are the overlapping factors between a couple that may lead to a long-lasting marriage.

With this knowledge, I am optimistic that we Millennials (and Gen Z) will have an easier time finding partners.

Traditionally young Muslims have had to rely on their parents or matchmakers (usually elders in the community) to help them find a spouse. Young Muslims should involve their family early on in any relationship because they know their children and can help them through the process of determining if their potential spouse is compatible with them.

However, currently young people are forced to do more of the work themselves: either their parents are not super connected to the community to help them search, or the options they present are so out of touch with what they are looking for that it creates friction in their relationship. In addition, parental expectations, such as the timing of when young Muslims should be married, adds pressure and anxiety to the overall marriage process.

The matrimonial apps remove this stress and provide autonomy where one can bring in parents at the timing appropriate for them. Instead of depending on other people to bring options, the apps allow young people to feel more in control of their destiny. The ability to find a potential spouse is in their hands. In an age where technology is used to shop, get transportation, and earn a living, it only makes sense that technology serves as the vehicle to find love and marriage.

In doing so, young Muslims can do the first part of tawakal– “tie their camel,” by beginning the search themselves, and then placing trust in Allah that the methods will result in fruitful means.

4. Facilitates cruise control (go at your own speed!)

My favourite part about the app is that it allows one to go at their own speed. The journey to finding love and marriage can be long. Along the way, you may get bruised and confused.  When matchmakers or parents are involved in the process, there is sometimes a pressure to continue the hunt even when the mind and body needs a break.

However, the comfort of the apps is that there is no pressure or negative talk when one decides to take a break.  Deactivating your online profile, doesn’t mean you’re out of the marriage game forever. You are simply taking a rest. You don’t have to announce to anyone that you are no longer searching, you simply press a few buttons and “hide” yourself from potential matches.

You don’t even need to delete your profile to remove yourself from online. It’s simple enough to jump in and out of the app, which will provide you with the stamina needed to inshaAllah find your spouse.