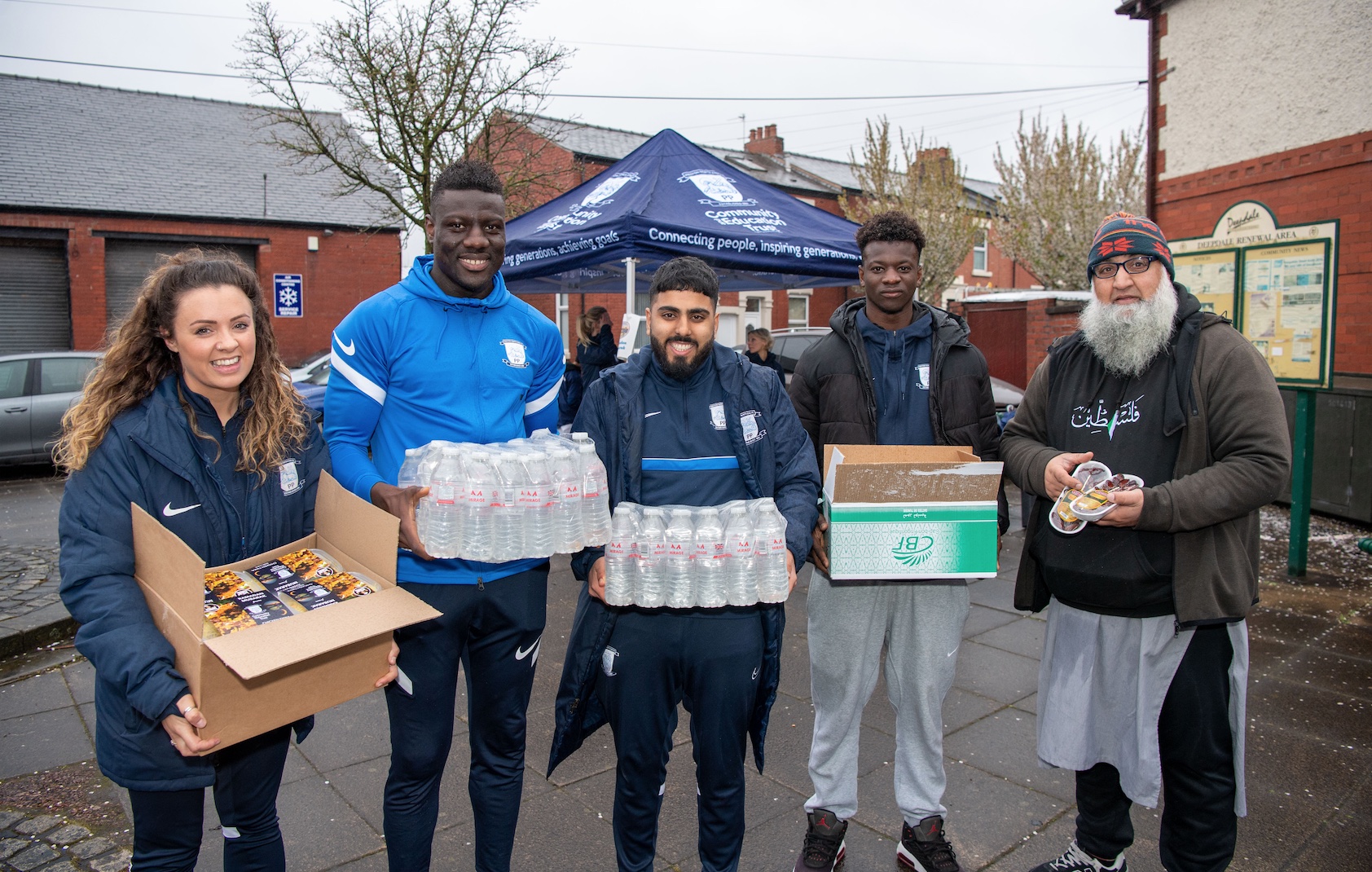 BBC Sport's Shamoon Hafez looks at how Preston North End is leading the way when it comes to welcoming the local Muslim community. The football club is playing an active role in Ramadan and is making the stadium more inclusive for its Muslim fans — it has plans for a third prayer room, having only opened its first at the start of the season.

Sport and Islam are becoming increasingly intertwined with religious beliefs visible on the field of play.

This is particularly the case for Muslim footballers, who are seen making dua around the circle before kick-off and performing sujood after scoring a goal.

Last year during Ramadan in a Premier League game, there was a brief pause in play to allow Leicester City defender Wesley Fofana and Crystal Palace midfielder Cheikhou Kouyate to break their fasts with water and energy supplements.

This option is available for players this season too, with 52 evening matches taking place featuring Muslim players at top-flight English teams.

But while those adjustments are well documented for professional footballers, what is happening behind the scenes at clubs?

Championship side Preston North End are leading the way with their engagement among the Muslim community, with around 20% of the city’s 145,000 population from a South Asian background.

Engaging with the local community

Last year, the club’s community arm distributed 3,000 Iftar packs containing water, dates and fruit to residents in Deepdale - the area around their stadium - and they also gave out Asian sweets during Eid.

Such was the impact, it was named Project of the Season for the Championship at the EFL award and described as having “won judges over with its innovative project supporting members of its local community”.

“People were really surprised and didn’t expect it. In the past, the club had not done much for the South Asian community so it was the first time they had given something back. People had not witnessed anything like it before and were really thankful to the club coming out.

“It was an educational process not just for the people we visited but our staff too. They had minimal knowledge about Ramadan last year, the reason behind it and what the purpose of fasting is. By us launching this initiative, our staff are now able to answer questions from non-Muslim supporters.”

The programme has continued this year too, with biryani, water and dates handed out on the street in three areas of the city with a predominantly South Asian community.

Events and facilities tailored towards Muslims

The club’s Muslim defender Bambo Diaby said he was “excited” at helping out on one of the days, saying the work being done by PNECET is “very big and special”.

He commented: “It’s a big step for everyone, it’s a big step for Preston as well and for me, especially because I am Muslim and I know how the Muslims are feeling now in Ramadan and [we want] to do many more things like this.”

The club will also be hosting an Iftar to tempt new supporters in for games and to make them feel welcome, while staff will also be fasting on that day.

Patel says: “It was initially my idea when we launched the Ramadan project to host a series of events tailored towards the South Asian community. We felt the Iftar would be a good introductory event. I have had over 200 emails from people wanting to attend.

“It is about bringing the whole community of Preston together at the stadium, opening the doors for them to feel comfortable. If they come on a match day, they get the feeling that they have been there before and the club care about the community.”

Meanwhile, significant efforts are also being made to aid the needs of Muslim supporters attending matches who don’t want to miss their salah.

Patel added: “At the start of the season we launched a prayer room which had about five people at the first game. This has now grown to around 45 using the room. It is definitely increasing and we launched a second prayer room at our last game against Blackpool.

“We had people waiting outside at half time and then missing the start of the second half. We do have plans for a third prayer room as demand continues to grow.”

With Preston at the forefront of engaging with the Muslim community and accommodating their requirements at games, other clubs may look to follow suit and emulate the societal success of the Lancashire side.