Feature: How the shame of gambling stops Muslims from seeking help 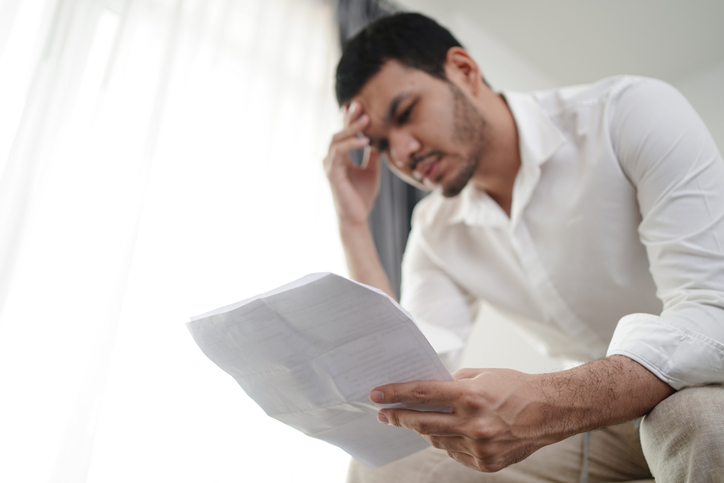 Gambling is one of those taboo topics that's not talked about in the Muslim community.

Yes, we all know gambling is haram. But sometimes as human beings we can fall into things that aren't good for us. So, what are some of the dangers and traps out there that can lead Muslims into gambling?

Traditionally, people associated gambling with going to the 'local bookies.' But now there are many ways to get ensnared by it; from spread betting during a football game, to playing seemingly innocuous games on the mobile phone.

Phones are a particular danger for children as it can introduce them to games that have gambling-like characteristics and features.

In recent years, concerns have been raised about loot boxes, which often appear as chests, crates, or card packs, in video games.

Critics say these features have similarities to gambling — players only see what they get after paying to open the contents. And there are fears this could encourage children to gamble.

"You pay to purchase mystery boxes. It's a gambling-like behaviour - almost like lottery, cause you pay for something not knowing what you'll exactly get and that can be quite addictive," says Suhayl Patel, the BAME Programme Manager at Beacon Counselling Trust, a counselling charity that provides treatment to people who fall into gambling addiction .

The UK government certainly thinks it's an issue. A whitepaper that proposes wide-reaching reforms to the gambling industry is imminent and loot boxes could fall within its remit.

Suhayl says loot boxes have been banned in places like Belgium and the Netherlands. "It only serves to groom our children into becoming fully-fledged gamblers," he adds.

Gambling in the Muslim community

And he should know a thing or two about gambling.

Despite coming from a religious background, Suhayl fell into gambling after facing some financial difficulties. The addiction soon turned his life upside down.

"Coming from a conservative community, and spending a good portion of my youth engaged in Islamic dawah activities, I didn't see myself ever getting involved in gambling," says Suhayl.

"What seemed like a way to solve a financial pickle, quickly escalated into a hardened addiction in which I lost a marriage, reputation, and employment," he adds.

Suhayl believes what made the addiction worse was the shame — and that turned him into a secret gambler.

In a recent episode of NewsTalk, Islam Channel discussed the issue of gambling in the Muslim community.

Imam and counsellor Ajmal Masroor said Muslims are in denial about the problem and it's not an issue that gets discussed much from the pulpits.

A lot of his counselling clients have gambling issues.  "One person has gambled away all their family savings for the children's education," he said on the programme.

"Another person has gambled away all the assets of his company to the point of bankruptcy. And another young boy has taken away his father's credit card and racked up a bill of about £40,000 on online gambling, just playing it on the phone," he said.

The shame around the sin of gambling

As Suhayl mentioned, what often prevents discussion on this issue for the Muslim community is the shame and stigma attached to gambling.

Muslims don't gamble due to the religious prohibitions but if someone does make that mistake, and develops problems with it, they feel they can't go to anyone.

"One thing that we know about the Muslim community is because there's shame attached to it, and there's a stigma, they don't want to talk about it," Asma Akbar, the education manager at Young Gamers & Gamblers Education Trust, told NewsTalk.

Asma's charity is having success in educating Muslims and breaking the stigma of talking about it. The charity has carried out workshops in the community and trains faith leaders and Imams on the topic.

"We've actually had positive feedback," she said. "What we can say is the Muslim community know that this is a discussion that we need to be having with our young people."

WATCH: The NewsTalk episode on gambling in the Muslim community

Suhayl agrees that opening spaces in masjids and destigmatising conversations around gambling will help.

He also thinks dealing with gamblers in a non-judgmental way makes it easier for the gambler to accept their problem — just as it did with him.

"What I advocate is those who are struggling [with gambling] to be shown empathy and compassion," says Suhayl. "It is only through that non-judgemental engagement that we will break the denial that exists amongst gamblers."

As for his own journey, Suhayl has got his life back on track and his experience is giving hope to other Muslims who have found themselves in a similar situation.

"Alhamdulillah, I found recovery through the Beacon Counselling Trust and some good Muslims in the community.

"I also got married again. So, for those who are struggling, there is a way out and life beyond gambling addiction."

If you're a gambler or know someone who has a gambling problem, contact The National Gambling Helpline and they can direct you to the right local support. Young people can also reach out to The Muslim Youth Helpline.

Newstalk is Islam Channel's current affairs programme — watch it on Thursdays at 9pm.