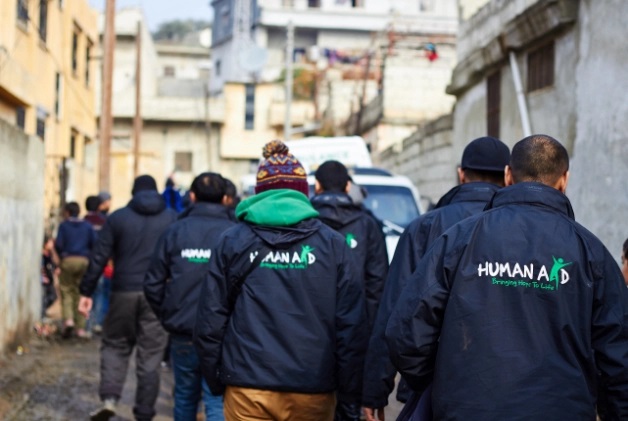 Human Aid welcomed the closure of an investigation by the Charity Commission against the charity but accused the regulator of being 'an extension of police and security services harassment policy'.

The non-ministerial government department has been undertaking a two-year investigation into the charity. On Thursday, it reported evidence of 'misconduct and/or mismanagement' at Human Aid but it is not taking any further action against the charity.

"There have been improvements in the Charity's governance and the trustees have shown a willingness to take on board the regulatory advice and guidance provided by the Commission," said the report.

Human Aid UK said in a statement: "This vindicates a number of claims that Human Aid UK made over the past two years asserting that the Commission was being excessive in its approach and effectively acting as an extension of police and security services harassment policy.

"The wasteful inquiry has lasted over two years and was triggered by the heavy-handed seizure by police of charitable funds destined for Gaza."

The Commission says it strongly rejects any suggestion of bias in its investigation.

The regulator opened a statutory inquiry into Human Aid in August 2019 after police stopped staff at Heathrow Airport under the controversial Schedule 7 counter-terrorism laws and confiscated money. Staff and volunteers were on their way to an aid mission in Gaza Strip.

The Commission continued the inquiry even though the police were forced to return the funds in May 2020 after their investigations found nothing illegal.

The charity said it has complained in the past about "police harassment and institutional Islamophobia" to the Commission. In addition, it has spoken to several Muslim charities who all have "cited continual harassment and Islamophobia from the Police, Security Services, as well as the Charity Commission."

Nur Choudhury, Chair of Human Aid UK, said he was pleased that no further action would be taken but attacked the Commission for using "defamatory and inaccurate" language in the report.

"It includes unnecessarily incriminating language that we feel is defamatory and inaccurate, and which casts undue suspicion on us and Muslim charities in general, putting us in a position where we must spend extra energy dispelling unwarranted assumptions."

"When we compare the language and format of the Commission's report into much more serious allegations against Oxfam, for example, we do feel that there is evidence of a problem of bias and Islamophobia at the Commission."

"We hope that this report opens dialogue into these problems, and that the Commission finally agree to our request for a meeting with them and other Muslim charities to solve this pressing issue."