Interview: translating the Quran to Rohingya 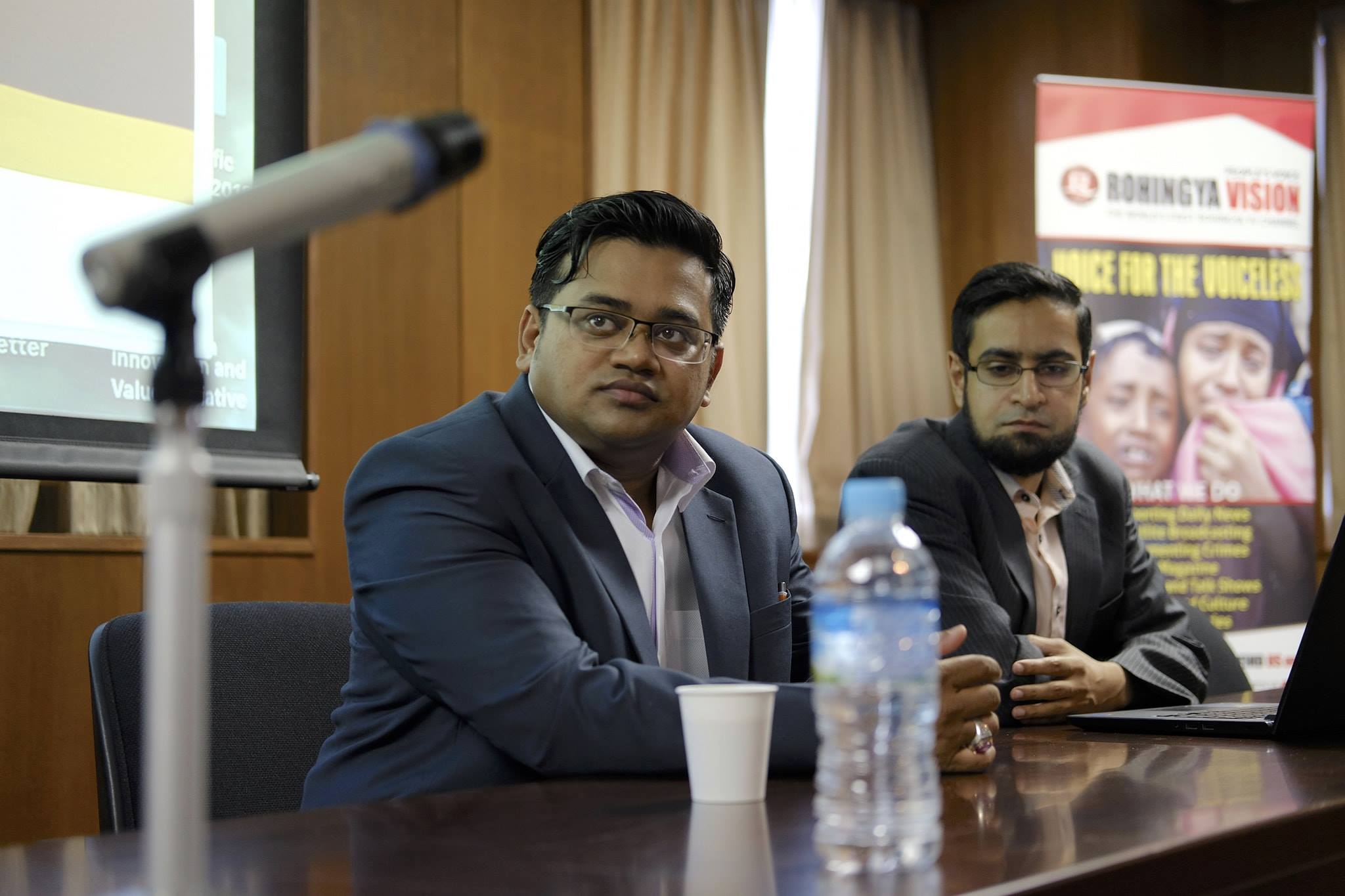 The Rohingya people are a Muslim ethnic minority indigenous to Myanmar. As a result of the brutal military oppression, which they have suffered from Myanmar's army, they have not had access to the holy Quran in their native language; until now.

Muhammad Noor, CEO of Rohingya Vision explains how and why he has translated the holy Quran to Rohingya

Muhammad Noor, the CEO of Rohingya Vision, raised $20,000 towards funding for an audio and video translation of the Quranic text, making the teachings of the Quran easily accessible to most people, many of whom can neither read nor write in their native tongue, let alone Arabic.

Despite this, he says that many Rohingya do "read the original text in Arabic. A lot of Rohingyas are known to have memorised the Quran by heart."

He explains that translating the Quran has not been the most straightforward task: "The methodology that we are implementing is that there are already existing translations available in English and Urdu."

"We are just now taking that translation which many different institutions around the world verify. We're taking those translations and putting them and researching them into Rohingya vocabularies and rolling the words and making it understandable because Arabic and especially the Quran is such an elegant language. Arabic is such a vast language. So to put it into different languages is not an easy task. But many have already done so in English and Urdu, and many other languages. So we are taking all those versions and getting inspiration from those and putting all this into writing your word. It's definitely not easy, but Alhamdulillah what we have so far done is quite good."

He describes the reaction from those who are experiencing his translation for the first time: "understanding it in your language, it gives a different perspective. So people have been excited and happy."

"We have a great responsibility to make our situation better"

The government of Myanmar refuses to recognise the Rohingya as citizens. Being stateless himself, Noor knows only too well the struggles and the oppression that his people face, as a result of being a Muslim person in Myanmar, which he describes to Islam Channel in an interview:

"They live in different countries, especially in the diaspora. And of course, (they have become)the victims of genocide." Mohammad explains. "And since the beginning, we have been in a struggle to get our personal lives better and making other people's lives better. So we have a great responsibility to make our situation better and for our fellow Rohingyas across the world."
‍

"So I've been working on multiple projects, building some institutions for the Rohingya people worldwide. The first thing that I started was when I was 15 years old, developing the script into digital format. So today, Rohingyas can read and write in a digital format, using technology, any platform, mobile or computer, etc."
‍

"We built the world's first Rohingya Media and news network, training citizen journalists to tell our side of the story to the world, and alongside that, many other projects. So one of the projects that we have been working on is the Quran project. Being Muslim, it is extremely important for us, for Rohingya, a persecuted nation, to understand the word of God in their language. So it is it's almost 1400 years now since the Quran was revealed, but we do not have a Rohingya translation for it. So that's why we started in 2012. But it discontinued later on. But in February this year, we started again."

A brief history of the Rohingya

For those who don't understand the overall context of the Rohingya people and their history, Muhammad gives us a brief history of its people.

“Rohingyas belong to Arakan, which comes from the word of Al-Rukun. It is an Arabic word. Rohingya people had been living for centuries in Iraq, and so back in the 1780s, Burma attacked Arakan and made it into one of their states. So from a nation, we became minorities in Burma. Then the British came over, and they ruled the subcontinent, India, Bangladesh, Pakistan, and then some part of Malaysia and Burma and so on."

"When the British left upon our independence, Rohingyas were considered full citizens of Burma up till 1982. (However) Burma turned into a dictatorship by a military coup in 1962. So that's where the Rohingya genocide cornerstone was set." He explains how in 1982 the Citizenship Law effectively denied citizenship to the Rohingya saying: "So this way, we became stateless, so no country, no state recognition."

"And since then, everything that we had, has been disowned. It's like it has given the majority of the people licence to run after us, to kill us, to go to our property and to loot. Also major, major massacres have happened."

"Most of them are refugees and stateless in different countries, in Malaysia, in Bangladesh, in India, in Saudi Arabia, in Pakistan and many other parts of the world."

"Do not ever think that what happened to the Rohingya will not happen to you. It can happen to anyone. Look at Syria, look at Yemen, those who are scientists and engineers - overnight, they became refugees, they are struggling in the streets of London, the streets of Italy, refugees, left and right, you can see for yourself. So, it is time for us to show some compassion and help each other in whatever way we can. And I believe Rohingya is not a responsibility for the United Nations or countries but individuals. Because Allah will ask you at the end of the day, what have you done?"

"Other marginalised communities like us, like Kashmiris, Palestinians, and many others like Syrians and Yemenis. The list goes on. So we have to be compassionate towards everyone, especially those who are in well-to-do countries. They must look at themselves and say that we thank God and, at the same time, not thanking God just by word, but also thanking God by our actions, helping other people who are marginalised."