Over 1 million UK viewers in first 2 weeks of Ramadan 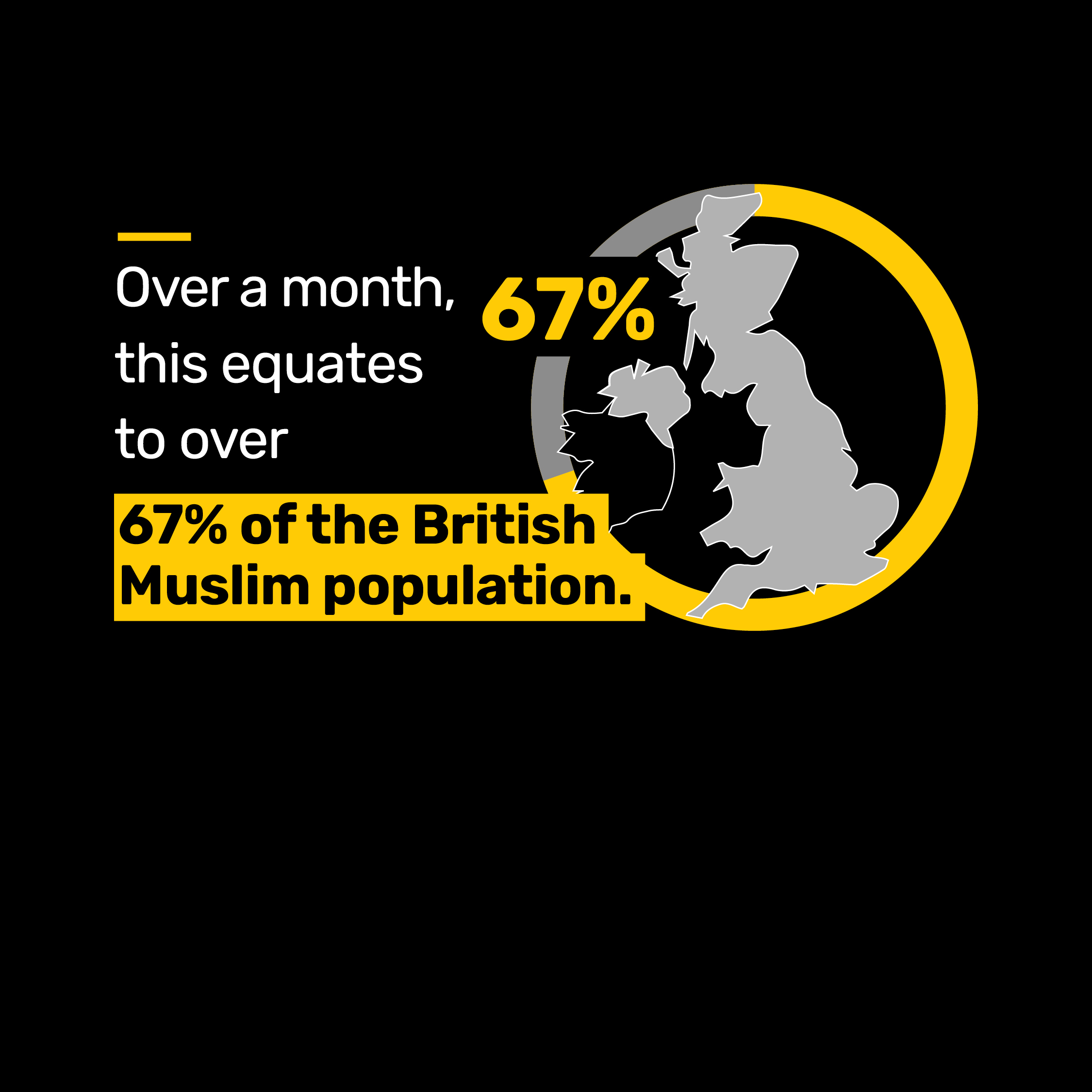 A record-breaking Ramadan for Islam Channel

It’s official – over 1 million viewers tuned in to Islam Channel to watch live TV in the first two weeks of Ramadan. This is according to the latest viewing figures from BARB, the UK’s industry standard television audience measurement service.

Overall, this equates to around 67% of the UK’s Muslim population, watching the channel over a one-month period. BARB figures only relate to UK TV viewing, but Islam Channel is watched on TV by millions more around the world and online on its digital platforms.

BizAsia which reports on Asian media, ranked Islam Channel as the number one TV channel, watched by British Asians, in the first week of Ramadan.

CEO, Mohamed Harrath said: "Initially, we did have some reservations about working with BARB for audience measurement. It's notoriously difficult for niche channels to get accurate figures, especially when we have no idea how many Muslims are on their viewing panel, as the religion of its members isn't even recorded."

He continued: "We were happy, therefore, to see that the figures are broadly in line with our expectations and that they bear out our previous estimate that over 60% of British Muslims will be tuning in to Islam Channel this Ramadan."

Altogether, it’s been a record Ramadan for the channel, which has also seen donations from its generous audience, to the nightly live appeals by its charity partners, rise by over 40% year on year. 2020 was itself a record-breaking year, with £1.5 million raised in a single night in one charity appeal.

In addition to launching a new website, Islam Channel has also recently launched new state-of-the-art apps. You can download the apps from Google Play or Apple’s App Store and watch anytime, anywhere.