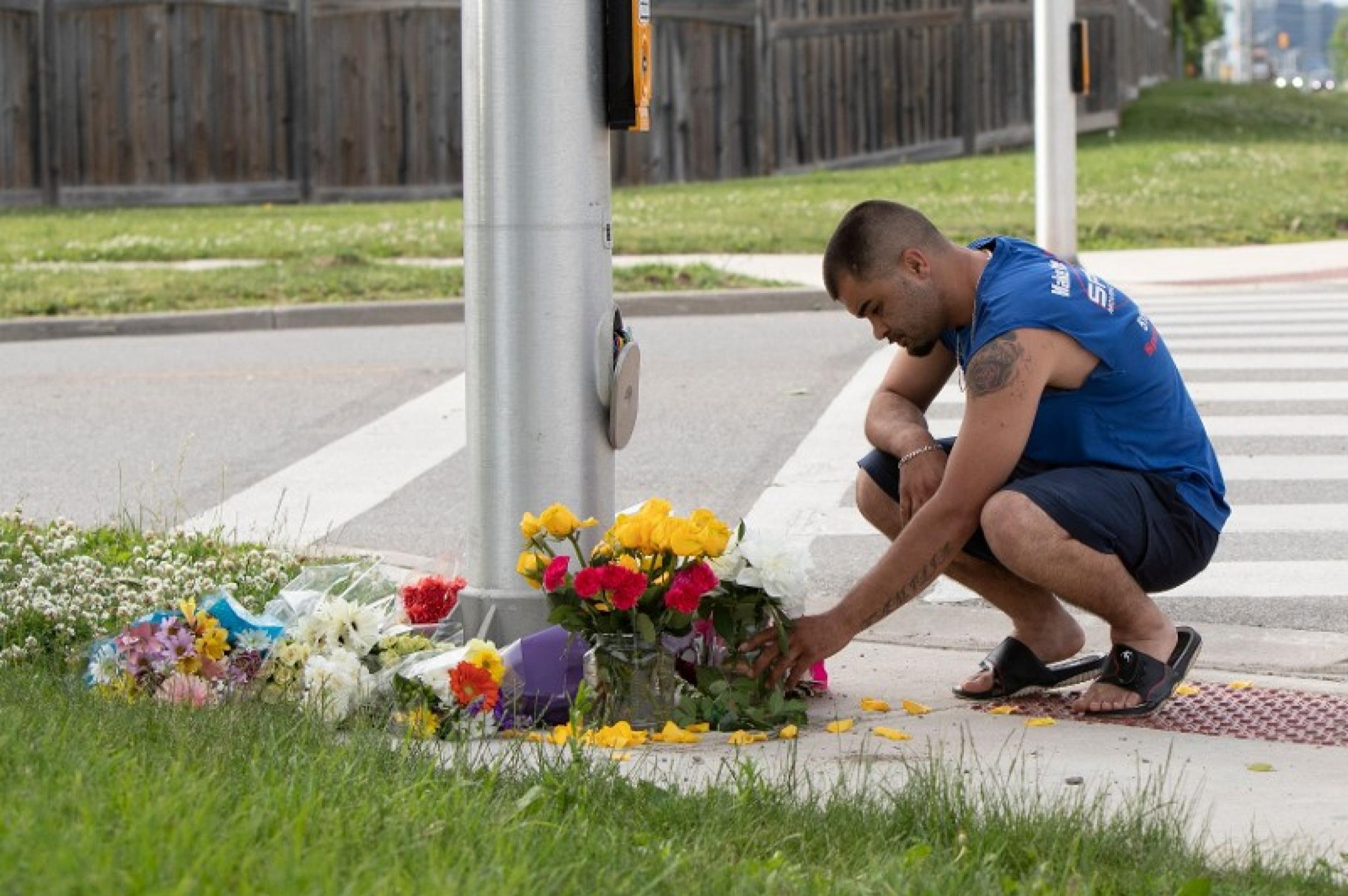 An Islamophobic attack has occurred in London, Ontario, where a hit-and-run took place, killing four people on Sunday. The city, which is 200 kilometres (120 miles) southwest of Toronto, has a population of around 400,000. It is the largest mass killing in the city's history.

According to Canadian Police, a group of five people from the same family were waiting to cross the road before being struck down by a man in a black pick-up truck, as the vehicle jumped the curb at about 8.40 pm local time. The vehicle sped off as soon as it had hit the group, indicating that this was a deliberate attack.

The authorities have a man in custody named Nathaniel Veltman, 20, who was found by the police 4 miles from the incident. He was arrested without any further incident, according to Detective Supt. Paul Waight, as the truck ran a red light and sped off immediately after the attack.

The Detective also said that Veltman was not linked to any hate groups and had no known criminal record. Veltman was charged with four counts of first-degree murder and one count of attempted murder.

All victims have yet to be named by the police, but it is believed that they are a Pakistani family who emigrated to Canada 14 years ago. According to the local daily newspaper, the London Free Press, they're named as Syed Afzaal, 46, his wife, Madiha Salman, 44, and their 15-year-old daughter, as well as Yumnah Afzaal, Syed Afzaal’s 74-year-old mother. Their 9-year-old son is named as Faez Afzaal.

London Mayor, Ed Holder, said this was an attack that was "rooted in unspeakable hatred."

"We can say this isn't who we are, and I know that to be true," Holder said. "Words, though, are not enough. This act of unspeakable hatred, this act of Islamophobia, must be followed by acts of compassion, acts of kindness, acts of empathy, acts of solidarity, justice and, above all, love."

My heart breaks for the families of the four individuals who were tragically killed last night in Hyde Park. Words can never express how we feel at this time, and I know all of London shares in that grief. We await further updates from @lpsmediaoffice on this unspeakable tragedy.

Canadian Prime Minister, Justin Trudeau, also expressed his sadness on social media, tweeting that "Islamophobia has no place in any of our communities. This hate is insidious and despicable - and it must stop."

To the Muslim community in London and to Muslims across the country, know that we stand with you. Islamophobia has no place in any of our communities. This hate is insidious and despicable - and it must stop.